Combining sales chops with technical prowess takes finesse.
Written byBrian Nordli
Brian Nordli
Associate Editor at Built In
Brian Nordli is a Built In associate editor for the expert contributor network, where he edits articles on data science, software engineering and more. He has previously worked as a staff reporter for the Las Vegas and Reno Gazette-Journal.

Daniel Fay learned how to be a customer success engineer from his parents — or rather, he learned it from explaining technology to them for the last two decades. As a child, Fay’s aptitude for tech made him the family’s de facto tech translator. When his parents purchased their first home computer, it was up to him to explain why the computer wasn’t booting up, or why it was slow, or why the confounded machine wouldn’t print something. When they purchased a Wi-Fi router, he would drive home from college to reboot it each time it disconnected.

Plenty of times, his explanations failed and devolved into arguments, but over time, he learned how to empathize with his parents. He learned strategies to use to demystify the technology and how to relate to their struggles. More importantly, he learned how to breathe so as to not match their frustrations. 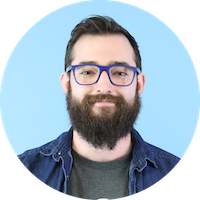 “Getting into that mindset of helping family starts a foundation of how to have those conversations because dealing with family can be incredibly frustrating,” Fay said. “It sets the foundation of asking yourself, ‘How do I work with this individual to make sure all parties are happy, and I also fixed the issue.’ You just want to make the customer happy.”

Those skills are the same ones he draws on as JumpCloud’s customer success engineer, where it’s his job to explain the company’s cloud-based active directory platform to new customers. It’s a role that demands an engineer’s technical aptitude and a salesperson’s relatability.

“Our challenge is to make sure our sales hat is on all the time, and to continue to think about the sale and not just the engineering.”

At the cloud communication service Intermedia, sales engineering manager Kim Withrow describes the position to her team as “big S, big E,” to emphasize the duality of priorities. On any call, her ability to connect with a customer while explaining intricate technical details can make or break a deal. Since Withrow and most of her team come from an engineering background, homing in on that sales process is critical.

“Our challenge is to make sure our sales hat is on all the time, and to continue to think about the sale and not just the engineering,” Withrow said.

Whether you’re a customer success engineer or as a sales engineer, finding that balance on a call can be tricky. Some customers are highly technical, while others may be more like Fay’s parents, with little to no background in tech at all. We spoke with Fay and Withrow about how they navigate that balance to close deals.

Succeeding as a Sales Engineer

Speak to the customer’s level of expertise

When Withrow joins a sales call to talk to a customer, she never assumes that the person is a technical expert. 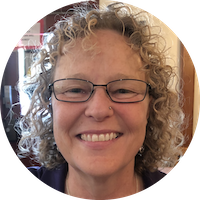 Even if the job title is director of IT, what that means and the extent of a person’s IT knowledge varies from company to company. Instead, she tries to get them talking as much as possible about their previous products. This gives her the cues she needs to know how to speak to the customer. If they start describing protocols, she’ll pull out the expert’s jargon and acronyms. If they drop lines like, “I go to the thingy,” she may break out more relatable, detailed descriptions.

Talking to a customer on their level is crucial, Withrow said.

Throughout the call, she’ll also pepper in lines like, “You probably know this, but” or “What I mean by this is.” Those lines allow her to check in and gauge if the person is following along without offending them.

“If you have someone who is really technical, then you show them your technical chops.”

Fay keeps a notebook full of anecdotes to describe JumpCloud’s active directory services. He often tries them out on friends and family, like a standup comedian would workshop a joke, to see which examples land and which don’t.

One of his go-to examples is to compare obtaining web identification authorization to getting a license at the DMV. Using a well-timed anecdote like that to explain tech can make it more relatable and memorable for the customer, he said.

“When trying to explain security or authentication mechanisms, you’re taking this highly complex issue and breaking it down into something common like the DMV that’s fairly universal,” Fay said. “So analogies are huge leverage points to help convey complex topics.”

Be prepared to pivot to make a sale

When Withrow joins a customer call, a salesperson has usually filled her in on which of Intermedia’s products the person is interested in learning about. But that doesn’t always turn out to be the case.

While Withrow may come with a presentation planned, she’s also ready to pivot on a moment’s notice. She’ll also ask questions to gauge the product’s relevancy, like:

“I’m just asking a lot of questions and having that conversation,” Withrow said. “It’s really the only way to know where they’re at.”

Understanding exactly what the customer wants can create opportunities to upsell or show them relevant products too. The most difficult challenge is when a customer wants something Intermedia doesn’t provide. Withrow said the toughest thing to learn is to never say, “No, we can’t do that.”

Instead, she tries to pivot the conversation with alternate solutions. Doing so keeps the deal alive and creates a more positive interaction.

“There are ways you can phrase it to the customer, saying, ‘We can’t do it quite like that, but we can do it over here, this way,’” Withrow said. “There’s just things you can do that don’t stop the deal dead in its tracks.”

Make time for both sales and engineering prep

Since most people on Withrow’s team have an engineering background, a lot of their training is aimed at improving sales techniques. One of the most helpful trainings they’ve adopted is to listen to each other’s calls during staff meetings and offer feedback as a group.

“We’re constantly listening to ourselves, figuring out how we can do better, but we’re also listening to each other and stealing ideas,” Withrow said. “This happens a lot in our team meetings.”

The sessions have helped members of the team find ways to improve their presentation on calls and generated new tips on how to describe a technical detail or connect with a customer. Withrow said a successful call is one in which the person is enthusiastic, the demo is individualized and the sales engineer is asking lots of questions to connect with the customer.

“If you don’t make time for yourself, you’re going to burn out. Period.”

Meanwhile, once a quarter, the sales readiness team conducts a sales training with her team to help people with their presentation skills. Right now, Withrow said her biggest battle is to eliminate filler words from her speech.

When Fay’s parents or friends ask him what he does, he jokes that he’s the company’s renaissance person. It’s his job to help sell the product, train customers, offer tech support and fix technical problems.

To keep up with the latest product developments, support tickets and customer demands time management is crucial, Fay said. He keeps a detailed calendar with what he’s doing at each hour to make enough time for all of his responsibilities. But he also makes sure to schedule breaks to walk around during the day, because jumping from sales- focused tasks to technical ones can be exhausting.

Know when to Fight for a voice in the room

When Withrow joins a call, she knows that, more often than not, she’s going to be the only woman in the room.

While it’s been that way throughout most of her 25-year career in tech, she said it can still be intimidating. Now, in a sales engineering position, it’s her job to command the attention of men in the room and instill confidence in the product. Some days, she doesn’t even notice the dynamic and breezes through the presentation, but she counts those as her good days.

“Sometimes I don’t even notice it,” Withrow said. “I’m in my groove, I’m just doing my thing, and I get off the phone and it’s like: ‘Wow, that was just me and 10 guys and I didn’t even realize it. That was cool.’ But sometimes your self-doubt can be limiting.”

But then there are times like a call she had with a company in Japan, on which every other participant was a man. When it was her turn to describe the product, the customer interrupted her and shut her down.

Still, Withrow has found ways to push past those biases and her own self-doubt. She participates in the National Association of Women Sales Professionals, spends a lot of time reading articles and goes to trainings to hone her skills. She recently held a workshop on presentation skills for women.

She also pumps herself up mentally before calls. While her company supports her, she knows it’s on her to make sure her voice is heard. To combat the interruptions that often occur, she’ll use phrases like nicely saying “Oh, well let me finish,” or kindly repeating her input until the room is ready to listen.

Still, it can be tough navigating a relationship with a client not knowing if their reactions are because she’s a woman or because she’s not connecting with them, Withrow said.

“You never really know what is because you’re a woman or because you’re just you,” Withrow said. “You can’t separate those categories to know exactly what’s causing things.”

“I would like to see a lot of companies really take steps to try to nurture and grow women and other minorities so that they can step into those leadership roles and not just continue to do the same thing that, you know, makes it really easy for cisgendered white men to do their thing,” Withrow said.

No Events, No ProblemHow Do You Pivot a Marketing and Sales Strategy Built Around Events?