What Is Software Engineering? What Does a Software Developer Do?

What Is a Software Engineer?

Software engineers are the people that make the digital world tick. They’re responsible for revolutionary social media apps, like Twitter and Instagram, programming the future of autonomous transportation, robotics and even for this fantastic website you’re reading right now. In short, whenever you’re interacting with a website, app or digital screen, you’re encountering the work of talented software engineers.

Software engineers are, in a nutshell, computer science professionals who use their vast knowledge of engineering principles, methods and languages to create, maintain and update computer software. The software engineering field is very broad, with engineers having various roles and technical expertise. Everything you see on your computer isn’t just magic. It takes a team of highly dedicated engineers, using their varying skills to bring you the information, media or digital experience you want right away.

What sets software engineers apart from most other professions is their flexibility and agility. Whether it’s switching back and forth between different, highly-complicated projects on a daily basis or keeping up with the latest industry technologies and trends, software engineers must stay nimble to provide the best digital experiences possible.

Another trait most successful engineers possess is the ability to effectively communicate. Engineers must work well with a team because projects nowadays involve many different technologies, coding languages and specialties. Most projects are compartmentalized to where each individual engineer works on a certain aspect and then passes it to the next engineer who continues the process. In this case, excellent communication skills are a must to ensure the product gets developed efficiently and works correctly for the user.

As stated above, engineers have unique skill sets that allow them to perform certain computer engineering tasks. It usually takes a whole team of different types of engineers to efficiently produce successful applications. Below are just a few of the most in-demand types of engineers.

Front-end engineers specialize in the development of customer-facing products. These user interface (UI) engineers deal with everything from cross-browser compatibility and fixing bug issues to incorporating design elements that provide the smoothest user experience on applications and websites.

Back-end engineers specialize in the logic, performance and coding of the application that users don’t see. These engineers focus heavily on the code that is able to flawlessly execute every action you take when using an application. Back-end engineers rely on different databases, caches, programming languages and Application Programming Interfaces (APIs) to make sure the back-end is free of bugs and running smoothly.

Full stack engineers are highly sought after because they have the knowledge and skills to handle both front- and back-end engineering tasks. Not only can these engineers create clean, working code on the backend, they also can implement design elements that help to create the best possible user experience.

Security engineers are becoming highly sought after because of their importance in maintaining the health of an entity’s cyber infrastructure during disruptions such as natural disasters or cyber attacks. Security engineers use varying forms of cybersecurity tools to make sure their databases, systems and infrastructure are always safe from harm. The need for security engineers will grow even larger as cyber threats grow larger and more advanced than ever before.

DevOps is a portmanteau of the phrases “software (dev)elopment” and “information-technology (op)erations.” DevOps engineers are in high demand because they are familiar with the DevOps practices that help reduce the time it takes to take an application from inception to launch, without reducing the overall quality of the work. In other words, DevOps engineers are highly-skilled at offering the highest levels of efficiency for software development.

In 2019, it was reported that 95% of all websites used JavaScript. This language plays a major role in front-end development to assure that interactive web pages run smoothly and function correctly. In addition, it’s an extremely flexible language that allows even beginners to pick up on it quickly.

Python is an open source, user-friendly language that shines when it comes to code reusability and readability. The language is used for a wide variety of software engineering projects that range from application development and database creation to building AI and machine learning systems.

These companies have plenty of open dev and engineering jobs available right now.

C is one of the original programming languages. Developed in 1971, C is still highly regarded for its ease-of-use when building high-performance applications. It’s mainly being used today in burgeoning areas of technology, like virtual reality, computer graphics and gaming.

Golang (or Go, for short) is an increasingly popular programming language that has a similar syntax (rules for structured symbols) as C, but with enhanced memory security, readability and high-performance multiprocessing. This general purpose language, developed by Google, is used by companies like Uber, Docker and Medium to build fast and flexible applications.

If you’re a software engineer or looking to become one, you’re in luck. Software engineers have one of the healthiest job outlooks of any occupation in the world. Software engineers will always be in-demand as technology keeps evolving and innovation keeps growing at high rates. According to the U.S. Bureau of Labor Statistics:

Some of the sectors with the most need for software engineers are transportation, retail, e-commerce, media/entertainment and finance. Additionally, emerging technologies, like AI and machine learning, have made it to the forefront of the most in-demand technologies engineers should know.

All those employment statistics are great, but the real question everybody wants answered is how much money does a software engineer make? Engineers have one of the healthiest salaries in the country. According to the U.S. Bureau of Labor Statistics:

How to Become a Software Engineer

How to Become a Software Engineer

Truth be told, there isn’t one exact formula to become a software engineer. Sure, a degree in computer science helps you understand the basics of the world of software engineering, but that isn’t the only way to get your foot in the door. Software engineers come from all walks of life, but are all united by one major characteristic: passion. Passion for the industry, the technologies you work on and the product you’re building will propel you to a long, fruitful career as a software engineer. Not only should you be passionate about the code you’re producing, but you should also be passionate about the product you’re working on.

Along with a genuine interest in the field, software engineers must have an innate ability to communicate and act as team players. Everything needs to be communicated precisely so a line of code isn’t written wrong or a design isn’t installed incorrectly. One small miscommunication could result in the breakdown of an entire project. Successful software engineers make it a top priority to constantly sharpen their written and verbal communication skills to be the best asset possible to their team.

What are some tangible things aspiring engineers can do to boost their skill set? There are hundreds of bootcamps, hackathons, conferences and networking events that can help you learn valuable skills and meet industry professionals who can help you along your journey to becoming an engineer. These could help you to get a good grasp on what languages you would like to use (Golang, Python, etc.), what type of engineer you want to become (front-end, back-end, etc.) or even what sector you would like to work in. Gaining as much knowledge as possible about the industry and about its varying career paths will help you become a confident software engineer.

What are some other ways to get noticed in the industry? According to industry veterans, one of the best ways to get your name out there is to maintain an active portfolio on open source repositories like Github, Bitbucket, CodePen, etc. This way, you can show off your skills, get inspired by other engineer’s work and find code for your next project. The open source aspect to these sites allows important industry professionals, from engineers to hiring managers, to check your work to make sure you’re the right fit for any project or company.

Software engineers are highly sought-after for a reason. They’re analytical, focused, communicative, knowledgeable and passionate. They’re willing to go above and beyond to do their part in creating the future of technology. Do you have what it takes to tackle some of the biggest technological challenges facing our world today? If so, you might just make the perfect software engineer.

At best, it’s a way to avoid explaining your work. Often, it’s an excuse for shipping bad code. 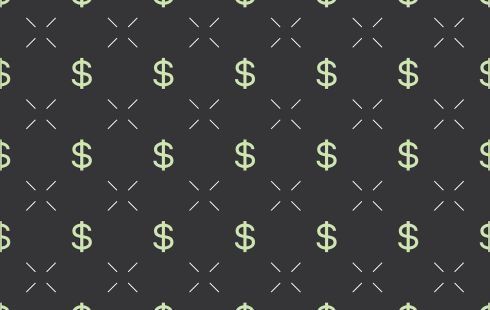 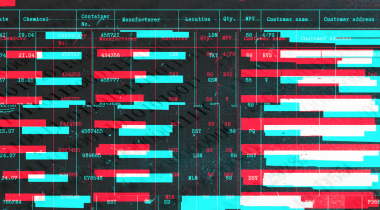 What Data Should You Use for Software Testing?

An Introduction to Python Linked List and How to Create One 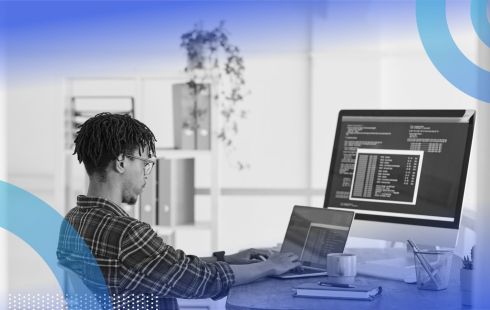 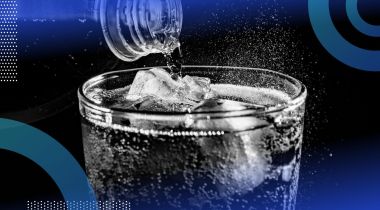 4 Ways to Solve FizzBuzz in Python 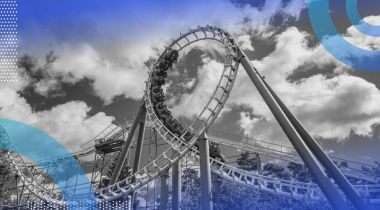 Can You Put a For Loop in an If Statement? 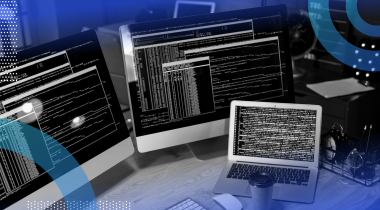 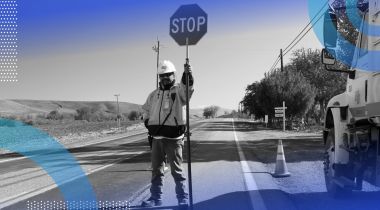 What Is a Rate Limiter?

How to Solve FizzBuzz 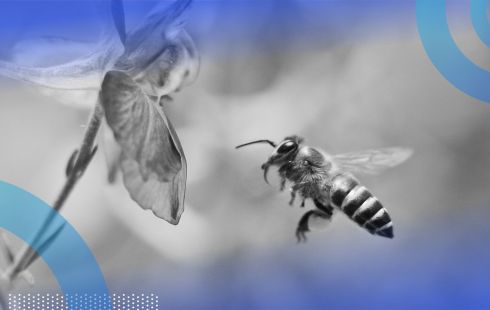 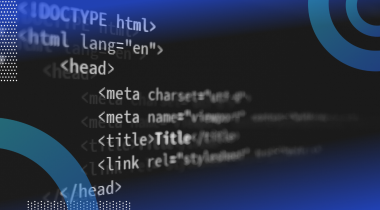 Optimize the HTML Head Element for a High-Performing Website 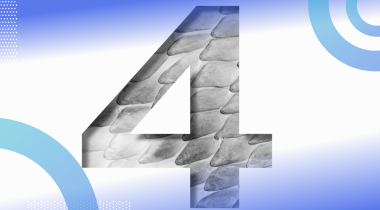 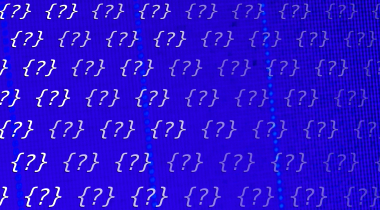 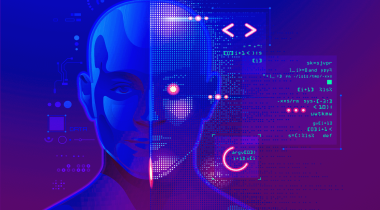 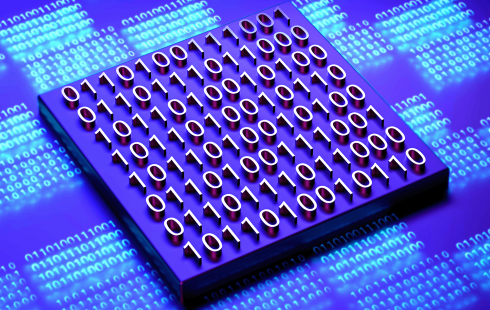 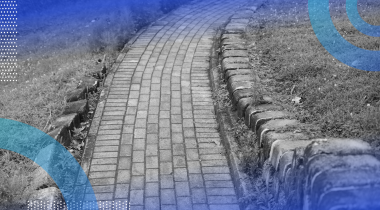 Python Pathlib Is Better Than the OS Module for Handling Files. Here’s How to Use It.