How the DailyPay Team Thrives — Together

Mike Thompson started as a director of sales at DailyPay weeks before the Covid-19 pandemic changed everything. Once the world shut down, Thompson was not only learning the ropes at the on-demand pay company, but also working quickly to mitigate the massive impact the pandemic had on DailyPay partners — many of which were grocery stores. 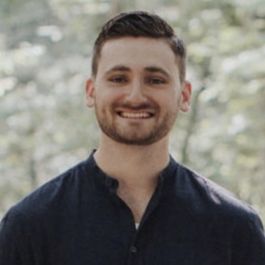 “A large grocery chain was set to launch. When the pandemic hit, they were scrambling to keep frontline workers engaged and paid. Those were the frontline heroes out there,” said Thompson.

That partner asked DailyPay to shorten the implementation timeline to help bring the on-demand pay benefit to essential workers faster. Thompson witnessed teams across the company put in a Herculean effort to bring this seemingly impossible request to bear. And they succeeded. “I was proud to work here,” Thompson recalled of that moment.

The feat left a huge impression on Thompson. It was also just one of many situations where DailyPay teams would demonstrate how frictionless they are.

Built In sat down with Thompson, Director of Customer Success Danielle Simon and Director of Implementations Caitlin Carey to discuss how team alignment and an innovative culture lead to nearly nonexistent customer churn during a volatile time.

DailyPay offers software that enables on-demand pay, which allows employees to access their checks before the standard two-week or monthly pay cycle ends. The platform was founded in 2015 and became a unicorn in 2021.

Staying Aligned Through Thick and Thin

Every team across the company is connected by success stories, because every team is focused on getting the DailyPay benefit to as many partners and employees as possible.

“Our team does a great job of sharing wins. We have a Slack channel called ‘DailyPay in the Wild’ where you can see how our partners are leveraging our DailyPay assets to help with recruiting efforts,” Simon said. 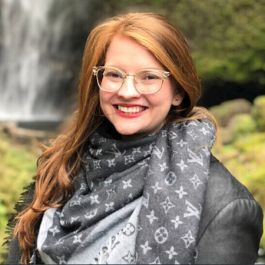 That unity helps remove friction between teams. “In other orgs, there is often tension between sales and implementation teams. That doesn’t happen at DailyPay,” said Carey.

Carey has seen this easy collaboration in action plenty of times at DailyPay, and it often stands out in some of the darkest moments. Recently, a vendor partner had an issue that impacted a number of mutual clients. According to Carey, every segment of the organization from sales to operations to support teamed up to tackle the problem and help employers through the predicament. The team came up with a solution that helped their partners process payroll.

“Those are the moments where our organization shines: how we respond to crises. When everything is going great, it’s easy for teams to do well. But, when challenges arise, we do some of our best work in those moments. This is not a fair-weather team,” said Carey.

“When challenges arise, we do some of our best work in those moments. This is not a fair-weather team.”

Company lore is full of stories like this, where employees from every corner banded together to tackle challenges and support each other. According to Carey, this is due to a collective embrace of company values and goals across the organization. The outcome is a thriving ecosystem.

“People don’t have to be here; they want to be here because they all care about what we’re doing,” said Carey. “I constantly hear stories from my team where someone has something come up at the last minute and they immediately have someone who can cover them.”

This level of caring extends beyond the internal organization. On the customer success team, Simon is focused on building meaningful relationships with clients. 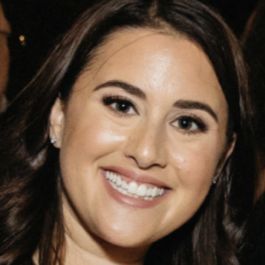 “We deliver results while having fun with our partners. We get to know them,” said Simon. “One of my partners loves to cook and garden, for example. We build strong relationships that go beyond DailyPay conversations.”

As a result, DailyPay has nearly nonexistent customer churn. The spirit of compassion, clear communication and integrity forges powerful bonds up and down the chain, from internal teams to external partners.

“I’ve been part of sales organizations that sell whatever they can, however they can, just to boost revenue numbers. The reason our churn is so low is that we are managing accounts downstream. We’re selling it the way it should be sold,” said Thompson. “We’re not misleading customers, and we’re making sure that our downstream associates like Danielle and her team are set up for success.”

Putting the Joy in Employment

Externally, DailyPay offers a product that works as a talent attraction tool for employers. Internally, DailyPay has fortified its own employee value proposition in two parallel tracks. Attractive benefits are relatively common in tech. However, while DailyPay has a great package, Simon cites the culture as the true cherry on top of the company. Employees enjoy connecting with each other — even across departments.

TAKING CARE OF THE TEAM

Unlimited PTO, a $500 annual learning and development stipend, a daily food delivery credit and 401(k) matching are all part of the benefits package at DailyPay. Thompson has used his stipend for a MasterClass membership and a recent sales course from social science author Daniel Pink. Meanwhile, Carey said she enjoys the unlimited Amazon books perk and monthly book club meetings.

Donut is one popular tool the company taps to foster this connection, and it’s one of Simon’s favorite features. The app automatically connects participants for weekly one-on-one virtual meetings. “I absolutely love it; it’s a great opportunity to connect with people you probably wouldn’t connect with otherwise. Everyone is so generous with their time and knowledge,” said Simon.

That desire for genuine connection stems from the top of the organization. “Even our CEO Jason Lee sends out messages and handwritten letters. We are almost a 1,000-person company and we hear from him at least every other week,” said Thompson.

It was in one recent companywide communication that Lee perfectly illustrated the fun-loving spirit of the culture. On the surface, it seemed like a typical company announcement dropped into the general Slack channel on April 1. In a perfect deadpan, Lee discussed an unfathomable change: transitioning away from a casual environment into a more buttoned-up and stuffy office culture. No more t-shirts or jeans in meetings. No more goofing around. Three minutes in, the wonky tuba and mandolin overture from Curb Your Enthusiasm began to play as an April Fool’s message appeared on screen and the chat erupted. “We had over 100 messages and people cry-laughing and sharing their experience of watching the video. It was really, really funny,” said Thompson.

Thompson, Carey and Simon each joined the company when it had less than 200 employees. The organization has quintupled in the years they’ve joined — but it doesn’t feel like it.

“The core organizational structure and the way we do business hasn’t changed. We’re doing the same thing, but better with more support and a shared mission,” said Carey. “We’re bringing resources that the core teams need in-house. There has been smart growth in addition to hypergrowth. It doesn’t feel like a massive expansion because it’s happening in a targeted way.”

“We’re doing the same thing, but better with more support and a shared mission.”

That hypergrowth isn’t diluting the core culture that helped make DailyPay successful. The company has people dedicated to preserving and improving the je ne sais quoi that makes DailyPay so special. This team works with leaders to identify opportunities to improve the culture, then gives them homework and checks in on their progress to hold them accountable. Everyone on the team is invested in contributing to the good vibes at the company.

“Culture is a verb. It is actions and decisions. People on the team identify that desire, asking, ‘What could work be like? What could this team be like?’ And then they work toward creating that culture,” said Carey.

“Culture is a verb. It is actions and decisions.”

Growth in Every Direction

Thompson, Carey and Simon have each witnessed explosive expansion within their teams, and each has climbed the ladder in the process. However, growth at DailyPay doesn’t always have to be a straight line.

Leadership works with HR to help employees plot career paths through the organization. “We’ve been building ladders and lattices. A few weeks ago one of our top-performing, longest-tenured enterprise partnership managers moved into sales. He’d been promoted through the ranks as an enterprise partnership manager and realized the sales side of the job was exciting for him,” said Thompson.

Simon noted that the transition was seamless. “Our team couldn’t have been more thrilled. There’s no bad blood; we like to support anyone who transitions to a different team because they are still supporting the team,” she said.

This unwavering support even transcends the laws of time. Carey recently had an employee reassigned to her team. Before the change happened, she had started building rapport with the employee.

“I had some one-on-one conversations with him and in the first meeting found out that his ultimate career goal was sales engineering. So now I make the joke that I had this person as a direct report for negative two weeks before trying to help him get on a different team,” said Carey. Ultimately, that dream came to fruition and Carey recently discovered this employee is crushing goals on the sales engineering team.

“That’s one of the coolest things about our scaling,” said Carey. “There are jobs people will get in the future that don’t even exist right now. But you can be sure those opportunities are being created.”