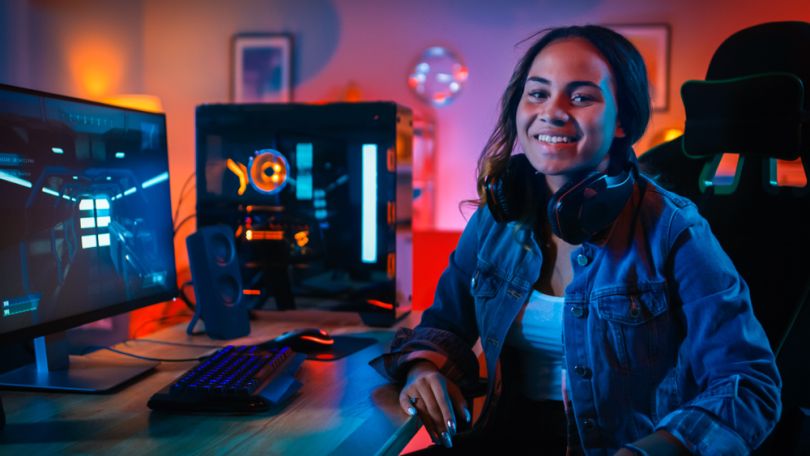 In Shaker Heights, Ohio, educator J Collins is shaking up the norms around esports. AP reports that the former liaison at the U.S. Department of Education is the coach of the 10-person esports team at Hathaway Brown, an all-girls private school near Cleveland.

As the leader of the first varsity esports program at a U.S. all-girls school, Collins hopes that the milestone marks the beginning of a trend of inclusive gaming that will take girl and gender minority gamers all the way to opportunities at the university level and beyond.

“There was an imperative for us to be involved with it from an early outset, so that we could ensure there was equity across implementations,” Collins told AP. Citing data that shows that 45 percent of gamers in the U.S. are female, Collins resisted complaints from collegiate esports teams that claimed they struggled to find non-male players because girls and women don’t play video games.

“It got us thinking, maybe the problem isn’t that there aren’t girl gamers and gender minority gamers,” Collins added. “Maybe the problem is that they’re in different places than the esports teams are looking.”

Collins suspects that toxic gamer culture, a dearth of role models and a lack of inclusion are the likely culprits to the drop-off in participation, comparing the trajectory girls in gaming is similar to girls and gender minorities in STEM. Collins’ survey of students at Hathaway Brown revealed that the answer may lie in game selection and students shared their interest in games such as Super Smash Bros. and Just Dance, rather than esports #1 hit, League of Legends, which has a poor reputation due to toxic culture and no women in its highest professional circuit.

“This helped me stick with it. I definitely felt the pressure; just because I’m a girl, people don’t really take you seriously.”

Hathaway Brown gamers, who play in a league with gamers from 10 schools and libraries from varying backgrounds, including rural, urban, underserved and all-girls, have reported benefits such as increased confidence, camaraderie and friendship-building.

“This helped me stick with it,” Claire Hofstra told AP, describing how she felt pressured to drop gaming at her previous public school. “I definitely felt the pressure; just because I’m a girl, people don’t really take you seriously.”

Collins, who is transgender and relates to the power of video games to transform interactions, expressed the most joy at their students insisting on more interaction with kids from other schools.

“Games can bring people together. They can just sit down and start playing together. That’s a beautiful thing. We need to make sure that the systems that we have in place encourage that instead of discourage that.”