Auto matchmakers: How Cars.com uses decades of data to match consumers with dealers

If you’re ever in the lobby of Cars.com’s building, don’t be surprised if you run into a stranger with a sketchpad in one hand and a Starbucks gift card in another. As part of its efforts to accelerate new feature delivery, the Chicago tech titan encourages its designers to get their ideas down on paper and ask passersby what they think.

The Cars.com tech team deploys new code 30 times a day, up from 30 times weekly just a few years ago. At any given time, the company is running hundreds of experiments, testing features and new ways to leverage its treasure trove of data, accumulated over nearly two decades. And to keep the ideas fresh, the company measures teams by performance metrics, rather than planned out feature deliveries.

We sat down with the Cars.com tech leadership team to learn more about how the company is shifting its processes to stay nimble in the face of an evolving industry and changing consumer expectations. 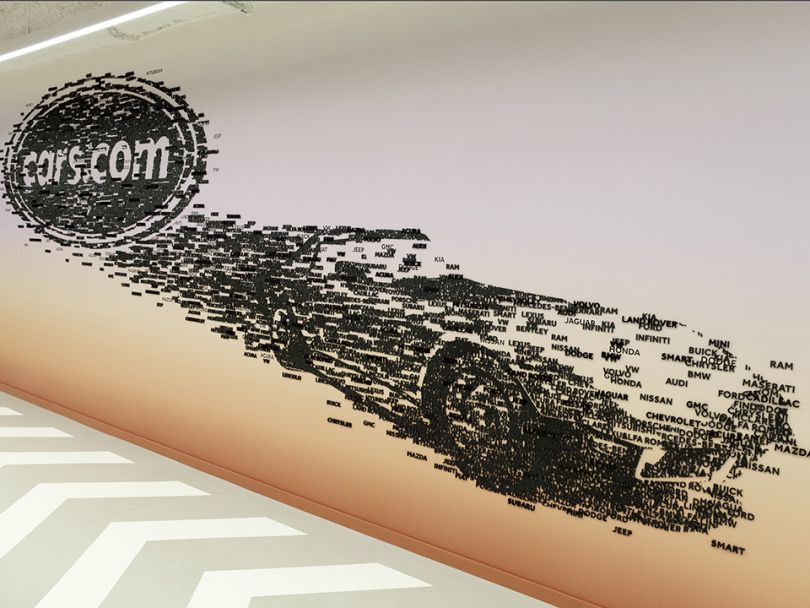 WHAT THEY DO: Maintain a two-sided online marketplace that matches car shoppers with dealers and other sellers — like Match.com but, you know, for buying cars.

HUMBLE BEGINNINGS: Prior to launch, Cars.com bought its domain from someone using it to sell their Chevrolet Corvette.

ALL THE DATA: Twenty years’ worth, used for everything from matching buyers with dealers to nudging sellers to take photos at the right angles.

HACKATHONS: Combine ideas with elbow grease to push them into production. 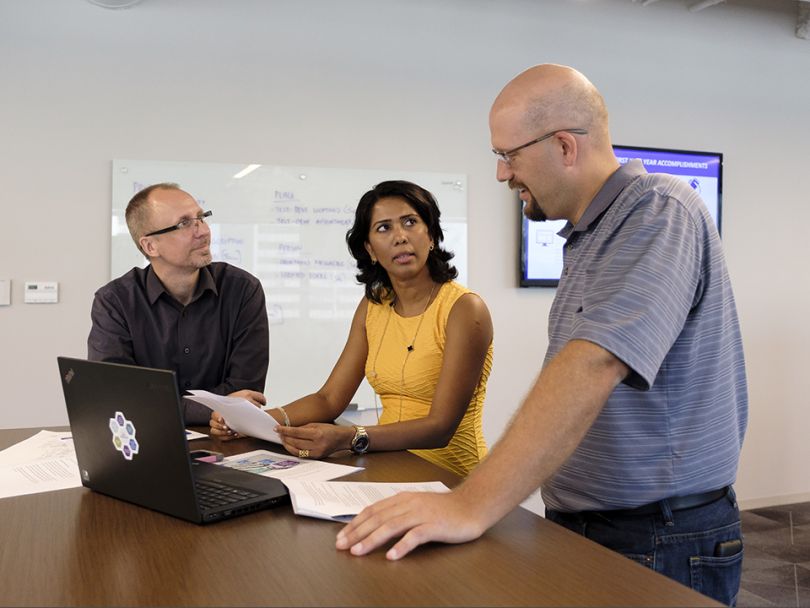 Tony Zolla, chief product officer: To start with, we actually don't sell cars. We’re a two-sided marketplace platform, like StubHub or eBay, which brings buyers and sellers together through technology. We work with 20,000 local car dealers in the United States, and our platform gets 30 million visits per month. A lot of what my team works on is creating features that facilitate meaningful relationships between buyers and sellers.

We’ve found that, when looking for a car, shoppers consider their options along four dimensions: what kind of car to get, how much to pay, which dealer to buy it from and the actual salesperson to work with. Each of our features addresses one of those dimensions.

For example, in the past year, we’ve invested heavily in algorithms that guide shoppers on pricing. But we have also built machine learning technologies to predict how far along the shopper is in the journey. Most car shoppers are in the market for anywhere from a couple of weeks to a handful of months. By understanding where the customer is in that process, we can tailor the experience to them. 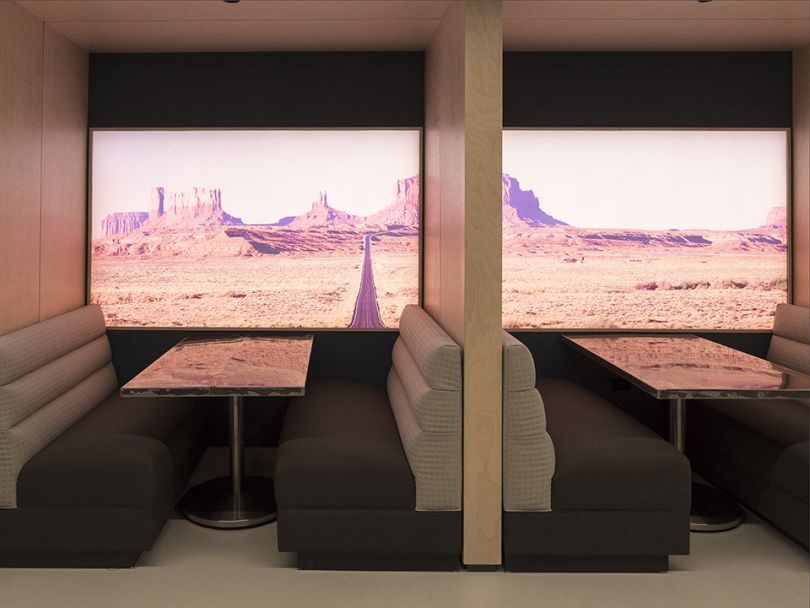 What challenges make your work interesting?

Zolla: Consumer behavior is changing rapidly. We used to just have a website. Then we got an app. Now we’re looking into chatbots and using technologies like Amazon Alexa to meet people where they are. Users are also increasingly expecting streamlined experiences in everything they do. Today, consumers expect to take a picture of the car and have information pulled in automatically instead of typing it.

Greg Heidorn, senior manager, software engineering: Since we essentially have two user bases — dealers and consumers — another big challenge is managing changes in our platform that affect both groups. But because we’re sitting on 20 years of data, we have a ton of knowledge about how to improve the experience for everyone.

Finally, there's also a big push for performance. A lot of people use our products from mobile devices on dealership lots, making it important that our site loads as quickly as possible. 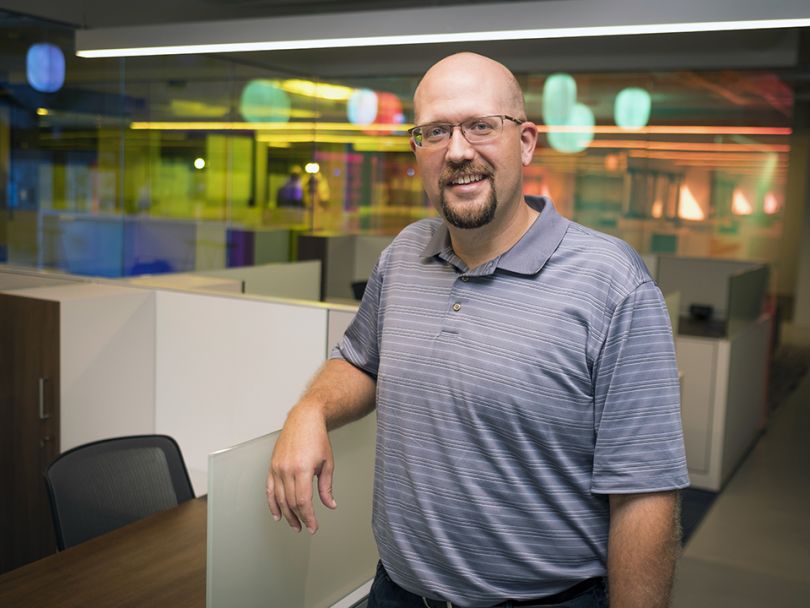 Which technologies do you use to make that happen?

Heidorn: We have a responsive site built with Node.js on the front end, and we have native iOS and Android apps as well. The core of the site is built with a mix of Java and JavaScript services, and we have a machine learning and big data pipeline built around Hadoop. We also use a suite of other tools like Apache Spark, Sqoop and Kafka to support our data work.

Our technology has changed a lot in recent years, but we’ve also made big changes to our deployment cycle. Two or three years ago, we were doing about 30 deployments a week. Now we’re doing 30 a day.

What motivated the push to increase the rate of deployments?

Zolla: The automotive industry is at an inflection point, and there’s going to be a tremendous amount of change in the coming years. To navigate that, you need to be extremely nimble because there isn’t a playbook.

Before the shift, our teams were doing really great work, but they didn’t have the opportunity to validate new features in the marketplace. On average, we were doing around three A/B experiments a month in 2015 and 2016. Now we’re doing hundreds to find out which features have the most impact on buyers and sellers. 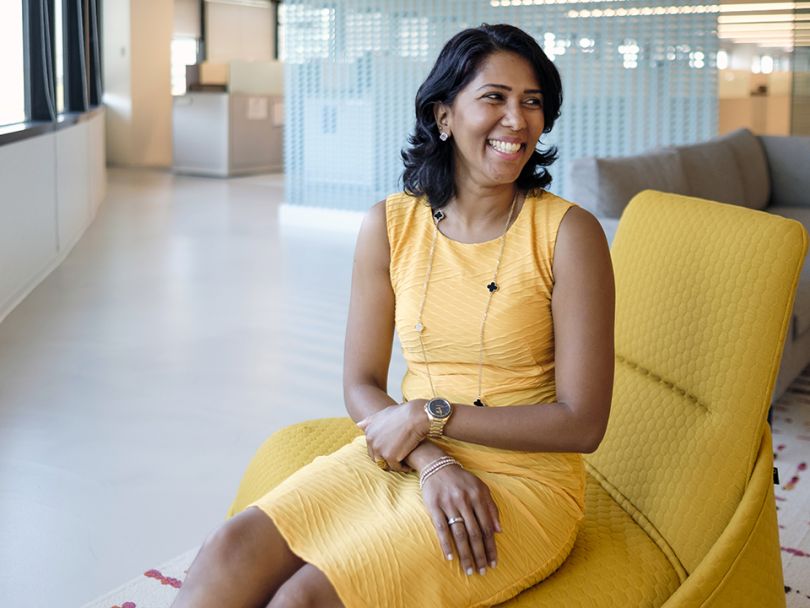 How has that changed how your team works together?

Thanisha Paniak, director of agile practices: We implemented scrum in 2011 and started experimenting with other approaches like extreme programming and Triple D a few years later. At the beginning of this year, we implemented lean product delivery to get even faster at deploying features to production.

Like in scrum, lean teams pick and choose what they want to do together through planning meetings, stand-ups and retrospectives, but you don’t get boxed into anything for the duration of a sprint. That’s how we were able to move from 30 deployments a week to 30 a day.

Zolla: We’ve also made a conscious effort to blur the lines between different functions and reduce dependencies between teams. Dependencies really kill autonomy, speed and velocity because you get stuck in a waiting pattern when the team you’re working with has other priorities. 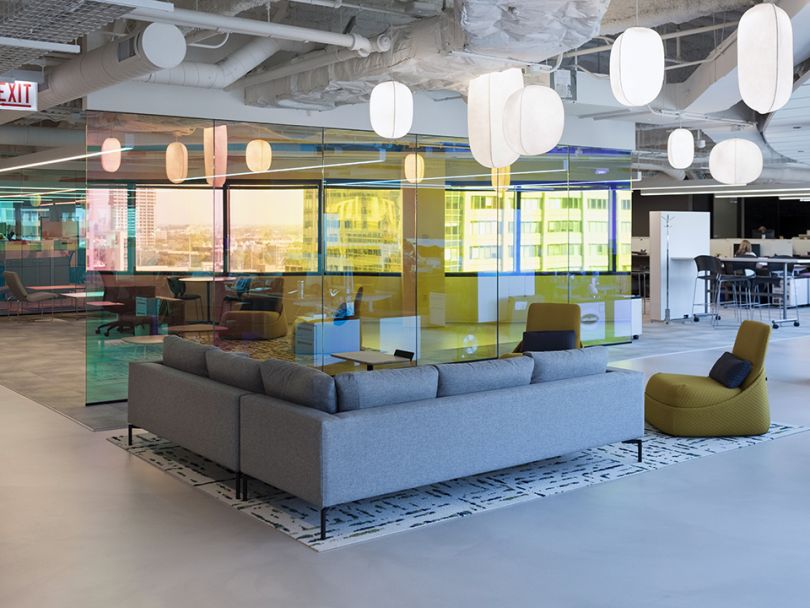 How do you go about blurring those lines?

Zolla: We put a huge value on people who have deep knowledge of one field but who are interested in having an impact beyond their specialty. Beyond asking you to be a strong Node.js developer, we want you to have an appreciation and understanding of how product design affects our ability to make money.

We encourage our engineers to have opinions about design, and our designers to engage in conversations with our engineers about technology. We ask designers to sketch out their ideas on paper and head down to the lobby to offer Starbucks gift cards to strangers in exchange for feedback, even if they don’t have research backgrounds.

Heidorn: And each of our pods contain people with multiple skill sets. In a traditional company, building a new page requires a chain of requests, going from design to the service development department to the data team. Instead, we put cross-functional teams together with a unified goal and let them handle the product front to back. 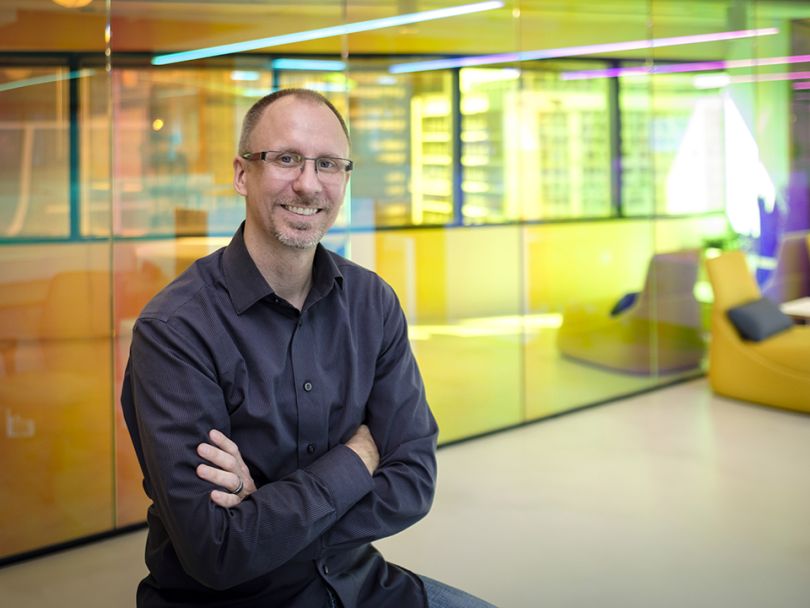 You mentioned that there are hundreds of experiments happening on your platform at once. Who comes up with all those ideas?

Zolla: We approach our teams with high-level business goals, like driving x percent revenue growth, or increasing traffic or the number of dealers on our platform. We may have some ideas about things we’d like developers to try, but their success isn’t measured by whether they deliver a specific feature by a specific date. We look for whether they deliver the growth we asked for.

Paniak: Every member of a pod contributes their ideas before agreeing to move forward with a plan, which is great if you really want to make a difference. Coming up with ways to take the product and company to the next level isn’t just a job for product managers or product owners. 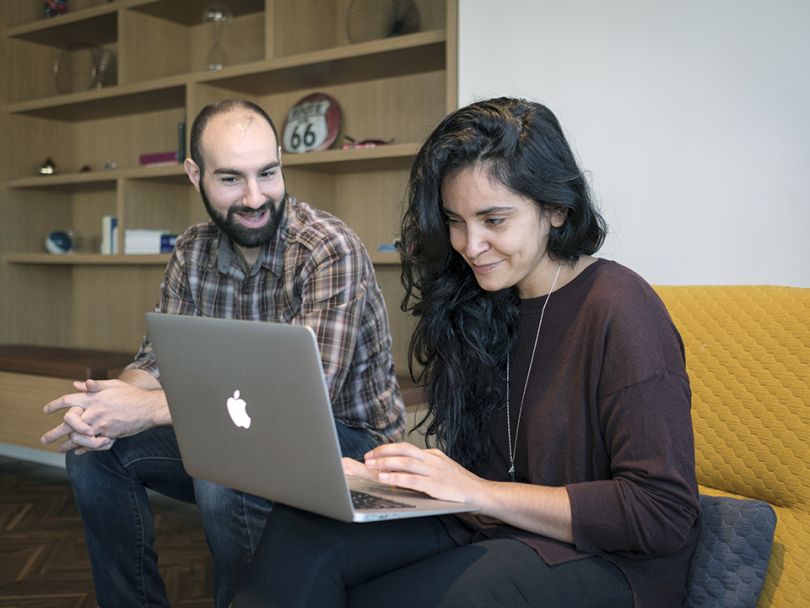 How will Cars.com be different a year from now, or three?

Zolla: We are on a mission to fundamentally change how people buy and sell cars. There’s a huge opportunity there, because, right now, the task is confusing and scary to far too many people. Our research suggests that the process of buying and owning is more about relationships — and we’re the matchmakers.

Paniak: We also want to continue growing as an incubator for ideas and tech talent within the Chicago tech ecosystem. We’ve got enough scale, support and resources to really invest in our technology and push the envelope. After all, we’re helping people make one of the biggest purchases of their lives.

The interview has been edited for length and clarity.