RapidDeploy’s culture of flexibility, trust and communication has become as natural to its team members as their passion for building impactful products.
Written byJenny Lyons-Cunha

The October sun had begun to dip beyond the jagged Arizona horizon when Navajo County dispatchers received two consecutive calls from the same number — only to be met by the ominous hum of dial tone.

When the dispatchers finally connected, loud music crackled over the line. Below the thumping bass, the caller whispered into the receiver. With a shaky breath, a woman told dispatchers she had been kidnapped.

But a male voice sliced through the background noise and the connection abruptly ended.

When the dispatchers were unable to reach the kidnapped woman, they turned to RapidDeploy to text the woman’s phone.

It worked: “please help me,” she texted back.

By messaging back and forth with the caller via RapidDeploy’s system, dispatchers were able to intercept the suspect and his abductee at a far-flung Flying J gas station in Winslow, Arizona.

Using RapidDeploy, only 38 minutes passed between the first 911 call to the metallic click of handcuffs on the suspect’s wrists. 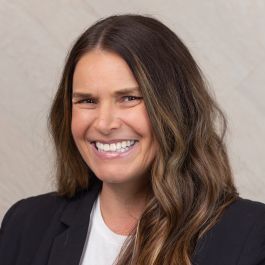 “Because they were able to locate her using our system, the dispatchers were empowered to send resources to the right area at the right time,” RapidDeploy Customer Success Manager Stacy Miller said, recounting the story.

“It literally gives me goosies,” Miller said, touching her arm with a shiver.

And for a company that prizes the work-life balance and families of its employees, keeping other people safe through its product fosters a deep sense of meaning for the people who work there.

RapidDeploy is the leading provider of mapping and analytics solutions in Public Safety. 9-1-1 centers around the US utilize its next-generation technology.RapidDeploy describes its service as providing “new levels of situational awareness and reduces 911 response time by seamlessly integrating third-party data ensuring it is available when, where and how emergency responders need it.” Miller explained to Built In: “For example, with an open line call where someone can’t speak but we can hear the background noise, the dispatcher can use our product to be able to track them and find the location and be able to send resources.”

In her previous two-decade career as a dispatcher in Northern California, Miller came to understand the potency of RapidDeploy’s products firsthand, using them daily in her work. Remarkable as the abductee’s story is, RapidDeploy encounters user stories like this on a regular basis. Miller has experienced too many to count — as both a customer success manager and as a customer.

“I’ve always loved the product and saw exactly what it could do — I was a RapidDeploy super fan,” Miller said, smiling. “I just wanted to be a part of it.”

But it doesn’t take a seasoned dispatcher to connect with the gravity of RapidDeploy’s work. Michelle Gordon, a senior database administrator at the company, finally feels whole in her career. 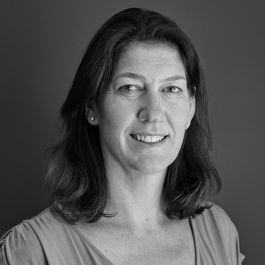 “My previous role with an online gaming company seems so hollow compared to RapidDeploy,” Gordon said in her warm South African accent.

“Not an hour ago, we received a success story in our general Slack channel,” she said, shaking her head with gratitude. “When you see how our product helps someone, you can’t help but feel proud that you’re part of making a difference.”

Gordon is a member of RapidDeploy’s South African team, many of whom are located in the oceanside city of Cape Town. Stefan Munro, a power business intelligence engineer intern, shares Gordon’s Cape Town ZIP code.

At RapidDeploy, Munro has found a reprieve from the commuting grind of his past life.

“Working from home with RapidDeploy has been a whole new world for me.”

As a former chemical engineer, Munro faced a 30-kilometer — or 18.5-mile — commute, even during the thick of Covid-19.

“As an essential worker, I was in and out every day, and I was tired,” Munro said. “Working from home with RapidDeploy has been a whole new world for me.”

As with any international team, the South African contingent of RapidDeploy requires intentional asynchronous communication and a healthy dose of time zone mathematics. Our morning Zoom conversation found Gordon getting her young daughter Megan ready for bed.

“I have another job,” Gordon joked. “And she needs to get to bed in a few minutes.”

Beyond the impactful work she does during business hours, Gordon is invested in building a meaningful life in the space between the nine-to-five — and RapidDeploy affords her the flexibility to do so.

Gordon typically starts her day at six in the morning. She gets Megan ready for school before her husband drops her off at class a little after seven. Then, Gordon delves into her deep work, pausing for a midmorning walk around her Cape Town neighborhood, taking a lunch between international meetings, and wrapping up her to-do list by the end of her daughter’s school day.

“Oh, she really hated aftercare,” Gordon said, laughing. These days, Gordon has the flexibility to take her laptop to her daughter’s swim meets, which South Africans charmingly call “swim galas.”

“I’ll take my laptop and work until her turn,” Gordon said. “At her first gala, I was able to close the laptop and just be present watching her swim.”

As a former swimmer, Gordon felt tears well in her eyes from her seat in the metallic stands. “You just can’t put a value on it,” she said.

For Miller, flexibility means logging off to watch her youngest son, Dylan, play the saxophone in his undergraduate jazz band in Reno. It means spending a week in Ventura, California to see her eldest, Tyler, graduate from the police academy and spend time with his girlfriend. During her sojourn in Southern California, she found space to connect with some local clients and balance work with family celebrations.

“Some of them even commented on my post about his graduation,” she said, clasping her hands and beaming. “I’m such a proud mom.”

“Don’t get me started talking about my kids,” she added, waving her hands to signal an end to her story. “I just love those boys so much.”

Gordon laughed in agreement. She and Miller exchanged a few more glowing stories about their children, the way moms do.

“It’s just a great reminder of how lucky we are to get to do these things,” Gordon said.

“And it’s important to remember, even if you don’t have children, that everyone has a family,” Miller said. “Everyone has their people.”

Munro chimed in, nodding. “I still lead the single life, but it’s so great the flexibility to get an early start, exercise, deal with load shedding without stress, move — all of that,” he said.

What Is Load Shedding?

“If I could turn my camera, you’d see this big black box behind me, which is a huge power bank,” Gordon said when asked about load shedding. Load shedding has become a part of daily life for South Africans, who have had to adapt to the country’s crippling energy crisis.It’s a term that describes rolling blackouts, which are unpredictable and often last between two and eight hours. RapidDeploy employees are provided with backup energy sources and a company-wide grace for the South African team members who are often pushed offline unexpectedly.

RapidDeploy’s culture of flexibility has been intentionally woven into the fabric of its work by its founders Steven Raucher and Brett Meyerowitz. From California to South Africa, it is clear the company’s team members feel the strength of the work-life boundaries its founders have built. Their vocal empathy for family values and quality time is what drew Gordon to the company during her interview process.

“When I met with Brett and Steven, I told them ‘My family is the most important thing to me,’” Gordon said earnestly. “And they said, ‘Yes, that’s exactly how it should be.’”

Beyond its intrinsic culture of trust and flexibility, RapidDeploy’s intercontinental teams create space for a unique cross-cultural relationship. Beyond mutually exchanging compliments about their teammate’s accents — both American and South African — RapidDeploy’s personnel have found they share more similarities than differences.

“The South Africa team came up with a slogan that just embodies RapidDeploy,” Miller said, excitedly. “I’ll let them explain it.” 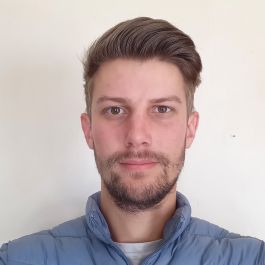 As Gordon described it, Afrikaans is an evocative language spoken in South Africa. It is a bright and colorful dialect, one in which many of its descriptive words simply don’t have an English equivalent. Gordon’s translations of “be lekker” included “be cool,” “be respectful” and “support your peers.”

“It’s hard to translate to English,” Munro agreed. “But it basically means, be kind, be genuine.”

For her part, Gordon is struck by the values she shares with her American teammates as they bond over motherhood, weekend plans, database management and the power of their company’s mission. In her mind’s eye, America had previously been so distant as to become unreal.

“We’re really all the same,” she said. Miller and Munro offered nods of agreement from 10,246 miles apart.