From Seat to Satellite, Intelsat’s Engineers are Piloting the Future of In-Flight Experiences

“Communication is a human need. It’s not a want. It’s not a desire,” said Jeff Sare, president of commercial aviation at Intelsat. “We have a human need to communicate, and once that connection has been made — as it has now in the cabin of an airplane — nobody is ever going to let it go. It’s just going to continue to grow.” 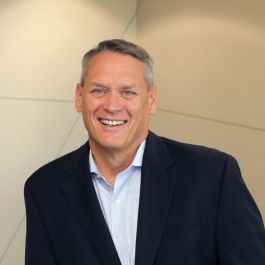 A text message sent from seat 14F to ensure a spouse has packed the kids’ lunches, an email sent to a manager from seat 2C to confirm a conference arrival time, a direct message from seat 28A to ask a classmate a question about an upcoming assignment — these communications are all happening from 35,000 feet high.

Wi-Fi connections have become expected in many settings, from homes to local coffee shops. But establishing these connections on a moving aircraft isn’t simple. It requires more agile satellite coverage and coordination, not to mention the development of terminals and aircraft installation. It’s a lot of moving pieces.

Intelsat, a leader in satellite communications, understood the necessity of having these elements under one roof to set new standards for in-flight connectivity. So, in December 2020, the company completed its acquisition of Gogo Commercial Aviation to do just that.

“Having full-stack capability all the way from the satellite to the passenger and the seat on an airplane allows us to do things that you simply can’t do as an independent service provider,” Sare said.

“Having full-stack capability all the way from the satellite to the passenger and the seat on an airplane allows us to do things that you simply can’t do as an independent service provider.” — Jeff Sare, president of commercial aviation

The commercial aviation team joins Intelsat’s maritime, land mobility, media, networks and government divisions — and they are positioned to drive Intelsat forward in a major way.

“Our Chicago-based commercial aviation division is quite honestly the single business unit that Intelsat is betting its future on,” Sare explained. “So we are expected to grow at a pace that just fundamentally changes the direction of Intelsat as a corporation.”

Whereas Gogo relied on building external partnerships to make developmental progress, Intelsat has the resources it needs internally, allowing the team to innovate without the red tape and wait times.

“We have all the satellites, since the satellite teams are working with us,” said Sheilah Quintana, director of software test and automation. “It’s not an external partner, it’s an internal entity, which enables a lot more collaboration and a lot more freedom to explore, to try new things.”

With its acquisition of Gogo, Intelsat has cultivated a stable environment to research and test advancements in in-flight connectivity.

“Right now, we are in the process of becoming a software-defined, multi-orbit solutions provider,” Sare said. “We have satellites in geosynchronous orbit and satellites in a low-Earth orbit, and we’re developing the antenna and the entire terminal to be able to use both those orbits at the same time.”

Previously, a single satellite covered a defined geographical area. To cover another area, another satellite would have to be positioned. “This used to be very static,” Sare said. “Now, with those two orbits and the software-defined capability, if I don’t have capacity on one side of the world but I have excess capacity on the other side of the world, I can dynamically reallocate that capacity.”

This technology will be a game-changer in commercial aviation connectivity, and Intelsat is working to make sure it delivers on the evolving needs of the customer. 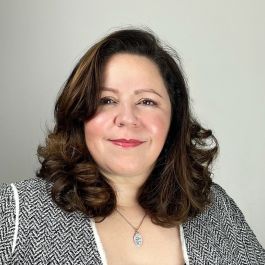 “The expectations over the last two years have greatly increased in terms of on-the-go Wi-Fi performance, so we’ve started to focus on gaining a better understanding of our actual customer base,” Quintana said. “We’re partnering with our data science team to understand the customer footprint and the traffic we’re seeing on our system. By really understanding our customer expectations, we’ve been able to do a lot more with mobile testing and making automation changes — it’s driving the way we operate as a business.”

But meeting customer expectations isn’t a siloed effort. It takes collaboration across teams, which is an opportunity leaders at Intelsat embrace.

Aditi Joshi’s responsibilities, as a scrum master for the airborne software engineering department, include keeping her development teams focused on the features they’re working on, from one sprint to the next. During these sprints, she’s making sure her teams understand what the customers want and then aligning on the architecture that’s needed to drive each project.

One project Joshi’s teams are working on involves domain migration for Gogo’s transition into the Intelsat brand. She explained, “The UX team will weigh in on what the customer should see when they’re on the aircraft, and the airborne side will develop the software on the back end to make it happen. There’s a lot of collaboration that happens internally, and it’s fantastic seeing how everyone works together.”

“There’s a lot of collaboration that happens internally, and it’s fantastic seeing how everyone works together.” — Aditi Joshi, scrum master for the airborne software engineering department

Working toward the mutual goal of improving the in-flight experience has helped merge the Gogo startup into Intelsat’s structure. Sare explained that an acquisition “brings some interesting challenges in terms of processes and understanding.” However, he noted, “The transition also allows everybody to have a say on how this is going to work, where it’s going to work and how to come together as a team to achieve the goals that we’ve set.”

The commitment to collaboration extends beyond the projects the team is working on and to the way Intelsat’s leaders encourage growth in their own divisions, as well as cross-departmental opportunities.

Starting with the company eight years ago as a system integration engineer, Joshi has held several roles, but it was just last year that she transitioned into the scrum master position. She was personally interested in the role and the learning opportunity it presented, and appreciated the internal support she experienced to make it a reality. 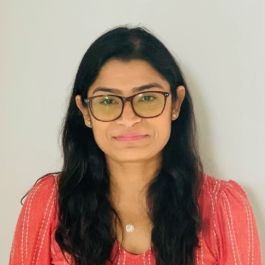 “We all talk about where and how we can grow within the organization,” Joshi said. “This move was a collaborative transition between my old team and the leadership in my new team.”

“A lot of leaders here are really happy to export talent,” Quintana said. “I think I’ve lost three or four engineers to different parts of the organization, but I view it as the best-case scenario because I’m able to continue to bring in people who are interested in developing in testing while supporting others who want to use their experience to drive change in a different area of the organization.”

“A lot of leaders here are really happy to export talent. I think I’ve lost three or four engineers to different parts of the organization, but I view it as the best-case scenario.” — Sheilah Quintana, director of software test and automation

Now as part of a larger corporation, employees don’t have to make a complete transition to experience other industry sectors. In fact, that exposure often happens within their current role.

Further, software engineers are often writing code that’s used in different industry sectors Intelsat works with. For instance, they might apply their software skills to a Wi-Fi network on an airplane one day and to entertainment software the next.

While the company is seeking tenured engineering talent with diverse backgrounds and those with experience working through acquisitions to help move Intelsat’s aviation division forward, there’s also room for younger talent to develop their skill sets through an opportunity that takes the standard internship to the next level. The company’s cross-departmental rotation program involves an eight-month stint working in a specific division before rotating to another.

“Right now, I have a rotational candidate working on commercial aviation. Their previous rotation was with software-defined satellites, and they’re going on to a rotation in sales next,” Quintana said. “As a larger company, we’re able to provide experiences to new graduates to learn the business and gain strong perspectives while also seeding our company for the future.”

“As a larger company, we’re able to provide experiences to new graduates to learn the business and gain strong perspectives while also seeding our company for the future.” — Sheilah Quintana, director of software test and automation

With Intelsat’s acquisition of Gogo and its commitment to delivering full in-flight connectivity that meets passengers’ expectations, the company has established solid grounds for employees to drive innovation. Joshi explained that, “Having this sense of stability has given us the ability to move forward with our day-to-day tasks and show new employees the future vision of what we’re trying to achieve.”

She believes that the increased space for experimentation — and idea sharing with leadership — will help move the company forward.

“We have a lot of new work coming our way, and there are new programs that drive innovation,” Quintana added. “But there’s still that startup mentality and energy that’s really fun.”

At the end of the day, it’s the tech that excites people when they come to Intelsat. For Sare, it was the driving reason he joined the company. “It’s the right technology, the right market timing and the right culture,” he said. “We have a bunch of really fun people who are doing some truly fascinating work, and I’ve never worked with a more impressive and intelligent group of engineers in my life.”