The average American consumes more than seven hours of digital media each day.

With over 2.5 quintillion bytes of data created across the globe every 24 hours, the reach of digital media lies, for many, just a few swipes away: Consider videos of Leo Messi hoisting Argentina’s hard-fought World Cup, the latest fraught season finale of White Lotus, countless financial literacy podcasts on YouTube, health updates from the CDC, instructional wellness blogs and fashion TikToks. The list goes on.

Now imagine not being able to access that vast expanse of media.

It’s a constant concern for the millions of Americans who rely on accommodations to consume digital media. The CDC reports that over 3 million Americans identify as blind or low vision, while the National Institute on Deafness reports that over 37 million American adults experience difficulty hearing — and these numbers only scratch the surface of those who benefit from accessible and inclusive media.

Despite its far-reaching impact, media accessibility has long been an afterthought in America. Major networks introduced closed captioning only 40 years ago, while audio description was launched in 1990. Today, the state of media accessibility remains inconsistent and frustrating for people who rely on accommodations to stay in touch with the world around them. But there is optimism in the air: In late 2022, Congress introduced the Communications, Video and Technology Accessibility Act, which would improve and expand accessibility in emerging media markets if passed.

It is this belief in a more accessible future that drives every decision at 3Play Media.

Conceived at MIT, 3Play Media is a media accessibility tech company at its core. “Starting in the recorded space, we focused on scalability and technical infrastructure that would support growth and quality — now we’ve expanded into new markets of live media content,” Bond said. 3Play’s services include recorded captioning, recorded audio description, recorded translation and live captioning. Bond noted the flexibility of 3Play’s platform: It offers over 30 integrations that customers can choose from to build a comprehensive media access suite for their consumers. 3Play’s platform combines the power of automated technology with human editors to achieve the accuracy its customers need to navigate today’s media landscape. 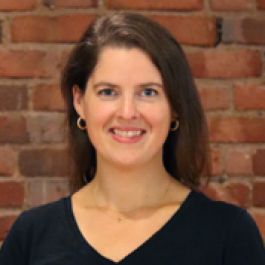 “Beyond the Deaf and hard of hearing community, imagine how someone with dyslexia or ADHD finds value from being able to read and hear the words,” said 3Play VP of Marketing Lily Bond. “And there are so many more groups that benefit from these services.

Bond noted that people with autism report being able to better define and understand the expressions and emotions they see on-screen when they use services like audio description. Many users — differently abled, neurodivergent and otherwise — prefer to watch content on silent with closed captioning. No matter what the use case, 3Play Media is aiming to make media accessibility the standard rather than the exception.

No matter what the use case, 3Play Media is aiming to make media accessibility the standard rather than the exception. ”

Accessibility is reaching a point of universal design — services that were conceived as accommodations have become powerful tools for the broader community.

“In today’s age, it is incomprehensible that people could put out content as a critical piece of information or entertainment and not give access to tens of millions of people who require accommodations,” Bond said. “It empowers so many people to access information that is vital to their lives.” 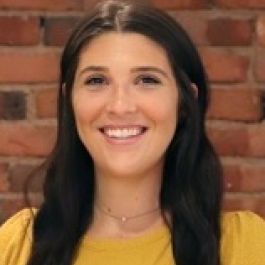 Demand Gen Marketing Manager Kim Nelson agrees. “There is a responsibility to create a more accessible world,” she said. “But using services like these also expands the audience size you’re reaching — there’s a tangible business impact.”

The Importance of Quality

In recent years, platforms like YouTube have received negative attention for their low-quality captions, even prompting the launch of social media campaigns like the #NoMoreCraptions movement. “There are negative brand correlations that come with bad captions,” Bond said. She added that automatic captions can result in caption errors that range from funny to horrible.

“During Covid-19, a certain airline company’s autocaptions repeatedly captured the name ‘Jeff Blues,’ which is embarrassing for a global brand,” Bond said. With this in mind, 3Play has made accuracy a pillar of its operations. Bond said that 3Play has maintained an accuracy rate of 99.6 percent in the recorded space by auditing its technology and human contractors. Bond added that 3Play is carrying its standard of excellence into the live space as well.

With its eyes on the future of universal accessibility, 3Play Media recently acquired fellow media accessibility companies Captionmax and National Captioning Canada, fast-tracking its expansion into the live broadcast space.

This foray into live content allows 3Play Media and its newest arms to seek to solve one of the most persistent problems in accessible media: scalability.

“There is a huge mismatch between the amount of live media happening today and the number of people that can do live captioning,” Bond said.

“We have a marketplace where we can support an unlimited scale of a contractor base,” she continued. “Paired with our technology, we have an opportunity to unlock more scale — and more consistent quality of service.”

How Does Live Captioning Work?

3Play’s live captioning process has three steps: listening, captioning and delivery. First, the captioner gains access to an audio stream of the broadcast or event. As the event unfolds, a captioner listens to the media and voice-writes the captions by re-speaking into a microphone that feeds into speech recognition software, which has been customized with a dictionary of relevant terms. The live captions are delivered to the customer via API or embedding. If the live captioner’s stream fails for any reason, auto captions will serve as a backup so captioning is never lost for consumers. “It’s wild to watch someone doing live captioning — they work rigorously to be so clear in their every articulation,” Bond said.

Consistency of service is a cornerstone at 3Play and was a massive consideration during its acquisition process. Hand-in-hand with 3Play’s product, finance and operation teams, Nelson and her team kicked off the company’s rebrand by asking 3Play, NCC and Captionmax customers, “What is important to you in an accessibility partner?"

“We wanted to know what customers cared about when making decisions on companies to work with and what their relationship was with each brand,” Nelson said.

The response was clear: Customers valued consistency of experience above all.”

The response was clear: Customers valued consistency of experience above all.

“With that in mind, we decided to keep the 3Play brand while continuing to bring that level of quality of service that the other two companies were providing to those customers,” Nelson said. “We have been really thoughtful about the services that we decided to migrate first.”

Bond added, “The worst thing for people with disabilities is inconsistent experiences of accessibility.”

With customer trust top of mind, Bond sees the acquisitions as a natural progression for the media accessibility industry. The addition of Captionmax and National Captioning Canada to 3Play’s brand broadens the scope of its services, welcomes more live captioners to its talent pool and expands its footprint in North America — but the brand’s mission remains the same.

“We hope to bring consistent quality at scale across all of these services,” she said. “We as three separate brands shared a lot of core values — strong commitment to quality, dedication to customer happiness, thought leadership in the space — and we’ve created a really natural synergy between us.”