The security company prides itself on empowering every person equally, whether it’s a customer or an employee.
Written byAnderson Chen
Anderson Chen
Staff Writer at Built In
Anderson Chen is a Built In staff writer covering tech companies for Brand Studio.

Sales Manager David Alcaraz-Duran was searching for his next role, and he wanted to find an organization that truly valued diversity.

He also wasn’t afraid to ask tough questions to find out how a company lived these values beyond the words in their mission statement. So before Alcaraz-Duran even considered joining cybersecurity platform Huntress, he had to know the company’s stance on inclusion.

As a security platform provider, Huntress is committed to protecting the small and mid-sized businesses that are often overlooked and under-protected. Furthermore, Embrace Diversity is one of their four core values — which indicates that leadership cares deeply about creating an inclusive culture where everyone feels their voices are heard and their opinions accepted. 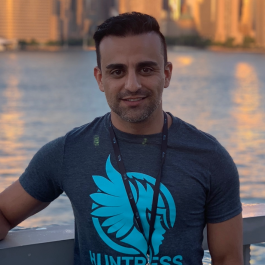 During his interview with CEO Kyle Hanslovan, Alcaraz-Duran asked to hear not only what Huntress valued, but how those values showed up in everyday actions. They spoke at length about what Huntress was doing to create an inclusive environment and how they would attract diverse candidates as they continued to scale.

At the end of their conversation, Alcaraz-Duran felt confident about Huntress’s leadership and mission, and Hanslovan ended their call with a promise:

“You’re going to have unlimited opportunities to excel here at Huntress and I guarantee that,” he said.

It proved to be true — in more ways than one.

“I started here as a senior account executive, and I moved into a management role after a year and a half,” Alcaraz-Duran recalled. “I’ve also seen the management team grow in diversity across the entire organization.”

This ethos of acceptance, support and safety is not only reflected in Huntress’s culture, but it’s aligned with its mission statement. The founder’s vision revolves around protecting the 99 percent, which means being a cybersecurity firm for small- and medium-sized businesses (SMBs).

Huntress sells its products to managed service providers (MSPs), which service their own end customers. The company also reaches businesses through mid-market partners — a new channel that they’ve started leveraging and an up-and-coming division for the team. In either case, Huntress’s product is meant to serve and protect SMBs, no matter the avenue of distribution.

At its core, Huntress wants to be an educational organization. Tyler Benson, Huntress’s product support team lead, couldn’t be happier with such a noble mission in his first full-time job. 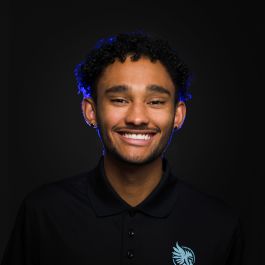 “We want to make sure that our partners leave the support ticket smarter than they entered it,” he explained. “So we’re helping the smaller companies become knowledgeable and educating them as much as possible.”

The team’s focus on an often overlooked market fills a much-needed gap in the cybersecurity field. Larger companies tend to sell to enterprise customers, where expensive accounts can generate faster growth. By bucking the trend, Huntress helps support those that rely on affordable solutions for protection.

“They feel like they matter,” said Alcaraz-Duran. “We’re there for them, whereas if they tried to approach an enterprise vendor, they’d just be a blip on the radar.”

UK-based Molly Nadeem, a ThreatOps analyst, always understood the importance of supporting underdogs. “I’ve worked for not-for-profit organizations and charities, and it’s really important that they have a company like Huntress available when they have security breaches or threat actors in the system, since they can’t afford enterprise levels of help.”

Huntress tries to curate a more personable touch in the way they approach client work, made easier with the transparent support team members provide for one another. No matter the partner, employees from different departments will collaborate to offer a holistic solution to the problem.

The benefit of this more intimate, small-scale operation is that multiple people can work with a single customer. For SMBs that don’t function on the cutting-edge of enterprise technology, the magnified attention goes a long way.

“We look after so many MSPs,” said Nadeem. “It’s nice that we can deal with one person that then trickles down to all of these different accounts.”

This attitude of viewing customers as people and not business accounts has yielded positive feedback and relationships for the Huntress team. With an absence of walls between colleagues, even for executives, and a culture of inclusive camaraderie, the founding vision of embracing every person became grounded in reality — both inside and outside the company.

For Benson, a sign of this vision is having regular conversations with the co-founders during his first week of employment, right out of college. For Nadeem, it’s an onboarding process that goes seamlessly, despite reaching across the Atlantic Ocean. And for Alcaraz-Duran, it’s the knowledge of a promise kept.

A Positive Feedback Loop Between Employees and Customers

The number illustrates more than the team’s dedication to customer success: It also speaks to consistency and a unified vision. As he watched his team sizes balloon from the original four all the way up to the nine he works with today, Benson noted that there was never a compromise on their core mission.

“All of them are keeping up with that standard,” he observed. “Some of them even came in during busy times with unresponsive agent issues and a lot of tickets.” But they never lost sight of the goal of achieving 99 percent efficacy for the 99 percent.

Benson attributes this level of success to having the product be the means to a more self-sustaining end. Huntress’s software solution is a tool for the clients’ long-term growth, a knowledge base that enables support staff to educate them for their own protection. “We want to make sure that MSPs are focusing on their customers,” he said. “So we make them look like heroes to their partners or clients.”

Expectedly, a strong stance on cultivating positive client relationships doesn’t go unnoticed or unrewarded. For instance, a client Benson worked with regularly mentioned talking to the CEO about getting him a raise.

“This person privately messaged Kyle, our CEO,” Benson recalled fondly. “And Kyle then put the message in our kudos channel.” Celebratory gestures like these often buzz Huntress’s virtual communications as a visible pattern of positive feedback. Though Benson is adamant that it speaks less to individual prowess than it does a group effort.

“A client will think they have been infected with ransomware, so they reach out,” he explained. “We’ll have ThreatOps look at it and provide feedback so we can isolate the machine and make sure everything’s good.”

“We make them look like heroes to their partners or clients.”

An Inclusive Team Culture Beyond the Day-to-Day

Alcaraz-Duran looks for new hires that can shed the stereotypical reputation of a sales rep.

On his team, the Huntress salesperson is not someone chasing commissions, but rather a trusted advisor in the security space. In fact, members of the sales team will often forego new accounts in pursuit of educational goodwill.

“If we see that partners have everything in their security stack and are happy with their price points, we’re going to point that out,” he said. “We tell them Huntress probably isn’t going to add much value.”

In addition, Alcaraz-Duran found that colleagues who work in service of Huntress’s partners usually end up helping the team grow.

But Huntress’s internal culture doesn’t just derive from a collection of similar-minded individuals. The company actively invests in fostering a people-forward environment that works well together.

“We recently had our annual summer summit in Dallas,” said Alcaraz-Duran. “We spent considerable dollars on this event, just to get everyone together. The company knows the power of uniting the team and is willing to spend money and time to make it happen.”

“The company knows the power of bringing people together.”

The idea of a ThreatOps analyst invokes the Hollywood image of the lone hacker, typing furiously against an unseen intruder among an endless stream of code. But the reality is less dramatic. 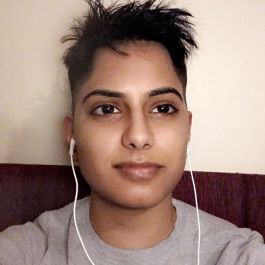 “It’s definitely not like the movies,” Nadeem laughed. “If there is a threat actor within a company’s network, we won’t start blowing the horns straight away — there needs to be a criteria.”

She describes an involved and meticulous process that ensures the customer’s digital safety without invoking unnecessary panic. According to Nadeem, the real-world impact of cybersecurity necessitates a workflow that engages multiple teams.

When a possible bad actor appears for a customer, Huntress invokes the hypercare protocol. Within the company network, teams go through a couple of checkboxes. First, Nadeem’s UK team will parse the logs to work out the timescale and discover the foothold. As a unit, the group then puts the information together and tasks the support team with updating the customer. From there, Nadeem and her colleagues offer remediative techniques and next steps.

To maintain company-wide cohesion, Huntress has a robust framework for professional mentorship. Four months ago, Nadeem faced uncertainty working on the company’s macOS agent, a stark departure from their legacy Windows product. With support from the devops and R&D teams — along with in-house training and encouragement from her supervisor — she’s now sure that their product will be the best in its class.

In turn, Nadeem offers the junior analysts she manages the same room to grow. By tailoring her mentoring style to her direct report’s personalities, it empowers them to fly through training and add to Huntress’s strength in numbers. She credits her own mentor for paying this mindset forward.

“He asks me to do everything that he does, despite him being my senior,” Nadeem noted with amusement. “I think that’s really important, because you get to learn.”

By absorbing more knowledge in her field, Nadeem can better educate her customers. For all the training, mentorship, innovative products and team-building summits that Huntress employs as tools for growth, the impetus for employees still comes from its creed of protecting their partners in need.

“When there’s a threat in a company’s network, it’s quite a vulnerable moment for our partner​​,” said Nadeem. “We need to look after them.”