With a new leader and fresh perspective, the company is ready to shape the future of the global travel industry by empowering its team to innovate, fail fast and grow.
Written byOlivia McClure
Olivia McClure
Staff Writer at Built In
Olivia McClure is a staff writer for Built In’s brand studio. She previously covered professional development and tech industry trends for BuiltIn.com. She holds a bachelor of arts in English and multimedia journalism from Loyola University Chicago...
SmarterTravel

Challenging times can be a catalyst for change, forcing people to reexamine their plans and identify a better path forward.

SmarterTravel is no stranger to this moment of reflection. In early 2022, the company lost its main line of profitability and was forced to undergo a round of layoffs. Yet these steps toward stability weren’t enough. 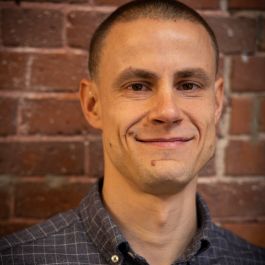 After concluding a second round of layoffs in late 2022, the company’s leaders took a step back — both literally and figuratively. The organization’s CEO was replaced by former VP of Strategy Palo Cvik, who is now tasked with guiding the company on a new course.

Cvik said the organization’s trajectory has changed significantly over the past three months. The team has made an effort to break down silos and create a stronger sense of community. Now, every employee understands the company’s goals and is pulling in the same direction.

SmarterTravel aims to equip travelers with everything they need to get the most out of their vacation, offering a hotel search engine in addition to travel tips, news and product reviews.

This alignment is important, given the fact that SmarterTravel is moving quickly in its efforts to disrupt the trillion-dollar travel industry. For Head of Travel Experience and Business Development Kelly Gerard, this fast-paced transformation foreshadows an exciting future. 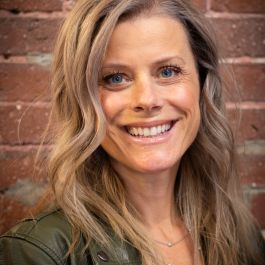 “We’re not a large corporation that works and plays in a certain box,” Gerard said. “We’re a group of passionate individuals who are energized by experimenting, failing and trying again.”

Embracing this out-of-the-box mindset, the company is focusing heavily on building out a strong leadership team and a supportive workplace in order to see its ambitions come to fruition.

Gerard said there’s a reason why the company is invested in strengthening its leaders: “We use our leadership team to help define and create goals for the company, so we really make them a part of our decision-making process.”

As part of Cvik’s efforts to break down silos, every new manager participates in a leadership training program, which lasts for six to seven weeks. This gives them the chance to connect with others in similar roles during and after the conclusion of the course, which, according to Gerard, has proven to be highly successful so far.

While skill-building is essential to developing effective leaders, it’s only one step in the process. “It’s not just about training; it’s about putting the right people in place to help create our path forward,” Gerard said. 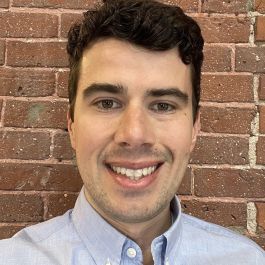 Being a leader isn’t defined by an individual’s role at SmarterTravel. In VP of Analytics Mike Mitchell’s mind, the company’s workforce may be smaller, yet the amount of work that needs to be done remains the same.

That’s why even the most junior members of the team are encouraged to be independent and take initiative. “We try to give employees the latitude and flexibility they need to make decisions and drive their areas of the business forward,” Mitchell said.

For Cvik, this focus on autonomous innovation is key to progress. Employees are motivated to embrace a drive mentality and create positive change for the company, regardless of their tenure or title.

SmarterTravel is prioritizing employee recognition in order to cultivate a greater sense of unity, Mitchell explained. Weekly meetings give employees the chance to discuss important projects and exciting accomplishments. Gerard added that the company also seeks out opportunities for internal promotions in an effort to acknowledge excellence.

Cvik may not believe that a title defines an employee’s responsibilities, yet as the company’s new CEO, he considers it his duty to help shape the road ahead. In his mind, the key to success is enabling his team members to deliver their best work.

This enablement begins with trust, which he recognizes as a key element of prosperous organizations.

“If you look at every successful company out there, you’ll see that their employees are empowered to make thoughtful decisions that are right for the organization without having to get approval from 10 layers of management,” he said. “That’s the culture I’m trying to build.”

Creating this sense of agency means Cvik must encourage his employees to draw conclusions on their own rather than continuously seek his advice. Not only does greater autonomy speed up the decision-making process, but it also results in better solutions, considering those finalizing the decisions are closer to the data.

Cvik added that a feeling of safety is essential to facilitating a higher level of ownership. He wants employees to feel comfortable pitching concepts in meetings, regardless of their level in the company.

“We need to create a culture where the best idea wins rather than the idea coming from the most senior person wins,” Cvik said.

“We need to create a culture where the best idea wins rather than the idea coming from the most senior person wins.”

Cvik acknowledged that building an even playing field in the workplace is easier said than done. Many organizations strive for this type of internal structure yet continue to lean into a hierarchical approach.

But in his mind, there’s a way to get around this: When he or one of the other leaders makes a mistake, they must own it and identify a better way to accomplish their goal.

Gerard said SmarterTravel seeks out passionate individuals who are energized by creativity and speed. Cvik added that the company is the perfect place for smart people who excel in ambiguous environments and are excited to explore uncharted territory. “We want people who will thrive in this culture of, ‘Let’s do as many experiments as quickly as possible, let's learn from them and let’s build something great together.’”

‘At the Forefront of Disruption’

Building an empowering culture and strong leadership team is important for any company. But it’s even more crucial for SmarterTravel, given the organization’s ambitions and potential.

“We’re poised to revolutionize the travel industry,” Gerard said. “There’s so much opportunity, and we’re right on the cusp of it.”

The company’s product roadmap is filled with exciting projects, including an optimized use of AI and machine learning to personalize travel recommendations, which reflects the company’s current focus on improving the customer experience. “I’m excited to see what we’re going to create next,” Gerard said.

Mitchell said he’s also eager to see the company more effectively cater to customers’ interests and needs. He believes that SmarterTravel has the upper hand in the sector, given the organization’s willingness to embrace new ideas.

“The big players are very set in the way they approach the industry and are not really going to change their business models,” Mitchell said. “That leaves a great opportunity for companies like ours to come in and change the game.”

According to Cvik, this game hasn’t been altered since Booking.com was launched roughly 20 years ago. He believes that the travel industry is ready to be redefined.

“I’m excited about us being at the forefront of disruption,” Cvik said.

Of course, carving out a new future for a global industry is no simple feat. It requires a team of dedicated, capable people ready to face the unknown — and according to Cvik, SmarterTravel has that covered.

“These are some of the smartest and most driven people I have ever met in my life,” he said. “I wouldn’t want to take on this journey with any other team.” 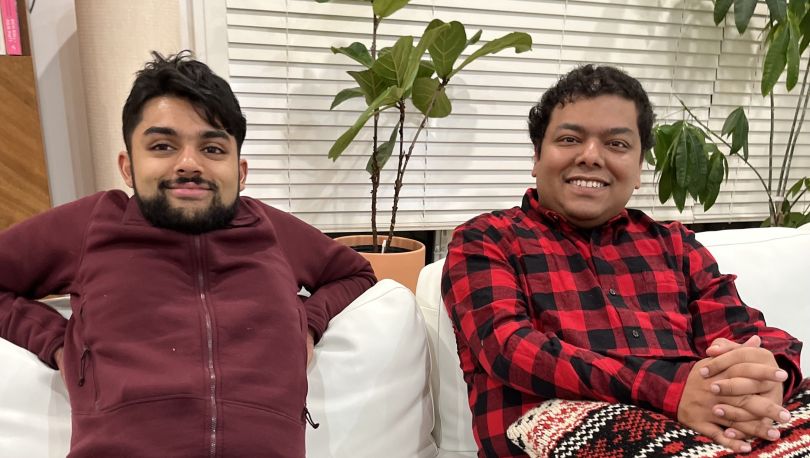