Research shows that almost a third of new hires leave a job before 90 days, but great onboarding — like that at Blueprint — can improve employee experiences and retention.
Written byBrigid Hogan
Brigid Hogan
Staff Writer at Built In

You only get one chance to make a first impression, as the adage says.

While fully remote companies may not be able to offer a firm handshake or welcoming smile, early experiences in onboarding and the first days at a company can define an employee’s entire experience in the workplace. According to research from Jobvite, almost a third of new hires leave a job less than 90 days after starting.

But when an employer makes a good first impression, new hires take notice — like Neil Rivera, who knew he would be staying at Blueprint Test Preparation almost as soon as he joined. “My introduction to Blueprint was the most welcomed I’ve felt at any employer,” Rivera, Blueprint’s email producer, said. “I knew I made the right choice within the first week.”

Since its 2005 founding, Blueprint has been committed to making test prep fun for the law and medical students they serve — and their company culture has followed. For instance, Blueprint’s internal Slack has fostered relationship-building across their team, even in a distributed workforce.

“A lot of companies have dedicated Slack channels to discuss different interests and hobbies, and they’re nowhere near as active as Blueprint’s,” Rivera said. As he discovered channels that celebrated his interest and priorities, Rivera found himself building meaningful relationships with colleagues.

“Whether it’s celebrating the highs and lows of parenthood with other parents, sharing cute pictures of our pets or nerding out over video and tabletop games, I have no shortage of people to talk to about things I’m interested in,” he said. “It gives me so much joy knowing that I can talk to so many people at work about things other than work.”

“I knew I made the right choice within the first week.”

For those interested in joining the Blueprint team, its many open positions reflect their rapid scaling and ambitious goals. The company is continuing to refine and improve its hiring practices in order to improve candidate experience and add additional value to the interview process — key to offering a great first impression from the very beginning of the hiring process. Their team recently implemented the Predictive Index assessment into their hiring process in order to gain deeper insight into candidates’ opportunities for growth and success.

Built In heard from Rivera about the details of his position and how Blueprint’s onboarding process and culture helped him feel at home in his new role.

Blueprint was founded in an LA condo in 2005 to offer test prep classes at five California locations. By 2010, the company operated hubs across U.S. metro areas and began exploring online expansion leading to a 2012 platform rebrand. In the decade since, they’ve acquired and partnered with numerous organizations and platforms to offer law and medical students and professionals educational opportunities from their first day of test prep and throughout their careers.

What do you do at Blueprint? 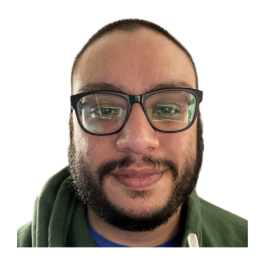 I’m the email producer at Blueprint. I build and deploy marketing emails for all of the different brands at Blueprint and create everything within Hubspot using their proprietary drag-and-drop editor in addition to HTML and CSS. I also work on setting up a variety of automations, such as our webinar registration workflow that handles everything from registration to post-webinar follow-up, managing SMS messaging to our learners, building landing pages for new free resources for our learners and handling anything else involving our contact database as needed.

What was the onboarding process like for you when you joined Blueprint?

I loved the onboarding process. I’ve started at companies where it felt like I was in introductory meetings for weeks, and that wasn’t the case at all with Blueprint. I wasn’t overwhelmed, but it allowed me to get acclimated to my role quickly. I felt like I was making a positive impact within my first week. I also loved getting to chat with our CEO Matt Riley and hear Blueprint’s story and company values directly from him.

A Seat at the Table

“Blueprint offers me a seat at the table when it comes to the biggest decisions,” Rebeccah Burgin, senior director of program operations, told Built In LA last August. Since joining the company in 2020, Burgin has had the opportunity to grow her department of one into a robust team of 15 full-time and over 400 part-time employees, along with the opportunity to carve out her own path to success. “I’ve found my calling in operations, and at Blueprint, I’ve crafted an operations role that plays to my strengths while furthering the objectives of the business.”

What surprised you after joining?

I was surprised by the amount of growth the team and the company have undergone since I joined. I’ve been a part of companies that grew quickly, but not nearly at the pace Blueprint has grown. I wasn’t the “new guy” for very long, and after a couple of months, I already felt like a seasoned veteran.

Both during the introductory meeting with Matt and in practice during my day-to-day responsibilities, I quickly saw how nimble Blueprint was despite that incredible growth. We’ve launched so many new products and services in my time here, and it’s a testament to the team’s drive and determination.