Encamp is unlike any other company in the environment, health and safety industry. Meet the women leading the charge on changing the status quo.
Written byBrendan Meyer

Marilia Sinigaglia thought she was going to change the world.

She had moved from Brazil to the U.S. to study environmental science at Indiana University–Purdue University Indianapolis. Four years later and with a bachelor’s degree in hand, she was ready to make an impact.

But with every job she held, from environmental scientist to environmental health specialist to working as a consultant, Sinigaglia kept running into the same issues. According to her, the Environmental, Health and Safety (EHS) industry was antiquated and stuck in its ways, with many companies still led by older white men who cultivated hierarchical organizational structures. Sinigaglia didn’t feel appreciated. Even worse, she didn’t feel like she wasn't making a difference. 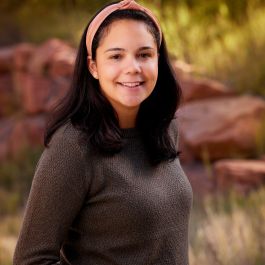 “I would often get exposed to situations where I would think to myself, ‘Is this why I went to college? Is this why I left my family in a different country? Was it worth it?’” she said.

She doesn’t feel that way anymore. Two months ago, Sinigaglia joined Encamp as a customer success manager. Founded in 2017, the company’s environmental compliance platform enables companies to proactively manage risk by aggregating and centralizing data, streamlining workflows and automating the submissions of filings and payments. Having more accurate data allows companies to review and improve their processes, which could lead to them using less chemicals or more eco-friendly chemicals.

“I want to be part of the team that's making a difference.”

Even better, Sinigaglia said the structure of the company is vastly different from what she experienced at previous employers, with a flat organization where five of eight VPs are women. Encamp also empowers women through flexible working arrangements.

Built In sat down with Sinigaglia and two of her other teammates, Julie Ragains and Megan Walters, to learn how their career paths led to Encamp, and how this employer is doing things differently.

When people ask Sinigaglia about Encamp, she often likens it to the income tax return software TurboTax. Back in the day, Sinigaglia explains, TurboTax asked its customers to save carbon copies of receipts in order to file their report. Now, it’s all automated online. The same goes for Encamp. Clients can file their reports, with different states requiring different materials, all online in one easy-to-use platform. “TurboTax is the best way to describe it because at one point it was a pain. Now, it's easy,” Sinigaglia said.

Bringing Tech to the EHS Industry

Megan Walters always thought that technology could vastly improve the EHS consulting industry. After all, she used technology to simplify so many aspects of her daily life.

But early in her career, whenever she broached the idea of combining tech and consulting with her bosses, she was shut down. 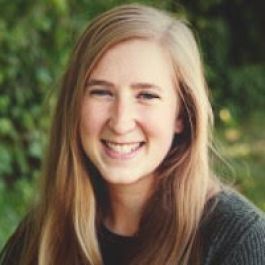 “The explanation was always the idea that a human had to be a part of it, because that's the consulting model. If you don't have billable hours, you don't have a business,” Walters said.

Encamp is proving that mindset wrong.

Walters, the VP of compliance and customer success, joined the company almost three years ago, and loves how Encamp’s software is overhauling the EHS industry.

The focal point is simplifying EHS regulations. Understanding and digging through federal or state environmental regulations is confusing, Walters explained, which makes it difficult for companies to comply. “Regulations weren't necessarily designed with the regulated community in mind. Companies can easily miss an important requirement because of this, which could in turn get the company fined and put on a watch list,” Walters said.

“The explanation was always the idea that a human had to be a part of it, because that's the consulting model. If you don't have billable hours, you don't have a business.”

“Let’s say a client didn't have Encamp. They’re doing the whole reporting and filing process in siloed systems in Excel spreadsheets,” Walters said. “They’re reading the regulations, then copying and pasting from one Excel spreadsheet to the next, maybe to an email and then to another report, and then finally putting that information into the state's system. There are so many steps and it increases the possibility of human error.

“We're eliminating that possibility because our clients are using one unified system to enter data. And we’re doing it with tech,” Walters said.

Growth is available for women at Encamp. Just ask Walters. She’s a VP, and some days, that’s hard for her to believe. “I love it. I get to enable and empower people. At my previous consulting firm, it probably would’ve taken 30 more years to achieve this position.”
Get Alerted for Jobs from Encamp

Julie Ragains is probably somewhere in Utah or Arizona right now. At the start of 2021, the director of customer success and fulfillment at Encamp ditched her home office for an RV, and has been driving around the country working remotely ever since.

Could she do this at a traditional EHS consulting firm?

“Never,” she said, laughing. “That billable hour is so critical that they wouldn't put that level of faith and trust into an employee to work remotely and hit those numbers.” 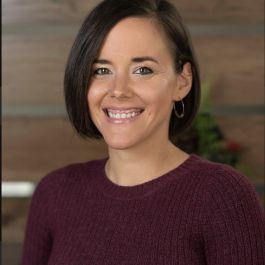 At Encamp, Ragains bought her RV before she even asked for the CEO’s permission. When she told him, the CEO’s response was, “Maybe I should do that, too.”

“It's so ingrained in our culture that as long as you get your work done, and you’re contributing and available when you need to be, then opportunities like this exist,” Ragains said. “The flexibility in our work schedule is completely real. All of us are talented, smart and competent adults who can handle the work environments that we put ourselves in.”

But work flexibility isn’t the only thing that’s been refreshing for Ragains.

“There’s so much opportunity here. You don't have to fight for it.”

In her previous consulting jobs, Ragains felt like she always needed to fight for any type of advancement or raise. At times, she dealt with harassment and a sexist work culture. “If I made a mistake, it was like the world was ending,” Ragains said. “But there were certain men in the office who could make mistakes, and it was just like, ‘Oh well, no big deal.’”

It’s a different story at Encamp.

“There’s so much opportunity here. You don't have to fight for it,” Ragains said. “If you want it, you can take it. Your opinions are respected. It's just a totally different working environment.”

It’s also a company that genuinely cares about the environment. In one of Ragains first jobs as an environmental scientist in Texas, she was stunned by the massive amounts of paper the company repeatedly printed.

“We are all digital. And we work with One Tree Planted, an organization that helps with reforestation,” Ragains said. “Encamp plants a tree for every Tier II report we file.”

“Think big” is one of Encamp’s core values, and for Ragains, it’s the one that stands out the most. “I didn't realize until I came over here how small I’ve always thought. In previous jobs, I was simply completing the task in front of me and being reactive,” she said. “Here, we're solving huge problems in ways that nobody's ever thought about before. It’s so exciting.”
Responses have bee edited for length and clarity. Photography provided by companies listed, unless otherwise noted.