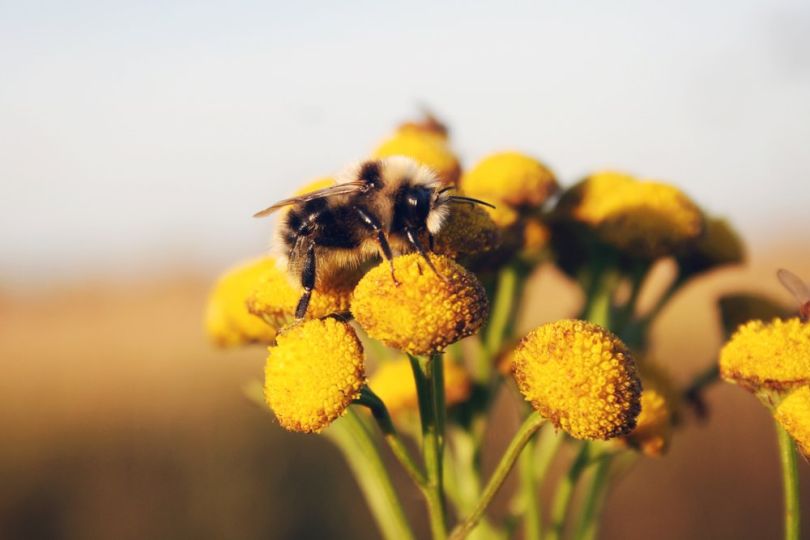 Think Internet of Things is just a buzzword? University of Washington researchers would argue that it’s the bee’s knees. UW News reports that a team of engineers at the University of Washington have built a miniature sensing system that can ride aboard a bumblebee, equipped with a charge that lasts for seven hours of flight and a battery that wirelessly recharges overnight while bees are back in their hive.

“Drones can fly for maybe 10 or 20 minutes before they need to charge again, whereas our bees can collect data for hours,” explained senior author Shyam Gollakota, an associate professor in the UW’s Paul G. Allen School of Computer Science & Engineering, to UW News. “We showed for the first time that it’s possible to actually do all this computation and sensing using insects in lieu of drones.”

Substituting insects for drones required some creative thinking given the constraints of insect size and the need to track location. Animal lovers, never fear: the bumblebees were treated with TLC.

“We decided to use bumblebees because they’re large enough to carry a tiny battery that can power our system, and they return to a hive every night where we could wirelessly recharge the batteries. For this research we followed the best methods for care and handling of these creatures.”

“We decided to use bumblebees because they’re large enough to carry a tiny battery that can power our system, and they return to a hive every night where we could wirelessly recharge the batteries,” said co-author Vikram Iyer, a doctoral student in the UW Department of Electrical & Computer Engineering, to UW News. “For this research we followed the best methods for care and handling of these creatures.”

While their team was not the first to fit bumblebees with trackers, prior experiments only enabled tracking over short distances using RFID tags. These sensor backpacks, however, can track movement over a larger range.

“The rechargeable battery powering the backpack weighs about 70 milligrams, so we had a little over 30 milligrams left for everything else, like the sensors and the localization system to track the insect’s position,” co-author Rajalakshmi Nandakumar, a doctoral student in the Allen School, told UW News.

In lieu of GPS receivers, their method of localizing the bees makes use of antennas for triangulation. The backpack also collects data on temperature, humidity and light intensity, which can then provide insights about a farm.

Next the team added a series of small sensors — monitoring temperature, humidity and light intensity — to the backpack. That way, the bees could collect data and log that information along with their location, and eventually compile information about a whole farm.

“Having insects carry these sensor systems could be beneficial for farms because bees can sense things that electronic objects, like drones, cannot,” Gollakota explained. “With a drone, you’re just flying around randomly, while a bee is going to be drawn to specific things, like the plants it prefers to pollinate. And on top of learning about the environment, you can also learn a lot about how the bees behave.”