‘Onlies’ No More: How Women Engineering Leaders Are Shaping the Future at Dave

Engineering can be a lonely industry for women — but not at Dave. This fintech company is committed to placing women leaders at the helm of its engineering teams.
Written byJenny Lyons-Cunha

What do you wish you knew on your first day as a software engineer?

Asked this deceptively simple question, a woman engineer is likely to let the question hang in the air. She might look wistfully past you for a moment, inhale, then begin.

She is likely to tell you that she was often the only woman in the room, on her team, in the organization.

She might fold her arms and let out a meditative sigh, like Nina Liu did, adjusting angular blue glasses as she reminisced about her first agency role fresh out of college. Liu — now director of software engineering at Dave — remembers wishing she was more like everybody else in the room. 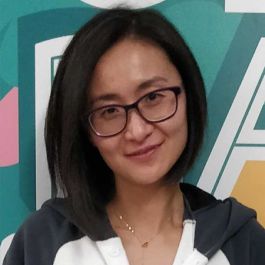 “I thought, ‘If I just had the combined knowledge of my more senior colleagues, I would be happy, and I would be better,’” Liu said. “I wish I knew then what I learned through my journey — that I have my own unique way of solving problems that no one else can replicate.”

Leah MacIsaac-Ruff, director of technical program management at Dave, had a similar experience. “When I first started, there were zero women,” MacIsaac-Ruff emphasized, throwing her arms into an illustrative X. “I was always the only woman in the room when I was on Wall Street and in pharmaceuticals, and there was hard-core misogyny.”

She added a resounding “ugh” and scrunched her expression to match. Then, her face brightened. “But eventually, I found really good mentors in those spaces once I realized I could be myself — that I can be who I am and still be successful.”

Dave describes itself as “the David vs. Goliath of finance.” At its heart, the fintech company aims to level the financial playing field by designing products that combat financial pain points like overdraft fees and complex budgeting. Dave was created to serve “99 percent of Americans, not just the 1 percent” — placing special emphasis on underserved communities who are disproportionately impacted by financial hardship.

Silvia Zhao, Dave’s VP of data, nodded in agreement. “We often tell ourselves, ‘You’re a woman. There are limitations to how you develop your career,” Zhao said. “But, I wish I knew then that we have unlimited possibilities to create, just like the men around us.”

That Liu, MacIsaac-Ruff and Zhao can speak to the experience of being the only woman in the room is no fluke. A McKinsey report recently showed that 40 percent of women in senior and technical roles are “onlies” — defined as the singular woman on their team or within an organization.

That all three are senior leaders at Dave is no accident, either. While the industry norm sees roughly 50 women being promoted into leadership roles for every 100 men — even less for top-level positions — Liu, MacIsaac-Ruff and Zhao have risen to director and vice president roles, respectively. The steadfast presence of women in Dave’s leadership is a testament to the fintech company’s inclusive hiring practices.

ALL DAVES ARE WELCOME HERE

MacIsaac-Ruff rhapsodized about Dave’s commitment to visible inclusion. “We recently had a presentation at an all-hands covering the challenges women deal with at work — from pregnancy to parenthood, periods, menopause,” she said. “The transparency and willingness to listen here is amazing.” The company holds space for all of its Daves, not just women. “Our Black community, Asian community, LGBTQIA+ community — everyone has a voice here,” MacIsaac Ruff said.

It’s a commitment that Liu and her cohorts have been adamant about paying forward.

When Liu recently had two engineering manager positions open, she met with the VPs of technology and engineering to make a bold promise. “We will hire at least one woman engineering manager,” she told them. The team partnered with their recruiters to source women engineers and build a unique hiring pipeline.

Here, Liu interjected a clarifying aside: “It’s very difficult to hire women software engineers, and even harder as that level gets higher.”

The hiring committee leaned into the challenge. As engineers do, they dissected the data: How many women applied? How many women were they interviewing? At what point in the process do they drop off?

After five months, the pipeline served its purpose: Liu added another woman manager to her team.

“While there is still work to do, we currently have three female software engineering managers on our teams,” Liu beamed. “I’m very proud of our process. These women are really shining.”

While women represent under 25 percent of the STEM workforce, achieving parity on an engineering team is not just a numbers game. Liu believes in addressing the nuanced concerns that women face during the hiring process.

“In my anecdotal experience, it can be hard to get women to move from one employer to the next,” Liu said. “The idea of leaving a known company to rebuild new relationships can feel like a hurdle to the woman making that career jump.”

Zhao confronts these fears with an empathetic touch. “I emphasize to women engineers that there is equal opportunity here,” she said. “There is an inclusive culture in our data organization — I’m lucky to have about 50 percent women on the team and a strong women presence in leadership.”

VP of Data Sylvia Zhao speaks in a reserved tone, but her presence is undeniably commanding. When mentoring other women in data, Zhao encourages them to make their presence known. “I always encourage women to sit in the front of the meeting or have their cameras on — I want them to feel important and seen,” Zhao said. “I invite them to speak up, even when they’re not feeling 100 percent ready to share an idea.” How does Zhao recommend building up confidence? “Put in the work to be great at what you do,” she said. “And read 'Lean In: Women, Work, and the Will to Lead' by Sheryl Sandberg.”
They're Hiring | View 8 JobsDave Inc. is Hiring | View 8 Jobs

Zhao also focuses on sharing her professional development story. “I want them to know they have a connection to senior leadership on the team and will have a future mentor in me,” she added with a warm smile. 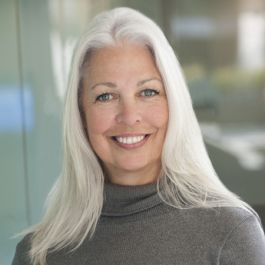 NIPPING GENDER BIAS IN THE BUD

In 1973, exclusive pronouns were banned from job postings — but gender bias remains baked in the language of many job descriptions. A Harvard report suggests that both men and women respond to subtle cues in the phraseology of job postings. Studies indicate that words like “dominant” or “competitive,” or even an over-stacked list of requirements, might discourage women from applying for said positions. In traditionally male-dominated fields like engineering, savvy leaders are choosing their words more carefully in hopes of appealing to applicants of all backgrounds.

But it is far more than inviting diction and the promise of stellar mentorship that draws talent to Dave. Rather, it is the company’s mission of designing products that “level the financial playing field” that appeals to its candidates.

“We’re talking about equality in the workplace, which is so important, and Dave is aiming to provide that equality in life,” MacIsaac-Ruff said. “There’s nothing better.”

Liu is especially moved by the stories of the women whom Dave serves. “Our users are often women, who may be impacted more by the job market or the economy,” she said. “We see customer testimonials on how we provide value to these women: making their lives a little bit easier, helping make ends meet, helping them buy gifts when the holidays come.”

“I just love the testimonials where they’ve gone from ‘I need extra cash’ to ‘I’m saving to buy a house,’” MacIsaac-Ruff interjected excitedly. “It’s so great to hear from people moving through their financial journey and to know that Dave is helping them along the way.”

ALL HANDS ON DECK

Zhao, MacIsaac-Ruff and Liu share a mutual love for Dave’s all-hands meetings. “Even after going public and as the business grows more complex, the leadership team still invests so much time in communicating with the entire company,” Zhao said. For MacIsaac-Ruff, the customer testimonials presented at all hands offer a satisfying dose of perspective. “This is the next best thing to working for a nonprofit — just knowing that what we’re delivering every day is making a difference in people’s lives,” she said. 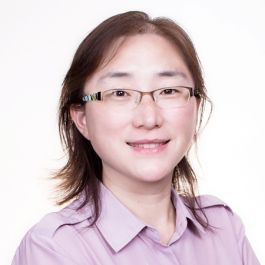 Her posture noticeably softened as she recalled immigrating to the United States. “When I moved here as a graduate student, I had a difficult time setting up my bank account, and getting my first credit card as I didn’t have credit history in this country,” Zhao said. “It was really painful.”

“I see the opportunity to provide products to that underserved population. Our product makes it easier for someone — like myself 20 years ago — to establish a life here.”

All three women visibly light up when they talk about this fintech company with heart. “Listen to all of us talk about why we’re here,” MacIsaac-Ruff laughed.

She punctuated each syllable with a flick of her hands: “There’s a certain type of person who joins Dave: They want to make a difference not just in their work, but beyond Dave.” Zhao and Liu nodded in solidarity.

At Dave, women’s empowerment is most alive in the space its leaders so earnestly hold for the women in their circle. Beyond careful hiring practices and affinity groups, all three women described a constant and acute awareness of the women in the room, physical and virtual.

“It’s about the mindfulness of watching the room and being conscious — taking a step back and inviting them into the conversation” MacIsaac-Ruff said.

Zhao often invites the women on her team to speak their mind, while Liu often challenges her cohorts to trust their instincts and stand firmly in their expertise.

“I’ll say, ‘You had a great point in that meeting. Why did you drop off the conversation when somebody pushed back?’” Liu said. “I give them the tools to stick to their stance in the future.”

Having forged their way to leadership in a historically less-than-hospitable industry, Zhao, Liu and MacIsaac-Ruff are invested in elevating the next generation of women engineers.

“There’s a place for you,” MacIsaac-Ruff is sure to tell them.

Listening to these three women leaders exchange tips for transcending imposter syndrome, empowering women engineers and recommending leadership books, it’s not hard to imagine a future in which “onlies” become a relic of tech history.