Why OpenWeb Is Going Hybrid

OpenWeb’s office culture of community is reflective of its mission: to create healthy communities rooted in high-quality, safe conversations hosted by online destinations users can trust. Those destinations, OpenWeb’s partners, include Yahoo!, The Wall Street Journal, The New York Times and over 1,000 more premium publishers.

This mission resonated strongly with Talent Acquisition Partner Omer Ashkenazi. As a person from Israel and a member of the LGBTQIA+ community, he is acutely aware of the kinds of hate that can fill online spaces. 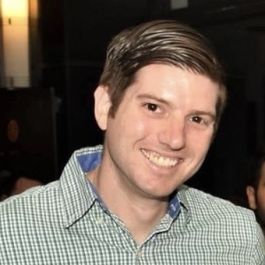 “The world is getting more global and more digital,” said Ashkenazi. “I stumbled upon OpenWeb and learned how it’s creating a space where people can not only read articles that resonate with them, but also meet people and exchange thoughts while maintaining a level of healthy conversation.”

“Once you look at our partner list, you’ll see that we’re not just talking the talk, we’re walking the walk,” he added. “Major companies are picking up our mission and understanding that this is the future of online conversation.”

“I wanted to be part of an organization that is working to make this world a better and safer place,” said Chief of People and Business Operation Smadar Tzalalichin-Sabo. “Without advanced tech, spaces online can often be overwhelmed by trolls, bots and bullies, driving down engagement and sinking entire communities. At OpenWeb, we do everything we can to outsmart and outmaneuver bad actors to create a high-quality, safer environment.” 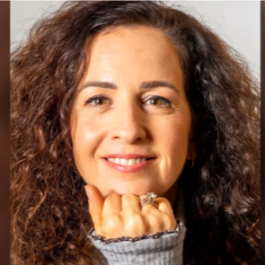 Office and Employee Experience Manager Laura Merritt has also seen first-hand what toxicity on social media can do to people and relationships.

“I ended up having to delete Facebook because it was too toxic,” she said. “And when you do that, you lose insight into people’s lives that you wouldn’t have otherwise.”

When Merritt discovered OpenWeb, though, she saw a chance to change online culture.

“We want to create safe spaces that lift positive voices and encourage healthy dialogue,” she said. “We want to replace the culture of toxicity on the internet. That’s a huge undertaking. But you go through the recruiting process, you meet Omer, and you realize that this dream is tangible. You learn that achieving the mission is possible, that OpenWeb has a strategy to build it and that you want to be on board.”

Through diligent work by Ashkenazi and a wider team of recruiters, OpenWeb’s team has been filling up with enthusiastic, community-minded people — and it’s Merritt’s job to bring them together in a physical space to help cement those connections as the company goes hybrid.

As the pandemic finally declined in severity, OpenWeb began working toward a hybrid model, transitioning away from the fully-remote status it held the past few years. This was not a decision made idly, but instead built on a sincerely-held belief that the community and culture would be short-changed by a fully distributed team.

“The whole idea of OpenWeb is to create communities and give publishers the tools to host them,” said Ashkenazi. “When everyone is in the same space, you can bounce ideas off one another — and you’re more productive when you’re having fun with your peers.”

Despite sincere belief that getting people into the office on a few regular days each week will improve OpenWeb’s culture and work, Merritt and Ashkenazi understand that it can be a hard sell for people that are used to working from home.

“It’s a conundrum, right?” said Merritt. “We don’t want to force people to do something they haven’t had to do for nearly three years. Even if you like coming to the office, there’s so much freedom that comes from working from home.”

The return-to-office plan has been an ongoing conversation with employee input every step of the way, and leaders have revolved that conversation around employee needs and consideration for the best way to build and strengthen OpenWeb’s desired company culture.

Right now, OpenWeb “strongly encourages” New York City employees to come in weekly on Thursdays. Later this year, they plan to require one day and strongly encourage a second, ultimately transitioning to a mandatory two-days-a-week policy. This plan is, of course, subject to change as team needs and conditions do.

OpenWeb’s hybrid plan has incorporated feedback and individual needs into the planning process so employees are happy with it.

“There’s always snacks and drinks!” Merritt exclaimed, laughing. “We enjoy each other — I’m so excited to hang out with these people.”

When Merritt sat down to talk to Built In, she was right in the middle of setting up the company’s holiday party. 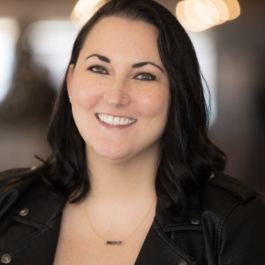 “I have some fun things planned,” the office and employee experience manager said.

She remained tight-lipped on the details — not wanting to reveal any surprises for Ashkenazi, who sat next to her — but her voice hummed with excitement.

“I like to think outside the box and do things that people haven’t done before,” she added.

It seems like there’s something exciting going on every Thursday, which is OpenWeb’s encouraged in-office day. The office is host to fun activities based on the desires and character of their employees.

“We’ll provide lunch more than one day a week on most weeks, and we’ll do happy hour at the end of the day on Thursday,” said Merritt. “During the last happy hour, we decorated for the holidays. We’re also hosting a World Cup viewing party in our community lounge all week so our team — who come from all over the U.S. and around the world — can watch along and root for their home teams.”

Not everyone at the company is capable of working in the office, a group that includes Tzalalichin-Sabo, who is based in Israel. But even those who are 100 percent remote are supportive of OpenWeb’s desire to build community through its work practices and product.

“We are a company that wants to lead community creation,” said Tzalalichin-Sabo. “So it’s great that we are designing and creating a community for our people to share knowledge and increase collaboration.”