At Telesign and Anduril Industries, Veterans’ Experience Enriches the Org

Perseverance, passion and a willingness to “jump right in!” are three big pluses these vets bring to their roles.
Written byRobert Schaulis
Robert Schaulis
Staff Writer at Built In
Robert Schaulis is an author and journalist who has written on the subjects of agriculture, business and technology.

“There’s a place for everyone in tech,” Telesign HelpDesk Engineer Lori Duenas said. At Telesign, a mobile identity solutions company that has helped its customers secure more than 3.5 billion accounts worldwide, that emphatically includes a place for veterans like Duenas.

Duenas served eight years in the U.S. Army, completed two tours of duty in Iraq and finished her military career as a systems analyst. In her current role, Duenas employs many of the tech skills she learned in the military, as well as a sense of resilience and discipline that she developed during her military career. These are skills Duenas has found invaluable in her post-military success, and she encourages fellow veterans to apply these and other hard-earned skills to the tech industry. Her advice for veterans considering a role in tech is simple: “Jump right in!”

Like Duenas, Jayson Zorola has been able to capitalize on the skills he acquired during his service to find success in the private sector. He parlayed his experience and passion for aviation technology from serving in the California Army National Guard into a role as lead drone technician at Anduril Industries — a defense technology company that produces products for the U.S. Department of Defense, the Department of Homeland Security and the U.K. Ministry of Defense, among others.

As a tech professional, Zorola’s has harnessed the power of understanding and playing to his strengths. And he encourages others in a similar position to do the same.

“Learn early how to capitalize on the opportunities available to you,” Zorola said. “Learn how your skills can translate into civilian life — not just what your military occupational specialty is but what other things translate, whether it’s managing people, meeting deadlines, showing up ready to learn, teaching others or learning from others.”

Read on to learn more about the ways in which companies like Telesign and Anduril Industries are empowering veterans to apply their critically important skills in the tech industry. 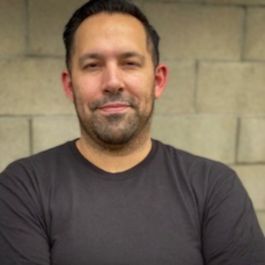 How and where did you serve your country? What is your current role, and what are you working on right now?

I am still serving. Currently, I am in the Army National Guard as a 15T UH-60/UH-72 mechanic and crew chief and have had the opportunity to deploy to Iraq twice and Afghanistan once as a UH-60 mechanic and crew chief. I’m currently at 16 years in service and am looking forward to rounding out my 20 in the Guard.

I am a lead drone technician on the Ghost Drone Program. I am working on producing drone products for our customers around the world and working closely with the drone technician team responsible for manufacturing these drones.

What aspects of your military service have helped you build a career in tech, and what are some new skills you’ve developed since you left the service?

I’ve always had a passion for aviation and technology. Seeing where defense and technology is today after being introduced to MS-DOS based systems way back in elementary school is astounding. I've been fortunate to have had the chance to maintain and fly helicopters with 1960s technology that are still relevant today and helicopters that were designed in the late 90s that continue to be improved upon, re-engineered and adapted to emerging technologies. Additionally, I have been on the user and administrator end of different systems used to track, record and maintain military aircraft maintenance historical records.

Anduril has been a fantastic outlet to exercise these skills from my time in the service. More importantly, Anduril has broadened my horizons and re-introduced me to command-line interface, and I’ve learned multiple programs that are daily tools in my technician toolbox such as Jira and Netsuite.

What advice would you give to fellow veterans who are looking to build a career in the tech sector?

Surround yourself with good mentors and leaders and learn what skills have helped them achieve success in their careers. Seek out those training opportunities as soon as you can. 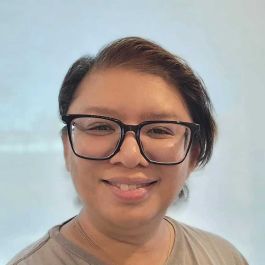 How and where did you serve your country? What is your current role, and what are you working on right now?

I enlisted the Army in 2001 after I was given a book of job descriptions and was asked to pick one. I was 18 and didn’t have any idea what I wanted to do, so I asked “what’s the best job in the Army?” That’s how I also started my tech career. I started basic training two weeks after 9/11. I did my first tour to Iraq early 2003, came home and volunteered for another tour late 2003. I completed my second enlistment in October 2009 and finished my Army career as a system administrator.

Currently I am a HelpDesk engineer with Telesign. Our team is working on implementing tools that will make it easier to deploy computers remotely to both national and international users.

What aspects of your military service have helped you build a career in tech, and what are some new skills you’ve developed since you left the service?

I believe discipline and perseverance in stressful times are the biggest strengths that I developed during my Army career. I learned personal discipline by doing what was required of me — even if I didn’t agree with what was required. I really tested learning how to keep my cool during my Iraq tours. It was an eye-opener to realize that if I wasn’t disciplined and didn’t keep a cool head, that I could lose my battle buddies. These two traits also helped me during my career in tech when I had to deal with difficult people or had projects that had tough deadlines.

After I left the military, I had to learn customer service. In the Army we had an “it is what it is” attitude, and you did what you were told to do; you did your job to the best of your ability. Although I was disciplined enough to deal with difficult people, customer service bridged the gap and helped me build good working relationships.

What advice would you give to fellow veterans who are looking to build a career in the tech sector?

Jump right in! The tech industry may seem vast but there is a career for everyone. Love to lead projects and work with teams? A project manager is a great option. Do you prefer playing Sudoku and like to solve problems? Programming might be right up your alley. Do you like doing the right thing? A career in cybersecurity might just be the path for you. Regardless of your passions or interests, there is a place for everyone in tech!

They're Hiring | View 22 JobsTelesign is Hiring | View 22 Jobs
Responses have been edited for length and clarity. Images provided by Shutterstock, Telesign and Anduril.
Brand Studio
Built In offers a paid for Premium Partnership wherein we work with employers to highlight their cultures, values and job openings. Built In maintains full editorial control.
Learn More