The Sorcery-Like Power of ‘Dream Sessions’ at BlueConic

Every Friday at 4:30 p.m. EST the U.S. employees at BlueConic are buzzing, awaiting the reveal of the week’s “dreamer”. It is a weekly company ritual known as “dream sessions”.

Dream sessions sound like a type of sorcery. In a sense, they are. 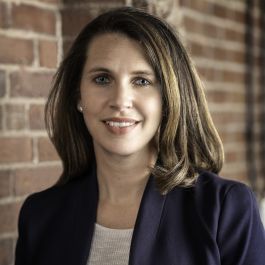 “The word I sincerely use to describe these sessions is ‘magical’ — the power that they have to bring people together, build psychological safety and leave the week feeling such intense emotions is truly magic,” said President and Chief Operating Officer Cory Munchbach.

Though magical, these sessions don’t involve crystal balls or visions. They are structured more like a series reminiscent of The Moth radio hour on NPR, with a weekly presentation by employees about themselves. The presenters are kept secret until the session begins. BlueConic has a dedicated facilitator to coordinate and tease the sessions out to build hype. There is a designated list of lightning-round questions that each presenter includes at the end of their story, before opening the presentation up for questions.

What kinds of stories do employees share in dream sessions at BlueConic?

The range of topics is broad, but as Munchbach summarizes, “People tell the best stories. The kinds that make you laugh and cry — often at the same time.” She fondly recalls the time an employee performed a BlueConic-themed sea shanty, or the time the team called the dreamer’s mom because he mentioned it was her birthday.

“One dream, someone shared their coming out story with all of us. Another spoke about losing a parent during COVID. The range of emotions and experiences is incredible.”

Munchbach is a big believer in storytelling as a medium. In fact, these story sessions are so important to the leadership team, their conception preceded that of the core values. What started as a bonding activity ended up becoming a keystone of the culture.

Built in Boston caught up with Munchbach for more insight into the impact of these storytelling sessions, and how they help BlueConic build the dream.

BlueConic is a customer data platform that was founded in 2010. The company works with more than 350 brands including Forbes, Heineken, Michelin, Telia Company and VF Corp.

Why did this idea of weekly employee presentations precede the core values? What was so essential about this idea that you felt compelled to make it a core pillar of the company vision?

Dreams date back to September of 2015 when we were a group of about 12-15 people in the U.S. office — a mix of Dutch folks, including our founder and CEO and our CTO, and newly-hired American team members. It was originally designed as a way to build camaraderie and awareness among the team, describing what we each did for the company and how we approach it. Never in my wildest imagination did I envision it becoming such a cornerstone of the culture, but it’s a testament to the early team.

Now, everyone who has carried it forward cherishes it for what it is: a special chance to get to know the people you work with and to care for and relate to them as humans. That idea — of collectively building something extraordinary — is central to our mission, which is why it’s a pillar of the company vision.

Describe what "building the dream" has meant to you, and to the greater organization.

We ask exactly this in our annual employee survey and it means a beautiful array of things to folks. For me personally, it has meant being a part of an inordinately talented, compassionate, dedicated group of people who care about each other as much as they care about work, and know that the intersection of those two makes better versions of both. While I can take credit for just creating the “building the dream” sessions, it’s entirely a collective effort to make them special and sustainable.

“[It’s a] group of people who care about each other as much as they care about work, and know that the intersection of those two makes better versions of both.”

How have the weekly dream sessions created a sense of psychological safety?

It’s funny because I didn’t even know that term when we started doing dreams. However, I was on a plane in March of 2016 — about 9 months after dreams started — and reading New York Times magazine, which happened to have an article by Charles Duhigg adapted from his then-forthcoming book Smarter, Faster, Better. It was all about the work Google was doing at the time to figure out what made teams work well. I literally said out loud, “Holy sh*t!” on the plane when I read it because I realized that’s precisely what we had done with dreams, to create interpersonal linkages between individuals that made it possible to work more effectively together. It was a wild light-bulb moment.

How does this psychological safety support BlueConic's commitment to diversity, equity, inclusion and belonging?

I have a strongly held hypothesis (based on a lot of research) that psychological safety is the root of all healthy institutions, whether workplaces or social groups or sports teams. One of the challenges with DEIB is that it’s often thought of as a program that runs adjacently to everything else in the organization; even when done ostensibly well, it’s separate. And, to be clear, you need discreet goals in all facets in order to unwind systemic bias and structural inequity that exist. But your goal in doing that should be to create the kind of institutional fabric that ensures everyone is psychologically safe. That’s the highest bar of success for an organization because it spans all four of those dimensions: you’ve created a diverse and equitable organization that is inclusive of any type of person who then feels they belong as part of the whole. Psychological safety is essential at each step of the way.

How does unifying the workforce through these channels help the company serve its customers?

So much excellent research has been done about this topic but some that I particularly love is from David Rock’s NeuroLeadership Institute where he and his team have a framework called “SCARF”, which refers to the five key domains that guide our social interactions: status, certainty, autonomy, relatedness and fairness.

The model is based on neuroscience research that demonstrates how these five social domains activate the same threat and reward responses in our brain that we rely on for physical survival. An organization — and leaders specifically — need to make sure employees skew toward reward on these dimensions in order to be able to do their jobs well. Building the dream is one way that we ensure high levels of relatedness and security of status since employees of all levels participate. More generally, psychological safety is built on these dimensions. When we create a workforce where we can avoid the kind of threat responses that distract us and erode our focus, we can serve customers better.

Is there anything else job seekers should know about the culture at BlueConic?

Our goal is for BlueConic to be a fun, productive, welcoming and safe space where BlueCrew members of all races, gender identities, gender expressions, sexual orientations, physical abilities, physical appearances, socioeconomic backgrounds, life experiences, nationalities, ages, religions and beliefs are empowered to be able to make an outsized impact every day – for customers, for partners, for employees. If that sounds like you, give us a holler.