At Roofr, a People-First Approach Means a Focus on Growth and Opportunities to Make an Impact

This SaaS roofing company is poised to court top tech talent as it grows its team of 80 members. Here’s how.
Written byRobert Schaulis
Robert Schaulis
Staff Writer at Built In
Robert Schaulis is an author and journalist who has written on the subjects of agriculture, business and technology.

One of the more quietly labored over internal marketing and HR tasks for many companies is figuring out just what to call their organization’s constituent members. Are they employees? Team members? Should we think of these identities as hats that our people put on each day? Or do we strive for a sort of tribal identity — like “Googlers” or “Amazonians”?

At Roofr, though, cofounders Richard Nelson and Kevin Redman have a philosophy that, in many respects, runs contrary to the desire to build a tribal company culture. It’s perhaps best expressed in the titular line of Depeche Mode 1984 synth-pop hit: “people are people.”

It’s one of the striking things that Toni Neri, manager, talent acquisition, remarked during her interview process. 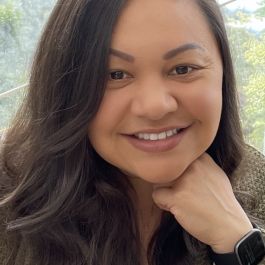 “I asked Richy, ‘how do you treat your employees?’” Neri said. “And he responded: ‘We care for the whole person, mentally, physically and emotionally.’”

Instead of resorting to buzzwords, Neri said, Nelson provided concrete examples of the ways in which he was working to help Roofr’s people enjoy work-life balance, grow in their careers and contribute meaningfully to Roofr’s mission. That includes mandatory monthly mental health days that the company refers to as "laundry days.”

“He even gave me actionables that he held himself responsible for every single day to ensure that we have professional and personal boundaries, that those are respected and that the people here really work in alignment toward one goal,” Neri said.

Roofr’s people-first approach appealed to Neri, who took on the task of building the company’s talent and recruitment function from the ground up alongside department head Rafi Kurkdjian. Now seven months into her tenure at Roofr, Neri goal is to preserve that human-centered approach as the company scales on the heels of a $12 million Series A round of funding announced this September.

Roofr is a SaaS company that offers an all-in-one software platform for roofing contractors. With  Roofr, contractors can offer instant estimates, measure roofs via satellite imagery and create proposals that customers can e-sign with a click.

“My director threatened to disable my Slack …”

One of the ways in which Roofr promotes the well-being of its people? By empowering them to enjoy time outside the office.

Senior Software Engineer Rick Sin has seen a commitment to work-life balance as a throughline during his time at Roofr. As the first engineer hire to join the team, Sin has watched Roofr grow exponentially since he was first introduced to the company through a friend in the company’s Y Combinator cohort. A East Coast resident who moved to California to join Roofr five years ago, Sin has taken advantage of the company’s ample time off — which includes a minimum of two weeks vacation each year and a weeklong shutdown around Christmas — to spend the holidays with his family on the East Coast. 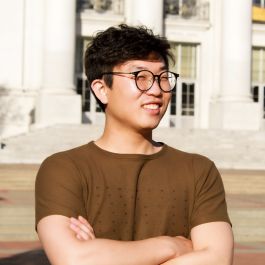 “We have a very strong culture of respecting people’s time off, and that ultimately recharges you and helps you become more performant when you’re supposed to work,” Sin said. “We encourage people to go fully offline when they're on vacation. And if we see them on Slack, we ask them why they’re online and tell them to log out.”

“My director threatened to disable my Slack while I was on vacation,” Natalia Mukhina, customer support manager, said. 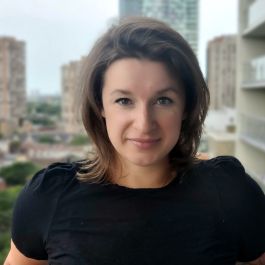 Mukhina joined Roofr in August of 2020 as a customer support representative when the circumstances of the pandemic occasioned a reassessment of her career trajectory. Formerly an executive assistant to CEOs and C-suite executives, Mukhina knew she was capable of providing a superfluous degree of customer service. What she struggled with, initially, was how to take time to herself.

“Covid-19 really helped me reevaluate exactly where my values were and what I wanted to do,” Mukhina said. “When I was an executive assistant, I literally lived my life on somebody else’s schedule. I had to do an unlearning curve when I got to Roofr.”

“I have a young stepdaughter, and her school goes skating every Thursday afternoon down the road from us,” Mukhina said. “It was just so nice that I could say, ‘hey team, I’m off for the next two hours because I’m gonna go skate with my kid.’ How many opportunities do you get like that?”

Neri echoed those sentiments, noting that even during the interview process, Nelson’s daughter was “bopping around in the background.” The result is a workplace that feels tailored to the needs of human beings and offers those humans the latitude to do great work and be a parent, a family member, an enthusiast — a fully realized version of themselves.

“I’m a mom, and I’m a mom first, above everything else,” Neri said. “I joined Roofr from a position where I worked 70-plus hours per week and had the last 20 minutes of my day with my son. It was negatively impacting every aspect of who I was. But at Roofr, because I have the autonomy and flexibility, I’m able to do great work, and I’m not feeling guilty that I'm not doing enough as an employee or I’m not doing enough as a mother. I get to do both without sacrificing anything.”

Autonomy and balance from the get-go

At Roofr, each new hire begins their career with the company with their first week being a mandatory week of paid time off.

“Our leadership team thinks about the person,” Neri said. “They don’t want them to put in their notice on a Friday, and then start with Roofr on Monday. We want to take care of the full person and allow them to decompress, recharge, celebrate or do laundry — whatever it is that they need to do in their personal life. I love that our work autonomy starts the day you are hired.”

“When I joined Roofr, I asked Kevin and Richard for one thing — to be able to learn and develop my skills,” Sin said. “I wanted mentorship. And over the last five years, as we started hiring key people in our organization, I have been able to soak up so much knowledge. When we grow, we get more and more smart people in our team, and I’m able to just soak that knowledge up like a sponge.”

Sin is currently working with members of the company’s growth department, learning the finer points of A/B testing and gaining insights into the way the organization plans to scale.

For Mukhina, who left an established career in order to start fresh, the opportunity to grow her skill set, mentor with leadership and excel in leading her team has been one of Roofr’s top selling points. As the team scales over the course of the next several years, Mukhina plans to continue to develop her career at Roofr — and to bring her colleagues along with her.

“From what I understand from our director, customer support teams in organizations like Roofr will double in size every single year, which is mind blowing,” Mukhina said. “Throughout his interview process, I told our current director: I want your job. He is mentoring and supporting me to help me take my career to the next level. And I want to help him to become head of support. I want the team leads who we currently have to advance into my role. In the next year, I’m most looking forward to seeing this development within support, as well as the broader Roofr teams.”

“We're looking forward to helping Roofr continue to grow market share in the roofing contractor industry with this new round of funding,” Brad Corona, managing director of Vertical Venture Partners, said in a press release. “We always look to partner with entrepreneurs who understand their industry vertical deeply, and Roofr is the epitome of that thesis.”

For Neri, ultimately, it’s this kind of growth and development that makes her role in talent acquisition so rewarding. The company has recently combined its people and talent teams, bringing Neri and the team into close collaboration with efforts to develop workplace culture; strengthen diversity, equity and inclusion efforts and shepherd Roofr’s people through their career with the company.

“It’s so wonderful when a new requisition comes up, and we get together and brainstorm who we think we could promote into this role,” Neri said. “To see a candidate join Roofr, excel and promote and then take on those leadership positions is the most rewarding part of my job.”