Restaurant365’s Growth Journey Is Driven by Tech, Mission and Heart

Three of the company’s leaders describe how they’re working to transform the restaurant industry with the help of passionate team members and thoughtful management.
Written byOlivia McClure
Olivia McClure
Staff Writer at Built In
Olivia McClure is a staff writer for Built In’s brand studio. She previously covered professional development and tech industry trends for BuiltIn.com. She holds a bachelor of arts in English and multimedia journalism from Loyola University Chicago...

Joe Hannon knows how hard it can be to operate a business.

Having worked as a restaurant manager for 12 years, Hannon is familiar with the challenges businesses often face, which is why his current role as a group product manager for Restaurant365 hits close to home. There’s something especially inspiring about optimizing a platform that facilitates every aspect of his old job, from inventory tracking to data analysis. 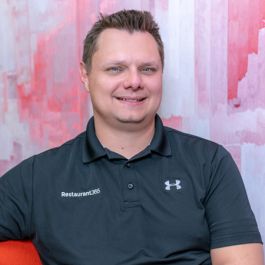 “It almost feels like I’m giving back and applying those skills from the restaurant industry to something a little different,” Hannon said. “It speaks to my heart.”

Hannon isn’t the only one inspired by the work they do at Restaurant365. In fact, according to Senior Manager of Regional Sales Regina Devine, enthusiasm is one key characteristic shared by top team members across the company.

“Our most successful team members are defined by passion, whether that connects to our product or the value we provide to customers,” she said.

According to Hannon, Devine and Senior Director of DevOps and Information Security Nick Jella, this passion is especially helpful in fueling the organization’s steady evolution and expansion. While recruiting top talent is a priority, it isn’t the only feature of the company’s current phase of transformation.

While Restaurant365’s plans involve ample effort from every arm of the organization, Jella sees a high degree of enthusiasm for tackling the pain points of customers old and new from employees across the board. “There’s a high level of optimism that we’re going to thrive,” he said.

Expanding Offerings to Meet the Moment

Supporting businesses is nothing new for the team at Restaurant365, yet the way in which they do so is changing. According to Hannon, the company is updating its technology to serve a new class of enterprise clients.

Hannon’s team is working on simplifying workflow management for above-store personnel, so corporate employees can easily handle tasks, such as shipping out new items, across their entire organizations. He and his team also aim to offer enterprises access to readily-delivered, cleaner data through business intelligence reporting and are focused on automatically notifying clients about important tasks, so they don’t have to proactively track every aspect of their operations.

As the company fleshes out its data capabilities, Jella’s team is prioritizing security. While it’s important to ensure the platform performs well, he said it’s equally crucial to keep customer data safe, which means building up defenses to prevent malicious attacks.

Jella said the company has spent the past several months hiring individuals eager to grow alongside the organization as it aggressively moves toward its IPO. And according to Devine, the talent search is far from over. The organization is determined to find more people with the right skill sets as well as a fervor for both the company’s product and its mission. “We want people who will share in our passion,” she said. To meet increased demand, the company has recently posted open roles spanning several key departments, including engineering, finance, marketing and HR. 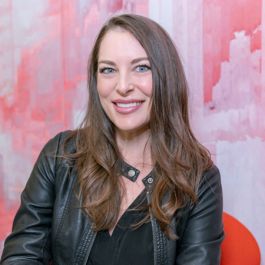 While Hannon’s and Jella’s teams handle the technological needs of an expanding customer base, Devine’s department is taking on a new structure that will encourage specialization and customization. She said the sales organization is being broken up into separate teams, which will be individually dedicated to small and medium-sized businesses, mid-market restaurants, and enterprises. According to her, this segmentation will enable the company’s sales professionals to become consultative experts within their respective fields.

“Growing teams within these areas will help us serve our prospects and customers more effectively, enabling us to understand their business needs and provide the best solutions,” Devine said. 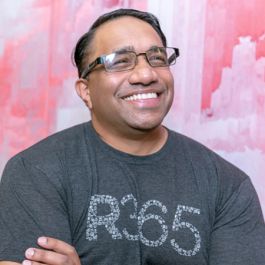 Powerful technology and strategic segmentation aren’t the only forces guiding Restaurant365’s success. Jella said the company’s culture alone is an impactful feature of the organization. In fact, it solidified his decision to stay with the organization following the acquisition of his previous employer, Compeat, last year. “After I met the leadership team to discuss growth and culture and met the company’s engineers,” Jella said, “I thought, ‘OK, I think we have a winning team here. This company is going places.’”

According to Jella, the company offers an education-focused, team-oriented engineering environment. There’s a continuous flow of knowledge across the team, whether it occurs during demos or lunch and learns, and engineers have plenty of opportunities to learn new skills and handle a variety of projects.

When the pandemic took hold in 2020, the team at Restaurant365 thought they wouldn’t sell any software that year. They were wrong. In fact, the following year ended up ranking among one of the best the company has ever had, thanks in large part to how the team pivoted to help customers cope with changes. According to Hannon, as restaurants turned to the company for support, the organization adjusted its product roadmap. The team upgraded its software by building dashboards to enable clients to identify delivery-service profitability and creating a safety checklist to help them keep track of temperature checks and other hygienic protocols.

Hannon said this focus on employee growth also extends to the company’s professional development opportunities. It’s been exciting for him to witness himself and his peers take on new responsibilities over the years. Rather than expect employees to fit a certain mold, the company finds roles that suit everyone, which means team members have the chance to move between departments if desired.

“It’s been great to see other people I’ve worked with or helped coach move up through the ranks,” Hannon said. “It speaks volumes about our culture.”

Hannon added that he has also felt the company’s cultural impact outside of working hours. Because the organization prioritizes work-life balance, he’s been able to spend more time with his family and engage socially with team members across the organization. While Microsoft Teams channels dedicated to topics like Peloton and board games allow team members to bond over common interests, community resource groups and initiatives related to pressing issues such as diversity and inclusion enable them to drive change together.

“It’s fun to have that sense of camaraderie, even in a remote-work environment,” Hannon said.

In Devine’s mind, the company’s culture is defined by this collective focus on connection, which is reflected in employees’ day-to-day work as well. “We’re not stuck in siloed departments,” Devine said. “Collaboration is at an all-time high right now, and it’s amazing.”

Backed by calculated plans to broaden its customer base and connective culture, Restaurant365 is ready to tackle its biggest challenge yet: becoming the leading restaurant management software. According to Jella, the company is well on its way to achieving this goal.

“We’re ready to knock our competition out of the water,” he said. “Our company strategy is strong, and we’re actively considering new technologies to bring into the organization.”

Jella said Restaurant365’s engineers use the latest automation, infrastructure and monitoring technology as well as next-generation security software powered by machine learning and AI. Developers also rely on various tools, including React and Node.js. Hannon added that technologists at the company follow Agile methodology while employing management software, such as Aha and Jira, to enable project speed. “You have to have the desire to move quickly if you want to work here,” Hannon said.

Devine added that she has no doubt the organization will become a household — or at least “kitchen” — name in the next few years, considering the team is doing everything possible to make this dream a reality. “There won’t be a restaurant out there that doesn’t know who we are,” she said. “Our current goal is to get in front of businesses and make sure they understand how we can partner together to grow their operations.”

As a former restaurant manager, Hannon recognizes that becoming an industry leader is about much more than increased revenue and recognition. It will allow the company to continually improve restaurateurs’ lives by enabling them to spend less time working on operational tasks and more time with those they love, which is an aim that motivates team members across the company. With this mutual determination, the possibilities are endless.

“It would be challenging to find anyone in this company who doesn’t believe in our mission,” Hannon said. “As long as we stay focused on our end-user vision, the sky’s the limit.”