The Mission at Wunder Is Simple: Save the World

Wunder wants to install as many large-scale solar energy projects across the U.S. as possible.
Written byBrendan Meyer

Dave Riess has a routine every time he flies.

The CEO of Wunder looks outside the plane window, across the grid of tiny homes and commercial buildings, and scans the rooftops. Some residential homes are covered with solar, but most business rooftops look ordinary.

That’s a problem — and an opportunity.

Wunder is a climate-tech company that finances and develops solar systems for commercial and industrial properties. To make the process more efficient, Wunder develops software that streamlines internal processes, reduces human error, and drives efficiency and speed, while deploying hundreds of millions of dollars to finance the installation of large-scale solar energy projects across the United States.

Wunder’s ultimate mission is to fight the climate crisis and play its part in saving the world. And based on Riess’s birds-eye view, there is plenty of work to be done. 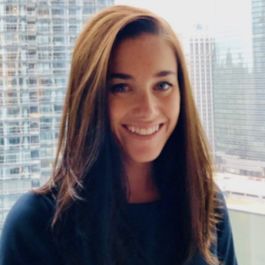 “It’s motivating,” Noelle Neel, a director of Wunder’s account management team, said. “We have a ton of ground to cover if we want to make a meaningful impact and reduce carbon.”

Wunder currently holds more than $1 billion in solar assets under management and capital commitments. The team has evaluated more than 10,000 sites across all 50 states, exceeding 1.2 billion square feet of roof space. Wunder’s average solar system size is 480 kilowatts – that’s enough to offset 686,669 pounds of carbon dioxide, or 344,611 pounds of coal burned, each year of the system’s 25+ year life.

That passion and drive from the top-down spreads throughout the company. Neel, too, finds herself writing down the names of buildings that don’t have solar when she lands at major airports. Dena Slaff, an associate product director, scouts flat-roofed, sun-drenched buildings like her dentist’s office or her local Target. Anya Dennis, a senior analyst on the operations team, has even found herself guesstimating the kilowatts that certain commercial buildings could potentially support.

Sound like a bug you’d like to catch, too? You’re in luck. Wunder is hiring, with plans to double in size in 2022, and it’s looking for people who are passionate about fighting global warming.

Built In Colorado sat down with three employees at Wunder to learn more about how they wound up at the company, what the culture is like and how their work supports Wunder’s underlying mission: To save the planet.

What drew you to Wunder?

Noelle Neel, director, account management team: I finished the Peace Corps in 2011, and wanted to do something in the nonprofit sector. I wanted to do something that was going to leave a meaningful impact on the world, but there weren’t a lot of nonprofits hiring. I ended up in a client relationship role at a large multinational bank. I enjoyed the role, but I didn’t feel like I was making a lasting impact. That’s when I came across a podcast with Dave Reiss, the CEO of Wunder. I could tell how passionate he was about saving the world and making a difference. Utility and residential solar has grown exponentially over the past decade — but it was stagnant in the commercial and industrial space. Reiss was tackling big problems in order to change that, and I wanted to help. 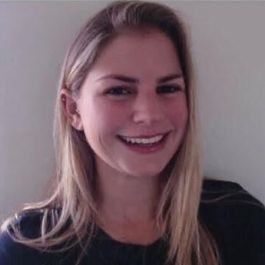 Dena Slaff, associate product director: I was on track to go to law school and become a lawyer. I worked at an economic consulting firm that provided litigation support and expert testimony. But during that time, I had two key realizations. One, the legal process was frustratingly slow. Two, it weighed on me to work on behalf of clients that were misaligned with my values (like working on behalf of a big oil company being sued by the state for oil spill damages). I quit that job, ended my pursuit of law school, and backpacked Europe in search for a more effective way to do good in the world. I learned about Wunder through researching environmentally-focused firms in the impact investment space. Unlike the legal process where it feels like an uphill battle to get anything done, Wunder has an efficient, tech-based model to solve the climate change crisis.

Anya Dennis, senior analyst, operations team: I also came from a litigation background in economic consulting, but I’d always been interested in renewables. In college, I took a couple of courses on social entrepreneurship and different sustainable companies. I did a lot of research into different ways that companies were working to fight climate change and realized that one way was the reduction of greenhouse gases. One of the biggest contributors of greenhouse gases is the generation of electricity.

When I found Wunder, the mission to accelerate a clean energy future resonated with me. I came from a background that was heavily rooted in tech culture. I was fascinated by the way that Wunder applied technology to the underserved and non-standardized commercial solar space.

What’s a project you’ve worked on that speaks to Wunder’s underlying mission of saving the planet?

Neel: Solar for commercial and industrial properties has seen stagnant growth. These systems can be viewed as a big commitment by commercial property owners and businesses, and it’s not within their core focus. My job is to educate property owners on Wunder’s offering, which removes a lot of the friction typically associated with solar, and figure out ways to deploy systems across their properties at scale. What’s great is that some of our clients have massive portfolios. They don’t just have a few buildings — they have thousands. So developing long-term partnerships with clients is huge.

Slaff: One project I’m currently working on is to build a project management software tool that standardizes and codifies Wunder’s solar market research and underwriting frameworks for execution. We can streamline and scale the solar financing and development process by leveraging software to tell our business teams exactly how to advance different projects depending on a specific jurisdiction, state incentive program, or system type. It’s been a challenging project to take these complex state policies and turn them into actionable data and modeling requirements. But it’s exciting to see how that can be turned into an innovative software solution. 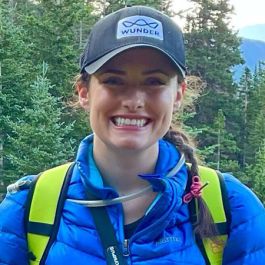 Dennis: Currently, I’m working on a project to standardize and automate our contract kit. When I joined Wunder, the last thing on my mind when I thought about saving the planet and fighting climate change was contracts. But ultimately, contracts are a key part to any sort of business relationship and getting deals done. At Wunder, one of the ultimate risks that we combat is the chance that a project may die. One of the earliest stages at which you face that kind of risk is the contracting process. Contracts within the commercial solar space traditionally are time-intensive and expensive to negotiate. When contract negotiations take such a long time, that presents real friction and increases the risk that a project may not get built. I’m working on a cross-functional initiative to standardize our contract terms and eliminate that friction point. Working on contracts is a small — but key — part of accelerating a clean energy future.

The process to onboard a client and install solar on their commercial property is a long one, with many critical steps in between. That’s why Neel is excited to see her first project come full circle. It was the first client she onboarded after she joined Wunder a year ago, a big national player based in Maryland. Now, the property is ready for installation. “It’s so exciting,” Neel said. “I’m hoping to fly out for the ribbon-cutting ceremony!”

How does Wunder doubling in size impact your team?

Neel: It’s a great opportunity. We’ll be able to reach more clients, attend more conferences, invest in more relationships, and engage on more solar projects. The account management team is going to be able to do a lot more, and that’s obviously exciting.

Slaff: I’m excited about the prospect of hiring more engineers to further expand our software stack. We have so many impactful features we want to build. We want to enhance our contracting infrastructure, develop more dynamic modeling, and further automate our project cost model. From a product perspective, it’s also exciting to have additional users of our software, because more users means more reps. That turns into more feedback that we can use to optimize our software.

Dennis: If we’re connecting with more developers and financing more projects, that translates to more funding requests and contracting requests on the operation side. I’m excited about the opportunity to continue iterating our processes. The processes that we have on the financing side of the business for lending are well-established, but as we continue to grow the company and look at different project types and structures, we’ll have more opportunities to re-examine and improve other existing processes.

Neel: Refreshing and fun — especially coming from the traditional corporate background. There’s always a fun activity happening. The other day we did a group outing at Topgolf. Throughout the pandemic we’ve done virtual events like wine tastings, cooking classes and terrarium-building. It’s just a fun place to work. You become fast friends with everyone around you.

Slaff: Last summer we had a kickball team called “The One Kick Wunders.” It speaks to the fact that we hustle hard at work, but we’re all active, classic Coloradans (including our remote colleagues). It’s hard to say what was more fun: the pregame drinks, the actual games, or the banter on Slack. We’d talk about kickball strategy and roast each other for not attending the games.

Dennis: Wunder does a great job of prioritizing both professional and personal development. We have professional development budgets, but they can be used for any new skill that you want to learn. I know folks who have used theirs to attend a conference or take an online class that may or may not be related to solar. I’m using my budget to take pottery classes. It’s nice to be at a place that encourages more holistic development, both as a person and as a professional.