With a focus on Maisonette’s value of “family matters,” teams are never asked to choose between career growth and family development.
Written byTyler Holmes
Tyler Holmes

Society’s approach to everyday life, once driven by a rise-and-grind culture, has drastically shifted over the past few years — altering technology, work and even how family is defined.

And while traditional retail shops and family-focused stores helped support modern families, some entrepreneurs saw a space to create new traditions that catered to those of every background — online.

In 2016, two moms noticed these societal changes and acted swiftly by founding Maisonette, a company with the goal of helping modern families navigate the adventure of raising children. Maisonette is a curated kid’s marketplace featuring products from around the globe, striving to vet a sprawling selection so parents don’t have to. 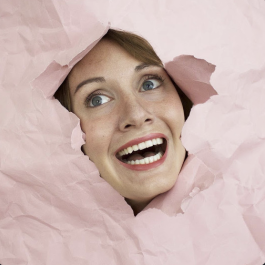 “People are trying to be more thoughtful about what their kids are consuming because we’re all so strapped for time,” said Maisonette Senior Manager of Social Media and Content Production Sally Voyles. “It’s about quality over quantity — for the products we offer and the experiences we provide.”

And as society’s notion of how families operate shifts, Maisonette has moved to anticipate and address those needs, all while supporting their employees’ family lives in kind.

“Our overall mission is dedicated to addressing the modern parent’s lifestyle and what that looks like for a lot of families these days: dual-income households, busy people, constant struggles to find balance between work and family, and the quest to maintain personal sanity amid all this chaos,” Voyles added.

At Maisonette, being able to alleviate some of those hectic stress points through a streamlined shopping approach and create more opportunities for togetherness is exactly the point. It’s why “family matters” is an established value for every team member at the children’s e-commerce company and marketplace.

And for Jonathan Kempf, that focus is exactly why he signed on to the Maisonette team. 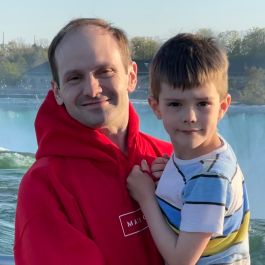 “When I joined in 2018, I wanted a remote role going into the interview and that was what I negotiated with Maisonette,” he said. “In my previous job, I didn't feel as empowered to work as hard as I do at Maisonette, but I still somehow had less time for my family. Part of the experience at Maisonette is that your family becomes part of your workday, wandering into calls and existing within whatever you’re doing.”

As senior engineering manager, Kempf is now in charge of other engineers like himself who work remotely with a unique range of priorities. “If someone on the tech team has a family emergency or something goes wrong, they can take care of a loved one, even if it’s an extended period of time,” he added. “We don’t hold it against them and we take into account how to prioritize work that they’re able to get done quickly or easily when they’re ready.”

For employees at Maisonette, those words aren’t just another boilerplate message told to lure new hires in and then promptly forgotten when a situation arises. In fact, they are words Kempf takes to heart.

“The first year I joined, my wife was experiencing a serious illness. There were surgeries and recovery, and the expectation was always ‘Take care of your life first.’ We got home from a surgery at one point and there were a bunch of flowers and well wishes waiting for us at the table from the office,” he recalled.

“Even if you’re not married, even if you don’t have kids, things like illnesses and natural disasters happen and it’s important for our employees to be able to show up when they’re needed — because family matters.”

Whether it’s a focus on flexibility in a remote-first world, an inclusive culture that encourages continuous learning or the ability to nurture a career and a family in tandem, leaders at Maisonette believe it’s an opportune environment to plant roots and grow.

Building a culture of support

When Sally Voyles first interviewed for the social media and content production role in 2018, she was enthralled by the idea of joining another women-led company.

She also had no idea that she was pregnant.

“I quickly became a parent during my tenure at Maisonette,” Voyles said. “This whole idea of going back to work, whether you just had a baby or if your family has grown — they call it the fifth trimester. It can often be a traumatic experience trying to adapt to this new human being in your household.”

But that wasn’t Voyles’ experience at Maisonette. In fact, it was quite the opposite.

“This ‘family matters’ ideal has been hugely impactful to my growth, the success of my personal family dynamic and my career trajectory. Having the flexibility to not have to ask permission when your family needs tending to, whether it’s a sick kid or camera-off breastfeeding on a Zoom call, my experience as a working mother has been much less dramatic than many of my peers.”

For employees like Voyles, maternity leave wasn’t a linear process. She was adjusting to new physical and emotional experiences that were new to her — and her growing family. “If you have a partner, you’re trying to adapt to whatever the dynamic is and navigate this new role,” she said. “Then you’re adding in coworkers, your career and what that looks like now, and how you spend your time. It’s a lot.” Luckily for new parents like Voyles, Maisonette believes in intentional parenting for their customers and employees alike — and that means supporting whatever each individual believes is the right choice for them.

By eliminating the worry of returning to work after maternity leave, Voyles has had more energy to focus on tackling the rapidly evolving landscape of social media — often having to create engaging and topical content across platforms like Instagram, TikTok, Facebook and more.

“When I first started, social media was essentially a dumping ground for us to drop pretty pictures,” she said. “Now it’s transformed into people’s main source of entertainment, and because of Maisonette’s flexible approach, I’ve been allowed to experiment across mediums and with different creators in order to grow. I’m so glad that I have an environment where I feel supported enough to do that.”

Suddenly, a loud giggle in the background cut her off mid-sentence.

“My apologies,” Voyles laughed while sitting in her bedroom during the interview. “I feel like my baby’s going to bust in here any moment!”

“We don't blame people for having a life outside of Maisonette — we expect it and encourage it.”

When Jon Kempf sits down with engineers on his team for a one-on-one meeting, he always starts with the same question: “Are you happy?”

“We have a positive focus on mental well-being here,” he said. “It’s something I never got asked throughout my career, and I want people to be able to speak up if they’re not. Is it something we can change? That’s why it’s important to at least call it out — I want everyone to feel like they can course correct.”

Maisonette’s atmosphere of transparency and communication is one of the reasons Kempf has stuck around to grow his career. When he first entered the organization more than four years ago, it was as a senior frontend engineer. Because of the trust he received from both his managers and his team, and a shared belief in the vision of the company, Kempf felt encouraged to often step up and assume a leadership role on any project he was working on.

“From the tech side, it’s easy to find an area where you can make an impact and where there’s room to experiment,” he said. “People I’ve worked with have grown all the way from junior engineer all the way up.”

Kempf has now held four roles at Maisonette — and like the company’s ever-expanding code and marketplace possibilities, he’s excited to discover where he’s able to develop next.

“I’m continuously impressed with the impact I can make on the intersection of technology and design,” Kempf added. “We want to be that trusted source for families where we can extend the level of comfort they’re used to and also the ease of commerce that you are looking for in other places. People are conscious of where they spend their money and their time, and we’re trying to be a complimentary part of that decision.”

“At Maisonette, it’s about having a little more grace in being able to unwind in whatever way that suits you.”

In tech, half-day Fridays and the promise of unlimited PTO often come with the association of taking time off to do something epic like a European excursion. And when a “work from anywhere” remote policy is mentioned, people often picture working on the beaches of Bali with a cool drink in hand and a laptop on a beach towel.

But at Maisonette, teams want employees to be able to focus on the mundane.

“We have Duvet Days where the intent is to literally stay at home under your duvet and relax,” Voyles said. “Weekends are only two days out of the week and you can never cram enough stuff into it all at once to see your friends or your family, do all the chores you need to get done and just enjoy time going by.”

For Voyles, that time off is the perfect extension of leisure that she craves in her bustling schedule. Whether that’s catching up on a Netflix show in bed or taking the whole family to a cherry blossom festival, it’s about removing the pressure of activity and enjoying wherever you are, however that may look.

“You just literally take the day off to go look at flowers — like how luxurious is that?” she chuckled. “It’s that whole idea of ‘go touch grass’ to have that sensory experience and really indulge in the moment.”

USE YOUR UNLIMITED PTO AT MAISONETTE — YES, REALLY!

“We have unlimited PTO that we force you to take off,” Jonathan Kempf said. “It’s a major issue with people not taking that necessary time off because of unlimited PTO in the tech world. If you don’t schedule it, we'll schedule it for you, so you might as well plan a vacation!”

For other employees like Kempf, a Duvet Day comes in handy when he wants to enjoy something creative, like painting custom ceramic chess pieces in his office.

But his creativity isn’t limited to one day off scattered between his work projects. In fact, because of Maisonette’s emphasis on taking advantage of PTO, Kempf takes a week off every September in order to volunteer at the Niagara Celtic Heritage Festival & Highland Games.

“I’m building tents and roads, setting up fences and configuring the games,” he said. “Even though it’s during a really busy time of the year for us, I’ve never once had anyone not encourage me to go. In fact, everyone wants to see photos and hear all about it.”

“If your style is to fly off to Miami for the weekend, you do that!” Voyles added. “At Maisonette, it’s about having a little more grace in being able to unwind in whatever way suits you.”