“Every Lob office has been centered around a kitchen,” Lob CEO Leore Avidar said. “In the early days, there was a lot of cooking together.”

Lob’s first office, as a brand-new tech company, was anchored in Avidar’s apartment. Come dinner time, employees would hear vegetables being chopped and smell savory aromas sizzling on stovetop pans. After everyone gathered to help cook, they would break bread together as a team tradition. 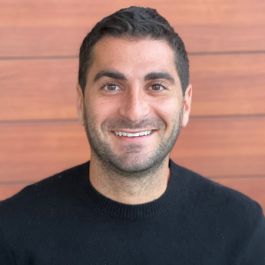 “We moved out of my apartment and into a really tiny office,” Avidar said. “But everyone would come back to my place to have weekly dinners together on this long table.”

As the company grew, so did the reasons to celebrate.

“There was a deal that we closed in 2017 that materially catapulted the company overnight,” Avidar recalled. “I ordered a huge cake, and we all stopped what we were doing to gather with our friends and families to celebrate. We took a moment in time to recognize not just the deal from the last month, but every little thing we had been working on for three years.”

In the years since their 2013 founding, Lob’s food and community culture has expanded beyond the long table in Avidar’s apartment to the modern, spacious kitchen at the heart of their current office and even to Michelin-starred restaurants.

With these shared community traditions, the company has also introduced a celebration of annual work anniversaries called “Lobiversaries.”

Lob’s cloud software automates direct mail and address verification to allow businesses to streamline their work, move faster and create growth opportunities through developing smarter, better targeted campaigns. Half of all US households have received direct mail generated via Lob’s platform. Lob’s commitment to sustainability means that all mail sent with Lob is carbon neutral every step of the way.

“For my three-year Lobiversary, I got to go to Benu, a three-Michelin star restaurant here in San Francisco,” Stephen Vais said. “We had close to twenty dishes. I had jellyfish for the first time and this extremely memorable abalone and rice dish. A bucket-list experience for sure.”

This wasn’t the first Lobiversary that Vais, a senior strategic account executive, had celebrated with food. For his first anniversary working at Lob, Vais received a pizza oven following a roast from his team that paired memories of his accomplishments with a collection of sometimes-embarrassing photos.

“My love of cooking was one of the first ways that I connected with my team members,” Vais said. “My colleague on the sales team, Larry, and I both enjoy making pizza, and he recommended it.”

For Avidar, the Lobiversary celebrations began as a way to honor the commitment and investment employees gave to the company.

“In the early years, it always meant a lot when someone believed in me and came to work for me,” he said. “When the average time that someone stays at a startup is under two years, staying for a year is a really special moment. So I wanted to show my appreciation for them. In my head, I was like, ‘Well, I’ve gotten to know this person over a year. What can I do to delight them? I’m going to get them something that they really want.’”

Avidar has photos and videos of every Lobiversary, in addition to the montage of memories he has been collecting over the years. He recalls the very first Lobiversary gift vividly: rollerblades. “Dan, our very first employee, was really into rollerblading — it was something small, but it delighted him,” Avidar recalled. “He wore those rollerblades all the time.” But the gift itself wasn’t what mattered to anyone on the team. “It’s about appreciating the employee. People don’t work at companies for twenty-plus years anymore. I just don’t think that’s how companies are built,” Avidar added. “But if I can create a place where people are happy to stay over time, we want to celebrate that culture.”
They're Hiring | View 6 JobsLob is Hiring | View 6 Jobs

When Vais and his wife welcomed their first child in October 2019, they anticipated using parental leave to extend the time before using daycare. But in March 2020, their plans changed. 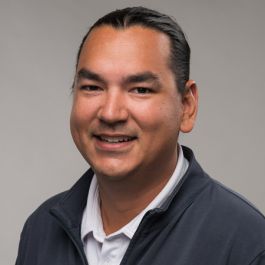 “At the beginning of the pandemic, all the daycares closed down, and we were sitting there thinking, ‘What are we going to do?’” Vais recalled. “Luckily, we have family nearby for help, but one of the things that I’ll always appreciate about Lob is the flexibility they provided me during that time around how I could utilize my paternity leave.”

Vais worked on a plan with the management and HR teams to spread his leave over the course of the year.

“The plan allowed me to continue to sell and to do my job, but I was able to take the days I needed to focus on solving for childcare and looking after my son,” he said. “We didn’t have any other options, and that flexibility was really a way of embracing diversity within our team.”

Vais’s parental leave wasn’t the only Lob benefit that shifted due to the pandemic. When Employee Experience Specialist Natasha Kashi started at the company, she heard fellow Lobsters share their nostalgia for the in-person culture of shared meals, happy hours and off-sites.

After finally meeting colleagues face-to-face eight months after joining Lob, Kashi considered how to help others connect across their newly-distributed team. 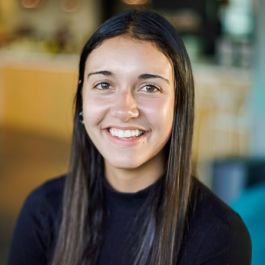 “I worked to create this initiative called the Lobster Happy Hour Program. Everyone at Lob gets a monthly $20 stipend to connect with someone on Zoom or in person in their own geographic area,” Kashi said. “The only requirement is that you post a photo of your happy hour on a specific Slack channel. It’s been nice to see people connecting.”

Kashi also created regional Slack channels for Lobsters across the country that help people bond over local connections and sent out surveys to learn how people wanted to connect across the organization.

“I wanted to empower people to meet up in their own areas because everyone craves that connection,” she said.

That level of personal connection fits into Avidar’s priorities for building relationships across Lob.

“We know from the ‘love languages’ test that everyone has ways they want to connect,” he said. “Everyone has a work love language, too. It can be gifting or quality time — I just want them to feel appreciated.”

In addition to being honored in a team environment, Lobsters receive special gifts for each year they spend with the company. From year one’s personal gift up to a $500 value to year six’s all-expenses-paid spa weekend, each milestone honors the hard work employees put in every day. For Stephen Vais, that year four Lobiversary gift sent his family on their first trip as a young family of four. Year five and beyond? “Anyone who’s worked with me for five years, I know them really well,” said Avidar. “It’s less about the what. It’s really about understanding the individual.”
They're Hiring | View 6 JobsLob is Hiring | View 6 Jobs
Responses have been edited for length and clarity. Images provided by Lob.
Brand Studio