Three professionals from the tech-enabled music marketplace detail how they stay engaged, balanced and connected to others in a variety of environments.
Written byStephen Ostrowski

Just as musicians all around the world are finally gathering in studios, practice spaces and concert halls after making music alone for so long, the crew at online musical instrument marketplace Reverb recently came back to work together in person. In March, much of the team gathered in its headquarters in the Windy City’s Lakeview neighborhood to host its flex and office-based team members during what Head of People Ruba Al Badawi described as a “welcome week” of social gatherings and meetings.

For Reverb — a company that Al Badawi estimated was 90 percent Chicago-based prior to the pandemic, but is now much more distributed — it was a welcome opportunity to have colleagues under one space after the last few years of remote work. Al Badawi, a five-year company veteran, said it was always in the plans to one day return to the office, and last year, the company announced its hybrid plan — which includes fully remote, office-based and the default flex mode, with a minimum of four days in the office every month.

“We heard that longing to be together again from employees, even if it’s not every day of every single week. But we didn’t want to box people into making a decision about their work mode before they had the chance to test things out,” Al Badawi said.

And, just because the brick-and-mortar office is a physical space, that doesn’t mean that it’s static. In fact, Al Badawi noted that even prior to the Covid-19 pandemic, the company promoted flexible working, with “most folks in the office at least four days a week.” Now, Reverb has reconfigured its office to be more of a hub for collaboration, moving toward shared desking, equipping spaces with teamwork tools like Jamboards and rearranging furniture as needed.

Working in a flex mode, Colleen McClowry, senior product manager of search, is one Chicago-based team member who splits her time between that physical space and home. As a parent of two young children, McClowry said she appreciates the flexibility afforded by the default arrangement. Typically she chooses to come on Wednesdays so she can take advantage of meeting-free focus time, but she noted that it’s not something that’s set in stone and can change “last minute” if necessary.

“To me, the hybrid model is the best of both worlds. You do get that in-person time that motivates and excites you about things. But then, I’m almost more productive now at home after two years, getting in my groove and being able to have some heads-down time,” McClowry said.

Offering up three different arrangements — in-office, hybrid or remote — requires juggling different needs and situations. One might argue that, when it comes to connecting with the larger whole, the last of those scenarios is perhaps toughest — but it’s something Senior Cybersecurity Engineer Kevin Harris has managed to pull off as a fully remote Texas-based team member, crediting forums like lunch-and-learns and engineering show-and-tells for making it easier.

“I’ve never set foot in the office, ever. But I get hit up by people on Slack for security questions all the time, because they know my work from having done those lunch-and-learns. And I’ve reached out to people who I’ve seen talk about things because I had a question and I knew their name and face,” Harris said.

Al Badawi’s recommendation to other leaders? “Listen to your people. The needs might be at odds sometimes, so it’s important to listen to both sides and really try to find the balance.” Below, the three professionals pulled back how they stay engaged, balanced and connected to others. 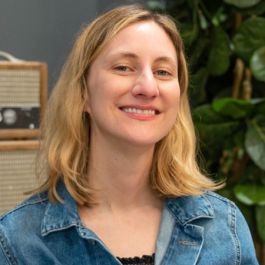 A respect for boundaries, work practices like asynchronous communication and an emphasis on maintaining work-life balance all help make Reverb’s flex model work for McClowry. “People’s lives outside of work have meaning, and as a working parent, Reverb’s flexibility and transparency has been pretty transformational for me,” she said.

How has Reverb’s work model supported you?

McClowry: Having flexibility baked into our DNA is super important for me. Having that flexibility to be there for my kids when they’re sick, or when I need to be at home, and not having the need to go into the office or work a prescribed set of hours, is key.

How’s the practice of asynchronous communication beneficial in your work-life balance equation?

McClowry: It allows me to do work at the times that I feel most motivated or productive. A lot of times I’m most productive at night, after my kids go to bed. I’ll write early in the morning even before anyone in my house is up. It’s nice because in the old world of work I felt like I had to get everything done by five o’clock. Now I can actually sit with myself and do things at my leisure.

If you need to step away and focus on tasks unrelated to work, how do you feel supported or empowered to do so?

McClowry: As long as you block out your calendar to say, for example, “I have to step in for childcare” or “I need to do preschool drop-off or pick-up,” it’s not even questioned. People understand that you’re doing what you need to do. At Reverb, we know that unplugging and stepping away helps your well-being, and as a result, your work. Everyone in the company has transparent calendars. You’ll see even the executive team members covering childcare duties. It’s just the status quo across the company, which is really great.

Once a quarter, we have mental health wellness days, which are really great. As a working parent, that’s really good for me, because I still have childcare for those days. I’ve used those days as an opportunity to practice self-care, recharge and do something for myself — whether it’s getting lunch with a friend, hitting up a yoga class or just taking my kids to something special, like the zoo or the arboretum. 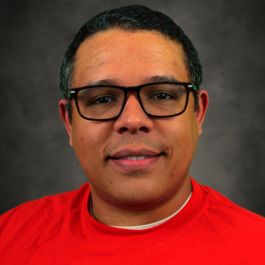 As a member of the cybersecurity engineering team, Harris and his colleagues aim to safeguard Reverb from abuse. To be successful, Harris — fully remote since joining the company — relies on a cohesive team culture that embraces ongoing learning as well as real-time and asynchronous communication.

What does Reverb do to make you feel connected to your team and the company as a fully remote worker?

Harris: There are a couple of things that we do that I think are really great. One of them is virtual events like lunch-and-learns and all-hands meetings, which have given me an opportunity to connect with people from all over the company, ask questions and answer questions. We also do engineering shows-and-tells every two weeks. That gives me an opportunity to really see what everybody else is working on and then directly engage with them. Both have been really great for me to feel like I’m plugged into the community.

How would you describe the camaraderie and cohesion of the cybersecurity engineering group?

Harris: My team has always had the convenience of being remote-first. The security team spun off from our infrastructure team very recently, just before I was hired, in fact. Reverb has been going through a unique growth phase, including when I joined, and because the team was evolving, I got the opportunity to help shape my team’s culture.

Because the security team has always had conversations about what we wanted from our culture, and having always been in a remote environment, we’ve been able to foster that culture in the way that we wanted to. It also helps that in the security space, you pretty much always end up with internet geeks, so we all spend most of our time on Slack or Discord anyway. So those are really natural communication channels for us — we really lean into that.

What are some of the current projects that you’re working on? How do they help Reverb grow and maintain security?

Harris: Security teams don’t generate revenue; they offset risk. But one of the killers for any marketplace is fraud. Reverb is helping people all over the world find what they need to create all types of music, and as the security team grows, we should be able to help mitigate those risks to make it safer for people to do those high-dollar-value transactions.

New security teams are trying to build the plane while they’re flying it, but they have to be maintaining security all the time. Yet you also want to be trying to do it in a better way and developing new processes. A big part of my current focus is developing what those processes are and then engineering the solutions that will make them possible. 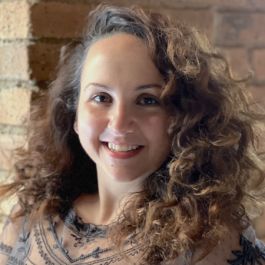 It’s still relatively early in the newly rolled out arrangement, but Al Badawi said she’s  optimistic when she reads the early feedback from employees. “The reception has been positive. Leading with flexibility has been what everyone is looking for,” Al Badawi said.

How does the current arrangement set team members up for success and meet their individual needs?

Al Badawi: We definitely do collaborate remotely. But we also think that there’s a type of collaboration that benefits from being off-screen, in a room and talking together, whiteboarding, and so forth. So it’s really about allowing folks to choose what type of collaboration happens in the office; we’re not dictating that. Larger brainstorms, big kickoffs and annual planning meetings are the things I anticipate will most benefit from that setting.

What sort of success stories have you seen so far?

Al Badawi: From folks who have been at the office before, we’ve gotten a lot of, “It’s so good to be back. It’s so good to see this couch or this specific guitar,” or even being back to restaurants that are around the office. We’re getting a lot of that chatter, even in Slack.

The one that resonated with me most was actually someone who is remote, who wasn’t at Reverb pre-pandemic. They said they were afraid that collaboration and productivity would dip when the office opens. And then they noticed that it’s actually the same, if not better, because those who feel like they need to be in office have come back more rejuvenated. That lets me know we’re on the right path.

What best practices would you share with people leaders creating a hybrid work program?

Al Badawi: Give yourself grace — this is unprecedented. You don’t need to have all the answers now. And you can always iterate. There isn’t one email that goes out from me about something we’re testing that doesn’t say that we’re open to feedback and iteration. And I foresee that continuing, because we’re still in a pandemic and there’s still a lot that can change.