From ‘Win or Die’ to ‘Havin’ a Ball’: How One Indelible Earworm is Reshaping Vorto’s Company Culture

With its automated supply chain software recognized across the logistics industry, Denver-based Vorto is implementing initiatives to accelerate its employees’ personal and professional growth – while never forgetting to celebrate the hard-won wins.
Written byJeff Kirshman

On a recent Friday afternoon in Colorado, Christian McErlean sat at his desk and scrutinized the data on his computer screen. He was spending his day as he often does: shipping code for Vorto, an automated supply chain platform focused on making the trucking industry more efficient and environmentally sustainable.

Vorto likes to call its devs “wizards,” and it’s a pretty apt name. The Denver-based startup relies on its engineers to solve a myriad of technical problems per day, putting in long hours that have a tendency to stretch the limits of their computing capacity. This mentality is exemplified by a custom-made LED neon sign that spells out “win or die” — a motto that has come to define the company’s relentless approach as it’s matured from spunky upstart to an established entity.

“Part of it comes from being a startup and facing huge competitors with billions of dollars in backing,” McErlean said, acknowledging goliaths like Amazon in the shipping industry.

“If you’re trying to create a change in the world and build something new, one misstep can make the difference in putting you out of business,” the back-end software developer continued. “At this point, we’ve reached a level of success where that’s no longer the case. But I think it comes from that philosophy: Don’t stop or we’ll die.”

A “love triangle of supply chains”

Vorto CEO Priyesh Ranjan refers to buyers, suppliers and logistics providers as three sides of the “love triangle of supply chains.” Through its user-friendly app, the company connects shippers, drivers, asset owners and infrastructure owners on a single platform to maximize utilization rate and earnings for drivers while at the same time reducing the cost of inflation.

That Friday afternoon, McErlean was finalizing a product launch when an explosion of sonic fervor jolted him out of his seat. Without warning, the entire office was engulfed by the cacophonous clangs of steel drums and club beats blasting through the speakers: a rallying cry signaling the end of work and the start of a well-deserved celebration.

The party was nice. The party was pumping. Everybody was having a ball. As has become tradition at Vorto, McErlean was summoned out of his chair by the song “Who Let The Dogs Out?” — the turn-of-the-millenium earworm that has come to define the company’s achievement of its ambitious goals.

What ranks to some turgid observers among “the most annoying songs” ever recorded is an emblem of triumph at Vorto. With its automated supply chain software recognized across the logistics industry, it is implementing a series of initiatives to accelerate its employees’ personal and professional growth – while never forgetting to celebrate the hard-won wins. 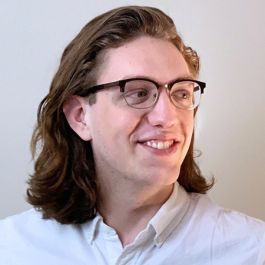 “As part of a ‘win or die’ culture, winning is pretty important,” McErlean said with a grin. “So when you do win, you have to party. That’s always been a pretty important part of the culture: We celebrate our victories together.”

Built In Colorado met with McErlean and fellow software engineers Ben Hernandez and Abbey Liu to learn more about Vorto’s ongoing evolution and how a strong team culture sets them up for success in their respective roles. Yippie-Yi-Yo.

McErlean: Working at a job that you’re not fully present for — it just never really struck a chord with me. I wanted to find a company where people actually wanted to do something. I love that sense of accomplishment and being somewhere I can grow and feel challenged in ways that a standard job wouldn’t.

Abbey: Working at Vorto has allowed me to understand the world in a different way. Before Vorto, I had never talked to a truck driver before. It’s showed me a different perspective and view of the world that I truly appreciate. 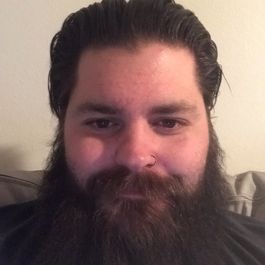 Hernandez: Nobody wears just one hat. Developers are expected to understand the business, operations folks are expected to understand technology. We have operations people learning SQL so they can better support themselves. There’s shared experiences across everything. Everybody has their specialty. But instead of having little sections that don’t talk to each other, we’re all getting a little bit better at different aspects of the business.

McErlean: Everyone brings a very high level of care and intensity to their role, believes in the work they’re doing and tries to make an impact. You won’t find someone who’s content to sit in the back and just be along for the ride.

What we’re trying to accomplish is so big, but it’s also so important. We’re eliminating inefficiencies and cutting through some of the more greedy practices in the industry. There’s a huge level of care and compassion that we bring that this isn’t just a paycheck.

Changing for the better

While environmentalism often comes at the expense of financial performance, Vorto has managed to merge the two interests without sacrificing the bottom line. In just one year, the Denver-based company saved users over $480 million and eliminated 150,000 tons of CO2 emissions — the equivalent of 200,000 acres of forest — and reduced the number of trucks customers use by 66 percent. Vorto’s platform has also increased the wages of truck drivers, automating overhead costs in order to pay drivers 92.5 to 95 percent of the load price, versus the 75 to 80 percent standard of the industry.
They're Hiring | View 24 JobsVORTO is Hiring | View 24 Jobs

How meaningful has it been to provide this service to the trucking industry?

Hernandez: We’re from very different walks of life: These guys are running a business, I’m writing code. But being able to get that feedback through our operations folks the same day because we solved the problem they were having takes away a lot of that separation. We’re closing that feedback loop by shipping so quickly. And we’re making it so that we developers can feel the human aspects of what we’re doing, and other people can see the impact that technology can have on them. We’re literally making something and saying, “Hey, does this work for you? Yes? Excellent. No? OK, let me see if I can do something a little bit better.”

McErlean: If you don’t appreciate the human element, you’re not going to do well at this company. You have to be driven by purpose and make an effort to understand the end user. Because these features matter a lot — it isn’t just a fun little toy app or some new feature on social media. Our software is the primary way that these people interact with their profession. 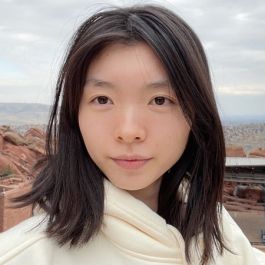 Vorto’s software predicts shipping demand to match drivers with the best loads so they can make more money. Rather than relying on a human dispatcher to play musical chairs with carriers in search of better income, Vorto’s user-friendly app produces operational efficiencies that reduce the deadhead and idle time of drivers by up to 50 percent.

We know it isn’t meant to be taken literally, but “win or die” is a big statement. Does it truly feel life or death?

Hernandez: As someone who has been here a while, I resonate with the startup side of things: “We have two weeks of runway. We’re either going to figure this out and win, or we’re not going to figure this out and die.” That’s mostly where it comes from for me, and that approach has followed into profitability and everything else. We’re still doing great — growing and building new businesses. But this company has a really big future, and I don’t want us to jeopardize that. We’re winning, but we haven’t won yet. We have to keep attacking like we’re a startup.

What has it been like to maintain that focus while reaping the rewards of profitability?

Hernandez: That’s been a big point of emphasis: How do we “win or die” while also finding a bit of balance? An analogy we’ve used is imagining the company as a spear. Some people are always going to be at the tip of that spear: working hard, working long hours and maybe heading toward burning themselves out. But if you have a ton of people who make up the length of the spear, the hand holding the sphere — not everybody has to be at the point at the same time.

One of the things we’re working on at Vorto is learning how to trade people in and out of that spear tip. Because if you’re hiring amazing individuals, no one person has to solve every single crisis. I think all of us are learning to take our hands off of things a little bit. We don’t have to be superhero devs all of the time.

Abbey: We’ve gotten a lot better at communicating expectations of our new hires. When I first joined the company, I didn’t always know where to find the answers to questions I might have. And now that we’re hiring more senior developers and even junior developers, I have more time to focus and prioritize what I have to do instead of being pulled in many different directions.

Hernandez: Overall, we’re supporting each other better. We’ve started a remote-hire program that’s been really effective. We’re trying to get people to take vacations and find that balance. We’re not just dumping a whole bunch of things on our new hires the same way we might have in the past. I just posted something looking for a junior web developer, which we never would have entertained because of the amount of time it takes to bring them up. I think there’s going to be some super-cool things that come out of being able to diversify ourselves and taking the time to level-up the people we’re hiring.