For about a year, Engineering Apprentice Margaret Lee was on the logistics team at Block, where she charted analytics and metrics for the company’s products around the world. But she felt an urge to explore the world of software engineering.

Lee studied mechanical engineering in college, and relished the technical aspects of her job. She even dabbled with online coding classes in her spare time. She thought about going back to school for another degree, but knew it was too pricey — and a full-on bootcamp would be too time consuming.

Lee accepted that her interest in software engineering would simply be that — an interest.

“There wasn’t a clear path to it,” she said.

Until one magically appeared.

At the end of 2021, Block announced an internal apprenticeship program for employees interested in engineering. Apprentices would spend six months on Cash App’s engineering team, a business unit within Block (formerly Square), to gain hands-on experience under the guidance of experienced team members. At the end of the program, the apprentice could be offered a full-time role as an engineer.

“I couldn’t believe it,” Lee said. “I applied right away. It was exactly the opportunity that I was looking for.”

Lee was one of only a handful of employees accepted to the inaugural program. Since March 2022, she’s been working on the community engineering team; learning what a service is, how it integrates into Cash App’s ecosystem, and how to set up pipelines of information.

Cash App enables its millions of monthly active customers to send, spend, invest, borrow and save. The company’s mission is to redefine the world’s relationship with money by making it more relatable, instantly available and universally accessible. Block, a global technology company with a focus on financial services which was formerly named Square, is the global technology company made up of Square, Cash App, Spiral and TIDAL.
They're Hiring | View 92 JobsCash App is Hiring | View 92 Jobs

In 2020, Justin Williams, a software engineering lead at Block, discussed a possible apprenticeship idea with his co-worker.

They noticed a gap in professional growth at Block. Sure, they had engineering internship programs geared toward college students and recent graduates. But what about individuals who were further along in their careers and wanted hands-on experience for a potential career-change?

“And we wanted to provide a venue for it,” Williams said.

Williams previously worked at companies with engineering apprenticeship programs that were wildly successful. The common denominator? The apprentices. They were all hungry and passionate. 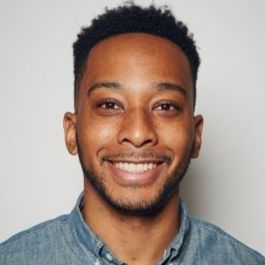 “One criteria I look for is a curious mindset. I have found that individuals with untraditional backgrounds are eager to learn and are passionate about taking on projects,” Williams said. “I’m always inspired by their excitement, and I wanted to create a space for that opportunity to exist here at Block and Cash App.”

Williams and his colleague reached out to other engineering managers to get their opinions and support on the idea. Then they contacted the talent team to confirm nothing like this already existed at the company. Once they realized there was an opportunity to craft the program, they involved company stakeholders.

“Justin had the technical vision,” Dominique Bynes, talent development lead at Cash App, said. “And then I came in to try and make those wheels turn.”

Bynes’ primary role at Cash App is centered around internal mobility and development opportunities. She joined the company one year ago, and her first order of business was collaborating with Williams on how to structure the apprenticeship program.

They decided on six months and a fully-immersive experience for the apprentice. They drafted benchmarks for success, and determined that at the completion of six months, there would be an assessment of whether the apprentice was a fit for a full-time role. Bynes made a point to communicate with the apprentices often and garner feedback about how they could improve the program. 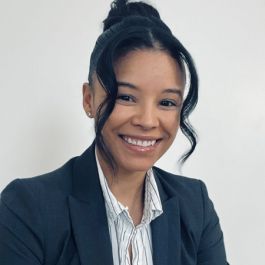 “This is our first cohort. It’s our baby,” Bynes said. “We’re hoping to iterate on this program and make it better.”

She and Williams opened the application process to all employees, but they were sure to gear their efforts toward candidates who started their journey via learning but were seeking their first tangible job where they could apply that knowledge. So they required a cover letter to encourage hopefuls to discuss their unique interests. The process also included a take-home project to display their technical skills, and a growth mindset interview to understand how they would apply their prior work experience in a new environment. The goal was to understand how and why the applicant had pursued some of these technical interests, how they handle adversity, and how eager they were to learn.

Together, Williams, his colleague and Bynes defined what a good candidate could look like.

One that checked all the boxes? Margaret Lee.

Last month, Cash App held its first career fair. The fair was organized by the talent team and its purpose was twofold. One, to be a platform for employees to learn about the resources that Cash App has around learning, development and internal mobility. Two, an opportunity for employees to connect with leaders around the business and learn about their teams. “I volunteered Justin to come talk about the apprenticeship program,” Bynes said. “I want to make sure that we have a platform for our employees who are doing fantastic work, and to showcase the resources that we have and how intentional we are about making sure our team has the opportunity to shift their careers if they see fit.”

‘Everyone in this room wants you to succeed’

Four months in, Lee beams whenever she talks about the program. She can’t believe how much she’s learned in such a short amount of time.

She started the program by taking an orientation class, and then a course on her team’s language, Kotlin. She also meets frequently with her assigned mentor on the engineering team. That engineer explains to Lee how Cash App uses databases, defines any confusing terms and assigns her mini projects so Lee can apply what she’s learning.

All of this has helped Lee gain confidence, supplementing the piece of advice that she received at the start of the program: “Everyone in this room wants you to succeed.”

“I was told, ‘Everyone here wins if you succeed, so don’t be afraid to get the information you need to do that,’” Lee said. “I’ve taken that to heart and haven’t been afraid to ask questions. Everyone has been so generous and kind with their time.” 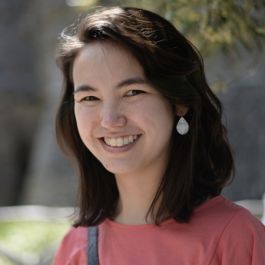 Lee and the other apprentice in the program have hit the ground running. Just the other week, the pair were chatting about what they’d learned so far, and Lee was amazed by her vocabulary.

“At the beginning of the program, I was asking, ‘What’s a service? How does it hook up to a database? What is Kubernetes?’” Lee said. “And now I understand some of those things, and can explain them. It’s incredibly exciting. I’m not an expert and I still have a lot to learn. But I feel like I’m starting to be a contributing member on the team.”

And that’s the key, Lee explained. Sure, you can learn to code online or in a weekly class. But developing with a team is something completely different — and that’s exactly what Williams envisioned when he had this idea back in 2020.

“I’m so grateful to Cash App for supporting this idea and providing the resources,” Williams said. “It’s been rewarding to watch Margaret’s growth, what she’s learning and how things are resonating. That’s why we do it.”