The SaaS solutions vendor is making its values a priority and encouraging team members to elevate their peers as the company grows.
Written byRobert Schaulis
Robert Schaulis
Staff Writer at Built In
Robert Schaulis is an author and journalist who has written on the subjects of agriculture, business and technology.

Hayley Bair is cautious with buzzwords. She understands that at some companies, core values can deteriorate into clichés, and a sense of cynicism can take hold.

That hasn’t been Bair’s experience, though, working at AvePoint. At AvePoint, Bair found an opportunity to buy into three sincerely held core values.

“I think you hear terms like teamwork, agility and passion tossed around a lot when you’re talking about company culture,” Bair said. “Those words can mean a lot of different things at different workplaces. But from my first conversation with the AvePoint recruiting team, I was pretty sold on those core values.” 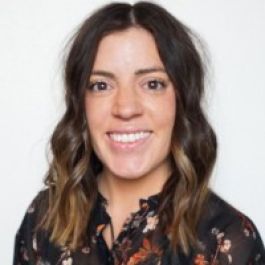 A sales manager with AvePoint’s enterprise sales team, Bair leads sales professionals who service public sector customers in the western U.S. Since joining AvePoint as an account executive three and a half years ago, Bair has become an increasingly integral part of the company’s operations in the West.

This February, Bair made the transition into her current managerial role. She also recently received AvePoint’s peer recognition award, celebrating for her commitment to the core values she once eyed with skepticism.

AvePoint’s peer recognition award is granted on a quarterly basis. Team members from across the company’s global workforce can nominate colleagues who they believe exemplify the core values of teamwork, agility and passion. Winners are selected from among those nominees and announced by executive leadership at the company’s town hall meetings four times a year.

In addition to being recognized by the AvePoint team, winners receive a $1,000 cash prize.

“It’s always a very exciting thing when the announcements come out, and you see your coworkers recognized and hear the awesome stories of what they are doing,” Bair said. “In sales, you’re pretty aware of where you stand from a numerical quota-attainment perspective. But I think to be recognized by the peers that you’re collaborating with every day says more than any other type of recognition you can receive.”

AvePoint provides the most advanced platform for SaaS and data management to optimize SaaS operations and secure collaboration. More than 9 million cloud users rely on our full suite of solutions to make them more productive, compliant and secure.

Peer recognition feels particularly significant to Bair because she was honored for her commitment to her peers; for exemplifying the core value of teamwork.

In the often competitive space of tech sales, AvePoint’s help-your-teammate approach stood out to Bair as uniquely collaborative. And being recognized for her willingness to lend her expertise and elevate peers, both on her team and throughout the organization, was a fitting way of driving that point home.

“These are people who you get into the weeds and get creative with; they work with you on a ton of different projects with different moving parts, styles of work and communication patterns,” Bair said. “I’ve been in sales my entire career, and in this ever-changing, keep-you-on-your-toes world, having your immediate peers, your VP, your chief revenue officer and everyone in between ready to support you and your customers says a lot about a company culture.”

Fittingly, when Senior Solutions Engineer Murugan Balaji received his peer recognition award for exemplifying the core value of passion, he was working to address customers’ needs. 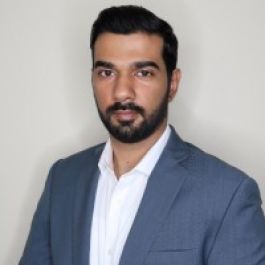 “I was actually on a customer call during the town hall; I didn’t even know I had won,” said Balaji. “All of a sudden, people were pinging me and saying congratulations. That’s how I first found out.”

Balaji has worked tirelessly to address AvePoint customers’ needs since joining the organization as a college intern seven and a half years ago. He credits the company’s unique approach to career development, its investment in young talent and its focus on tackling important workplace challenges with inspiring his continued sense of passion.

“They actually gave me the chance to experiment and discover my skills and where I could do well within the organization,” Balaji, who joined the company in a project management role, said. “Fast forward through a few different roles, and I’m one of the senior-most solutions engineers on the U.S. team today.”

Along with teamwork and passion, agility is one of AvePoint’s three core values. This means being nimble-minded and valuing quick, informed decision-making to meet and exceed customer expectations. “In 2020, we were able to solve this problem of remote employment for many companies at the height of the pandemic,” Balaji said. “It took us just few months to figure it out and help customers. I think that's proof of our agility.”

The dedicated work that Balaji and his teammates have done has allowed AvePoint’s customers to solve pressing technical problems when they mattered most — particularly during the pandemic when companies were scrambling to put in place remote work protocols. Balaji attributes AvePoint’s prodigious success over the last two years to the dedication of his colleagues, the importance of the company’s mission and its central role in helping its customers negotiate a future in which the hybrid or remote workplace is the new normal.

“As a company, we are very passionate about the problems we solve in the technical industry or the IT industry regarding knowledge management and collaboration,” Balaji said. “We helped many customers help their employees to work remotely during those difficult times early in the pandemic when people were still getting used to the whole hybrid and remote employment lifestyle.”

Among the more satisfying aspects of being recognized by his peers, Balaji noted, was learning that he had been nominated by both members of the solutions team and those outside his team that he had worked with in close cross-functional collaboration.

“It was my teammates and actually some of my peers from other teams, particularly the marketing team, that had nominated me,” Balaji said. “And that felt good.”

Passion means many things at AvePoint — among them advancing the goals of diversity, equity and inclusion. The company’s employees operate Queers & Allies, an ERG dedicated to serving the LGBTQ+ community and allies at AvePoint, and Women in Technology. “Our Women in Technology ERG is very important to me,” Bair said. “It's important to me and to a lot of the women in our company to have that platform. We may be in different offices and different locations, but we all share many commonalities and similarities. And there are a lot of little things that we do across the company that help create that camaraderie and build relationships.”

As AvePoint continues to grow and scale up its global workforce, opportunities to come together as peers and carve out communal space are increasingly important to team members like Bair and Balaji.

Bair and Balaji both noted that after receiving their peer recognition award, they have each become more attuned to the ways in which they can elevate their colleagues. And that focus on recognition has served them both as they’ve transitioned into leadership roles where they’ve become, in some respects, custodians of AvePoint’s core values and culture.

“Having a platform to raise each other up speaks very highly of our peers and our leadership who have created this environment,” Bair said. “I have a running mental list of really great contributions and examples from my peers because I want to keep track of those when the time comes for the nomination. I’m more aware of what it means to be recognized and what that could mean to someone else in the future — the opportunity to get to make them shine and acknowledge the times that they’ve done a really great thing.”