What Is Machine Learning and How Does It Work?

Machine learning describes computer algorithms trained with real-world data to build predictive models but machine learning isn’t as complicated as it may seem. 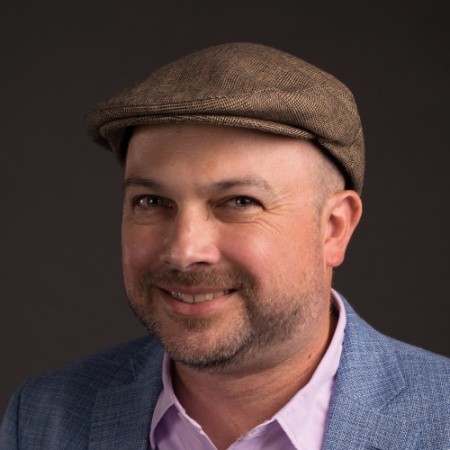 Frank Kane
Founder at Sundog Education
Frank Kane is the founder of Sundog Education. Kane spent nine years at Amazon and IMDb. Kane holds 17 issued patents in the fields of distributed computing, data mining and machine learning. He is an instructor with Udemy.

Even though it’s a subfield of artificial intelligence (AI), machine learning isn’t as complicated as it may seem. As a simple example, imagine we’ve collected data on the height and weight of 100 people. We call this our training data. We could graph the data we collected with the measured heights on the X-axis and weights on the Y-axis, as seen below.

Every point on this graph represents the height and weight of a given person. A simple machine learning algorithm could fit a line to this data. We could then use that line to make predictions about the weight of new people given their height. Think of it as a high school math problem. One equation of a line is y = mx + b, where m is the slope of the line and b is the y-intercept. A machine learning algorithm called linear regression can be used to learn the best values of m and b to fit the data we have. In this case, we end up with y = 2.75x + 16.5, which results in this line:

Now that we’ve learned the line that best fits our training data, we can plug in new height values for x and produce predictions of weights on y. See how simple machine learning can be?

What Is Machine Learning?

Machine learning is an advanced form of data analysis and a branch of artificial intelligence that replicates human learning through the use of large data sets and algorithms. Machine learning is designed to gradually improve over time through repeated actions that train algorithms on how to produce outcomes based on referential and repeating data. Many forms of common technology make use of machine learning, such as search engines, self-driving cars and virtual assistants. There are different types of machine learning best suited for different kinds of problems. They generally fall into two categories: supervised and unsupervised — but sometimes we combine the two as well.

There are different types of machine learning best suited for different kinds of problems. They generally fall into two categories: supervised and unsupervised — but sometimes we combine the two as well.

What Is Supervised Machine Learning?

The linear regression we saw above is an example of supervised learning. That means that our training data contains known, correct answers for the thing we’re trying to predict. For each person the linear regression model was trained on, we knew their weight given their height. It’s called supervised because we can easily evaluate how good our model is while it is being trained by comparing it to known correct answers. Most machine learning algorithms fall into the supervised learning category including regression, decision trees, XGBoost and many more.

What Is Unsupervised Machine Learning?

Sometimes, we’re trying to uncover unseen patterns in the data we have. For example, what are the broader topics that describe a set of documents? Can we categorize movies based on how similar their plot summaries and scripts are? We might not know what the set of topics or movie genres are ahead of time, but unsupervised learning techniques can uncover them. These unknown attributes are called latent features. Techniques such as K-means clustering, principal component analysis, latent Dirichlet allocation, and K-nearest-neighbors can be used to uncover these latent features.

As we don’t know the correct answers ahead of time, unsupervised algorithms use unlabeled training data.

More From Built In ExpertsBeginner's Guide To Unsupervised Learning With Python

What Is Semi-Supervised Learning?

Real-world projects aren’t always so cut and dry. Imagine you have a large set of training data, but only some of it comes with labels (known correct answers). This is a common situation; many problems require a human to label data before it can be used to train a machine learning algorithm. For example, training an image recognition system might require humans to manually classify objects in a set of images used to train the system. However, you may have many more images that need labeling than you’re actually able to label because you only have so many humans.

This where semi-supervised learning comes in. You can use supervised learning to train a model that assigns labels to unlabeled data, based on the human-generated labels it receives. Over time, we can compare the labels produced by the supervised algorithm to the labels produced by humans. As they start to agree, we can use the supervised model to label our training data instead of humans in cases where the model has high confidence. Those machine-generated labels are called pseudo-labels.

As our training data now contains a mixture of known labels assigned by humans and data that was inferred by a model, these models are called semi-supervised.

Related Reading From Built In ExpertsAI vs. Machine Learning vs. Deep Learning: What’s the Difference?

What Are Neural Networks?

A neural network is inspired by the biology of the human brain, although modern neural networks have diverged considerably from their biological counterparts. Today, neurons are still a useful metaphor for understanding how neural networks work, but under the hood, they are basically driven by linear algebra and calculus that has been optimized for the best results.

This hypothetical network will be used to classify things based on their features. Maybe I’m trying to predict which genre a movie is based on the directors and actors involved in it. We feed those features — the actors and directors — into the bottom on this neural network. Once the network is trained, it will produce probabilities of the movie being in one of many different genres in the output at the top.

Each circle in this diagram represents a neuron, although they are largely referred to as units these days. In between the top and bottom of this network are several layers of neurons, all of them interconnected. Each neuron’s job is to sum up all the signals coming into it (which is what the Sigma symbol means) and apply an activation function to decide what signal is output to the next layer (that’s what the bent line represents).

Neural networks have dominated machine learning research in recent years because they are extremely flexible and can be applied to a wide range of complex problems.

The magic of neural networks happens when we train them to learn the optimal weights and biases between each neuron. A technique called gradient descent is used to find the best weights to assign to each connection. As there are many different weights that can have many different values, neural networks can represent very complex problems. The massive jumble of weights we end up with makes it hard to understand intuitively why a given trained neural network produces the answers it does, but it generally works quite well.

Neural networks have dominated machine learning research in recent years because they are extremely flexible and can be applied to a wide range of complex problems. However, they’re not always the optimal solution and tuning them for the best performance can be very challenging.

What Is Artificial Intelligence?

Neural networks, AI and machine learning are often used interchangeably — but they are different things.

AI is a broader category than machine learning. Early attempts at AI did not use machine learning algorithms at all; instead, many were rule-based systems. Early conversational bots were actually made up of pre-programmed responses for a set of keywords they could reference depending on the asked question. If you said the word “happy,” the bot might have a human-generated rule to respond with “I’m glad you’re feeling good about that!” The behavior of an AI system like this is explicitly programmed, and not something that learned as went.

Modern AI tends to rely more on machine learning, of which neural networks are one of several approaches. A neural network could learn that an appropriate response to “I feel happy” is “I’m glad you’re feeling good about that” just based on feedback during its training.

Complex AI systems, like self-driving cars, might combine different techniques. A neural network could be used to identify street signs, while reinforcement learning is used to learn how to best navigate streets, and there are probably plenty of rule-based systems in there too.

At the end of the day, it’s throwing a bunch of metaphorical spaghetti at the wall and seeing what sticks. There’s nothing fancy about that!

Despite its complex algorithms, successful machine learning systems are largely the result of trial and error. We give this a fancy name: hyperparameter tuning. These models generally have many hyperparameters, such as learning rates, how many layers your neural network has, and how many neurons are in each layer — and there’s rarely a good way to know what the best values of these parameters are for a given problem. Machine learning practitioners tune their models by simply trying a wide variety of combinations of these parameters and seeing which ones work best experimentally. At the end of the day, it’s throwing a bunch of metaphorical spaghetti at the wall and seeing what sticks. There’s nothing fancy about that!

Real-world machine learning is often more about data processing than actual machine learning. Your choice of algorithms and parameters is much less important than the quality of the data you train your machine learning systems with. A data scientist often spends more time analyzing and cleaning the data used to train a system than in working with the algorithms themselves. There’s an entire discipline called feature engineering devoted to preparing and pre-processing your training data to produce the best results. This is typically how a machine learning researcher spends most of their time in the real world. Data analysis, statistical analysis and dealing with missing data are a big part of the job. When you add the challenge of applying feature engineering to massive amounts of data using cloud computing, it quickly becomes the hard part of applied machine learning.

For people new to the field, this is good news — machine learning is more accessible than it has ever been. But people who understand what’s going on under the hood with the why and how of machine learning remain highly valuable in today’s job market.

Are you n now wondering what is the difference between machine learning and deep learning? We got you.

This article was originally posted on Udemy’s Blog: What Is Machine Learning and How Does It Work?