Gradient Descent: An Introduction to 1 of Machine Learning’s Most Popular Algorithms

Take a high-level look into gradient descent — one of ML's most popular algorithms. 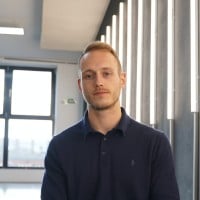 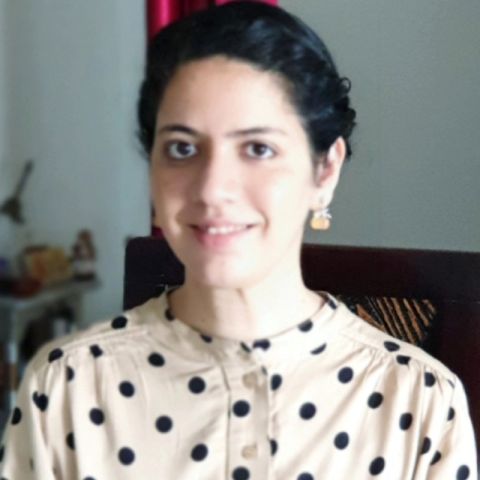 Gradient descent is by far the most popular optimization strategy used in machine learning and deep learning at the moment. It is used when training data models, can be combined with every algorithm and is easy to understand and implement. Everyone working with machine learning should understand its concept. We’ll walk through how gradient descent works, what types of it are used today, and its advantages and tradeoffs.

A video overview of gradient descent

Gradient descent is an optimization algorithm that’s used when training a machine learning model. It’s based on a convex function and tweaks its parameters iteratively to minimize a given function to its local minimum.

What is Gradient Descent?

Gradient Descent is an optimization algorithm for finding a local minimum of a differentiable function. Gradient descent is simply used in machine learning to find the values of a function's parameters (coefficients) that minimize a cost function as far as possible.

You start by defining the initial parameter’s values and from there gradient descent uses calculus to iteratively adjust the values so they minimize the given cost-function. To understand this concept fully, it’s important to know about gradients.

What Is a Gradient?

"A gradient measures how much the output of a function changes if you change the inputs a little bit." — Lex Fridman (MIT)

A gradient simply measures the change in all weights with regard to the change in error. You can also think of a gradient as the slope of a function. The higher the gradient, the steeper the slope and the faster a model can learn. But if the slope is zero, the model stops learning. In mathematical terms, a gradient is a partial derivative with respect to its inputs.

What is a Gradient? 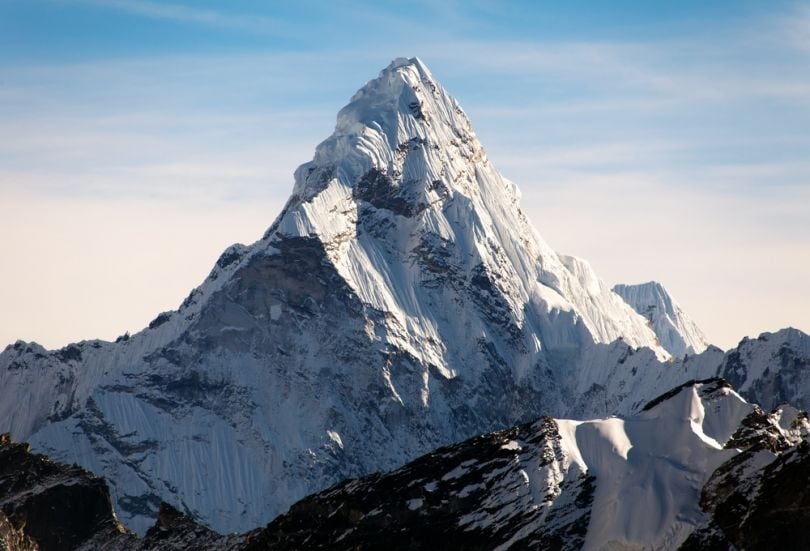 Imagine a blindfolded man who wants to climb to the top of a hill with the fewest steps along the way as possible. He might start climbing the hill by taking really big steps in the steepest direction, which he can do as long as he is not close to the top. As he comes closer to the top, however, his steps will get smaller and smaller to avoid overshooting it. This process can be described mathematically using the gradient.

Imagine the image below illustrates our hill from a top-down view and the red arrows are the steps of our climber. Think of a gradient in this context as a vector that contains the direction of the steepest step the blindfolded man can take and also how long that step should be. 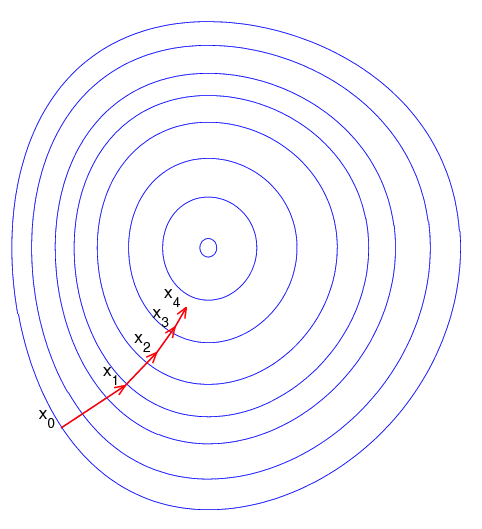 Note that the gradient ranging from X0 to X1 is much longer than the one reaching from X3 to X4. This is because the steepness/slope of the hill, which determines the length of the vector, is less. This perfectly represents the example of the hill because the hill is getting less steep the higher it's climbed. Therefore a reduced gradient goes along with a reduced slope and a reduced step size for the hill climber.

Instead of climbing up a hill, think of gradient descent as hiking down to the bottom of a valley. This is a better analogy because it is a minimization algorithm that minimizes a given function.

The equation below describes what gradient descent does: b is the next position of our climber, while a represents his current position. The minus sign refers to the minimization part of gradient descent. The gamma in the middle is a waiting factor and the gradient term ( Δf(a) ) is simply the direction of the steepest descent.

So this formula basically tells us the next position we need to go, which is the direction of the steepest descent. Let's look at another example to really drive the concept home.

Imagine you have a machine learning problem and want to train your algorithm with gradient descent to minimize your cost-function J(w, b) and reach its local minimum by tweaking its parameters (w and b). The image below shows the horizontal axes representing the parameters (w and b), while the cost function J(w, b) is represented on the vertical axes. Gradient descent is a convex function. 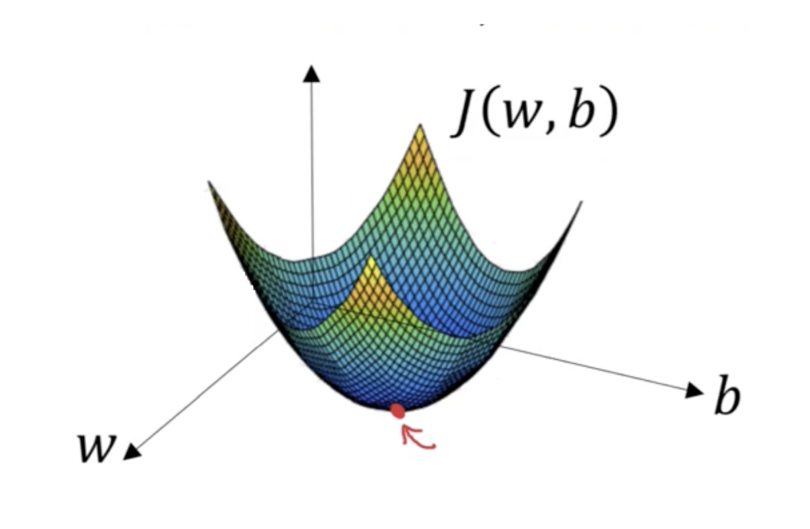 We know we want to find the values of w and b that correspond to the minimum of the cost function (marked with the red arrow). To start finding the right values we initialize w and b with some random numbers. Gradient descent then starts at that point (somewhere around the top of our illustration), and it takes one step after another in the steepest downside direction (i.e., from the top to the bottom of the illustration) until it reaches the point where the cost function is as small as possible.

Importance of the Learning Rate

How big the steps the gradient descent takes into the direction of the local minimum are determined by the learning rate, which figures out how fast or slow we will move towards the optimal weights.

So, the learning rate should never be too high or too low for this reason. You can check if your learning rate is doing well by plotting it on a graph.

How to Make Sure It Works Properly

A good way to make sure gradient descent runs properly is by plotting the cost function as the optimization runs. Put the number of iterations on the x-axis and the value of the cost-function on the y-axis. This helps you see the value of your cost function after each iteration of gradient descent, and provides a way to easily spot how appropriate your learning rate is. You can just try different values for it and plot them all together. The left image below shows such a plot, while the image on the right illustrates the difference between good and bad learning rates.

If gradient descent is working properly, the cost function should decrease after every iteration.

There are some algorithms that can automatically tell you if gradient descent has converged, but you must define a threshold for the convergence beforehand, which is also pretty hard to estimate. For this reason, simple plots are the preferred convergence test.

Another advantage of monitoring gradient descent via plots is it allows us to easily spot if it doesn’t work properly, for example if the cost function is increasing. Most of the time the reason for an increasing cost-function when using gradient descent is a learning rate that's too high.

If the plot shows the learning curve just going up and down, without really reaching a lower point, try decreasing the learning rate. Also, when starting out with gradient descent on a given problem, simply try 0.001, 0.003, 0.01, 0.03, 0.1, 0.3, 1, etc., as the learning rates and look at which one performs the best.

This introductory video to gradient descent helps to explain one of machine learning's most useful algorithms.

There are three popular types of gradient descent that mainly differ in the amount of data they use:

Batch gradient descent, also called vanilla gradient descent, calculates the error for each example within the training dataset, but only after all training examples have been evaluated does the model get updated. This whole process is like a cycle and it's called a training epoch.

The frequent updates, however, are more computationally expensive than the batch gradient descent approach. Additionally, the frequency of those updates can result in noisy gradients, which may cause the error rate to jump around instead of slowly decreasing.

Common mini-batch sizes range between 50 and 256, but like any other machine learning technique, there is no clear rule because it varies for different applications. This is the go-to algorithm when training a neural network and it is the most common type of gradient descent within deep learning.

Niklas Donges is an entrepreneur, technical writer and AI expert. He worked on an AI team of SAP for 1.5 years, after which he founded Markov Solutions. The Berlin-based company specializes in artificial intelligence, machine learning and deep learning, offering customized AI-powered software solutions and consulting programs to various companies