Graph Neural Network (GNN): What It Is and How to Use It

GNN is a powerful tool to help you analyze structural data. This introduction shows you how. 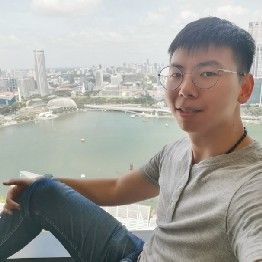 First things first: What is a graph?

Graphs are mathematical structures used to analyze the pair-wise relationship between objects and entities. A graph is a data structure consisting of two components: vertices, and edges. Typically, we define a graph as G=(V, E), where V is a set of nodes and E is the edge between them.

What Is a Graph Neural Network (GNN)?

A graph neural network is a neural model that we can apply directly to graphs without prior knowledge of every component within the graph. GNN provides a convenient way for node level, edge level and graph level prediction tasks.

A graph doesn’t exist in a Euclidean space, which means it can’t be represented by any coordinate systems with which we’re familiar. This makes the interpretation of graph data much harder compared to other types of data like waves, images or time-series signals, all of which can be mapped to a 2-D or 3-D space.

Graphs also don’t have a fixed form. Look at the example below. Graphs A and B have completely different structures and look completely different from one another, but when we convert them to adjacency matrix representation, the two graphs have the same adjacency matrix (if we don’t consider the edges’ weight). So should we consider these two graphs to be the same or different from one another? It’s not always intuitive.

Finally, graphs are generally hard to visualize for human interpretation. I’m not talking about small graphs like the examples above, but about giant graphs that involve hundreds or thousands of nodes. When the dimension is very high and nodes are densely grouped, humans have a hard time understanding the graph. Therefore, it’s challenging for us to train a machine for this task. The example below shows a graph modeling the logic gates in an integrated circuit.

So why use graphs? We can summarize the reasons to work with graphs in a few key points:

Traditional methods are mostly algorithm-based, such as:

A graph neural network is a neural model that we can apply directly to graphs without prior knowledge of every component within the graph. GNN provides a convenient way for node level, edge level and graph level prediction tasks.

With this in mind, we give every node a state (x) to represent its concept. We can use the node state (x) to produce an output (o) (i.e. decision about the concept). We call the final state (x_n) of the node embedding. The task of all GNN is to determine the node embedding for each node by looking at the information on its neighboring nodes.

Let (X,d) be a complete metric space and let (T:X→X) be a contraction mapping. Then T has a unique fixed point (x∗) and for any x∈X the sequence T_n(x) for n→∞ converges to (x∗).

This means if I apply the mapping T on x for k times, x^k should be almost equal to x^(k-1).

Finally, after k iterations, the graph neural network model makes use of the final node state to produce an output in order to make a decision about each node. The output function is defined as:

Here A_head is the pre-processed Laplacian of the original graph adjacency matrix A. This formula looks very familiar if you have some experience in machine learning because it’s nothing but two fully connected layer structures that programmers commonly use. Nevertheless, it serves as graph convolution in this case.

Let’s say we have a simple graph with four nodes. We assign each of these nodes a feature matrix as shown in the figure above. It’s easy to come out with a graph adjacency matrix and feature matrix.

Note: I’ve purposely changed the diagonal of the adjacency matrix to 1 to add a self-loop for every node. This is so that we include the feature of every node itself when we perform feature aggregation later.

We then perform AxX (for our current purposes, let’s forget about the Laplacian of A and the weight matrix W). In the right-hand matrix, we see the result of matrix multiplication. Let’s look at the resulting feature of the first node as an example. It’s not hard to see the result is a sum of all features of node 1 including the feature of node 1 itself. Features in node 4 are not included since it’s not node 1’s neighbor. Mathematically, the graph’s adjacency matrix has a value of 1 only when there is an edge; otherwise it’s zero. This turns the matrix multiplication into the summation of nodes connected to the reference node.

What Graph Neural Networks (GNN) Do

In node classification, the task is to predict the node embedding for every node in a graph. This type of problem is usually trained in a semi-supervised way, where only part of the graph has a label. Typical applications for node classification include citation networks, Reddit posts, YouTube videos and Facebook friendships.

In link prediction, the task is to understand the relationship between entities in graphs and predict if two entities have a connection. For example, a recommender system can be treated as a link prediction problem. When we give the model a set of users’ reviews of different products, the task is to predict the users’ preferences and tune the recommender system to push more relevant products according to users’ interest.

In graph classification, the task is to classify the whole graph into different categories. It’s similar to image classification, but the target changes into graph domain. There’s a wide range of industrial problems where graph classification can be applied; for example, in chemistry, biomedicine or physics, we can give the model a molecular structure and ask the model to classify the target into meaningful categories. The model then accelerates the analysis of atom, molecule or any other structured data types.

We often use GNN in natural language processing (NLP), which is where GNN got started. If you have experience with NLP, you must be thinking that text should be a type of sequential or temporal data, which we can describe with a recurrent neural network (RNN) or a long short-term memory (LTSM). Well, GNN approaches the problem from a completely different angle. GNN utilizes the inner relations of words or documents to predict categories. For example, a citation network tries to predict each paper’s label in a network by the paper citation relationship and the words cited in other papers. GNN can also build a syntactic model by looking at different parts of sentences instead of only working sequentially as in RNN or LTSM.

The most interesting application is zero-shot learning (ZSL), which learns to classify an object with no training samples of the target classes. If we provide no training samples we need to let the model think in order to recognize a target. For example, let’s say we’re given three images and told to find okapi among them. We may not have seen an okapi before, but if we’re also told an okapi is a deer-faced animal with four legs and zebra-striped skin, then it’s not hard for us to figure out which one is an okapi. Typical methods simulate this thinking process by converting the detected features into text. However, text encodings are independent among each other. It’s hard to model the relationships between the text descriptions. On the other hand, graph representations model these relationships well and help the machine think more like a human might.

GNN in Other Domains

GNN is still a relatively new area and worthy of more research attention. It’s a powerful tool to analyze graph data because it’s not limited to problems in graphs. Graph modeling is a natural way to analyze a problem and GNN can easily be generalized to any study modeled by graphs.