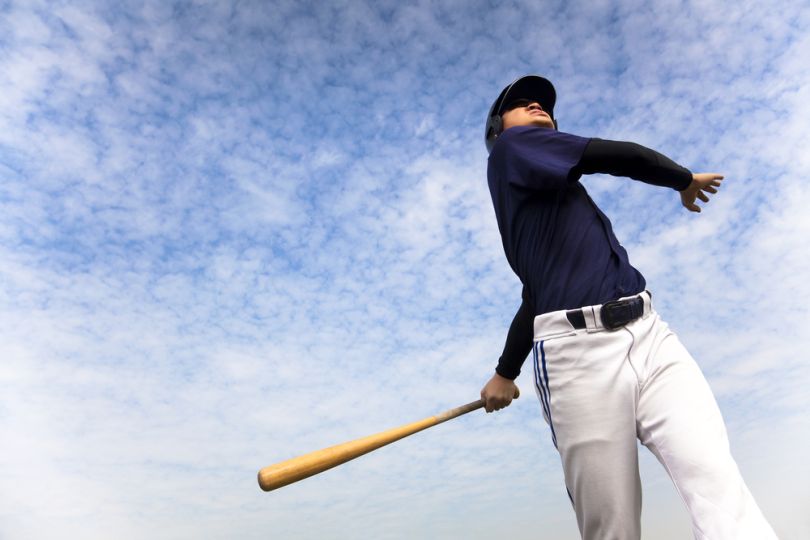 Baseball teams are gathering and leveraging whatever data is available to improve their performance. For The Win reports how Driveline Baseball’s data-driven training facility is turning to wearables to help hitters optimize their abilities.

Jason Ochart believes that understanding biomechanics and ballistics is the first step. “Before we can really get to the level of where pitching is, we just need to understand this more,” he told For The Win by phone earlier this offseason. “They have so much more data than we do. And so much more data on elite players too, which is half of what we’re doing now. We’re in the collection phase.”

“The only thing we were looking at was batted ball data, (batted ball tracking system) HitTrax, and video — looking at really high-resolution slow motion video,” Ochart said. “I’m very skeptical, naturally, and with a lot of the tech that was out, I was kind of hesitant to implement it until I felt like it was valid and reliable. Over the course of two years, the technology has gotten so much better, and the usability has gotten so much better.”

Recognizing the data-gathering potential of a K-Motion biofeedback vest he had used to assess his golf swing, Ochart advocated for players to wear the K-Vest to track movement on their hands, lead arm, torso and pelvis.

“We’re able to strap on a K-vest and get the data when the guys are hitting off live pitchers and driving it off of the pitching machine at high speeds. We can start to really get some more data that’s pretty interesting.”

“We’re able to strap on a K-vest and get the data when the guys are hitting off live pitchers and driving it off of the pitching machine at high speeds,” he said. “We can start to really get some more data that’s pretty interesting.”

Every trainee has their own philosophy towards their data and how much they want to know, Ochart says.

“At the end of our assessment, you sit down with the athlete and go over the data,” he said. “The first thing I do is I ask the athlete, ‘How much of this do you want to know? How granular do you want me to get into this data with you?’ A lot of times, the hitters don’t actually care that much. That sounds awful, but I respect them a lot, because they’re like ‘Look, I actually don’t understand what they’re talking about to the level where it’s going to be beneficial.’

Ochart adds that in-game swing data and pitch recognition data are two missing pieces of the hitting data puzzle that he would love to have.