Podimetrics, whose wireless mat detects foot ulcers in diabetics, just raised $13M to expand its work with the VA. 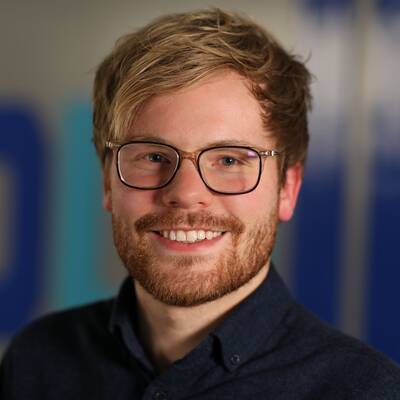 Diabetes is one of the biggest challenges facing the U.S. healthcare system, and foot ulcers are one of its most severe complications.

Left untreated for too long, these wounds can lead to permanent loss of mobility, life-threatening infections and emergency amputations. But detecting foot ulcers before it’s too late can be tricky, because the patients most at risk of developing them commonly suffer from other diabetic symptoms like sensitivity loss and deteriorated vision.

Somerville, Mass. healthtech startup Podimetrics has built a wireless mat that detects these ulcers early. And the company just raised a $13.4 million Series B to expand its reach and partnership with the Veterans’ Administration health care system.

Diabetes affects approximately one in 10 Americans, but for veterans of the armed services, the number is closer to one in four, said co-founder and CEO Jon Bloom.

“My dad is a veteran, and he gets his care through the VA. And when I’d go with him to the hospital, I’d see a lot of veterans in wheelchairs,” said Bloom, who is an anesthesiologist by training. “A lot of people assume that’s from combat trauma, but it’s usually from diabetes.”

Podimetrics’ SmartMat detects ulcers by measuring heat patterns in a patient’s feet over time. As the tissue in the foot breaks down before an actual wound develops, the body has an inflammatory response, increasing the blood flow to the affected area. That inflammatory response leads to a hyperlocal temperature spike, which is picked up by the sensors in Podimetrics’ mat.

“We put out a trial in diabetes care about a year and a half ago, and we were able to detect 97 percent of foot ulcers more than five weeks before they happened,” Bloom said. “One of the reasons it worked so well was that we had extremely high adherence.”

By catching ulcers early, doctors can treat them before the patient develops serious complications — or potentially stop the wounds from developing in the first place.

Bloom said his team experimented with a range of form factors for the device, including shoe insoles and smart socks, before settling on a mat. Their main goal was to make the user experience as seamless as possible; a mat that the patient can stand on for 20 seconds while getting ready in the morning turned out to be precisely what the doctor ordered.

“You can have the coolest technology in the world, but if people don’t use it consistently, it does nothing,” Bloom said. “That was the biggest challenge for us, and we had to get it right.”

Founded in 2011, Podimetrics was born out of an MIT hackathon, and its founders have ties to both MIT and Harvard. Bloom said he expects to grow his team in the upcoming year, but declined to share specific hiring plans.