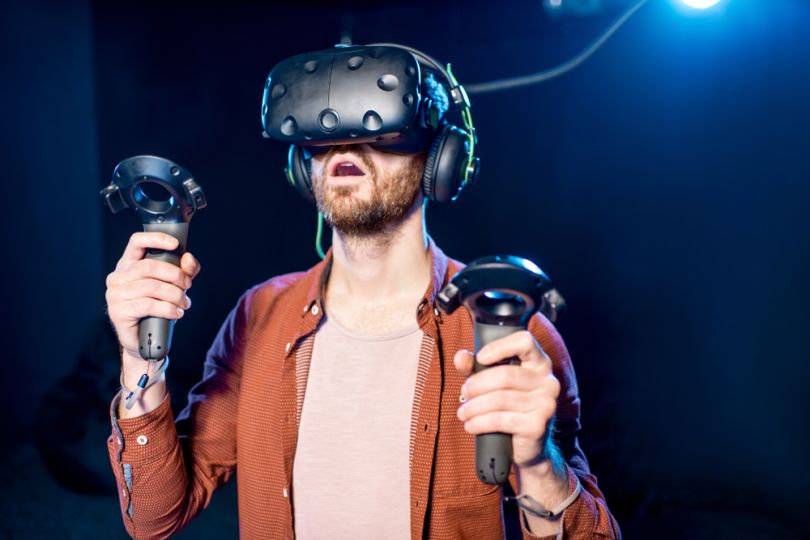 While video game live streaming has taken off exponentially, the experience of watching VR gaming has lagged. Founded in 2016, LIV is a Prague-based startup intent on making VR gaming more spectator-friendly. TechCrunch reports that last week the company announced that it has raised $1 million in funding.

“Creating content in VR is incredibly hard, there are no tools for it, and no shareable content form factor that conveys the experience of being in VR,” LIV co-founder and former competitive gamer AJ Shewki told TechCrunch.

“Mixed Reality Capture” evades description through the written word. “What MRC essentially does is inject a live video or, alternatively, a 3D avatar of the player’s body, inside the video game stream so spectators experience not only what the player sees (the classic VR first-person perspective) but can also follow the “real-world” movements the player makes to execute moves within the game,” explains the outlet. LIV wants to make it possible for VR spectators to watch and learn from elite players.

“The LIV App gives streamers the tools to broadcast themselves as themselves, or as their favourite avatars, inside any of the 100s of games that we support. We support hundreds if not thousands of avatars, including the popular Japanese VRM avatar format,” Shewki told TechCrunch.

“The LIV App also brings utilities like stream chat, stream alerts, scene controls and camera controls natively into the headset using our proprietary 3D overlay system, built specifically with performance in mind (which in VR is already a scarce resource). The LIV SDK is integrated by developers to get their games LIV-ready. We support Unity, Unreal as well as custom engines, and have done integrations with all of them.”

Over time, Shewki intends to evolve LIV into what he describes as a “real-time audience interaction platform” for VR streamers and games developers. “LIV Play,” which is aiming for an alpha release by the year’s end, would enable audiences to influence what happens in-game and in real time, further blurring the lines between gamer and spectator.

Calling creativity the company’s only limit, Shewki revealed to the outlet that experiments offering viewers engaging ways to participate e.g. “replace cubes with bombs and do more fun donations” have sent engagement and monetization through the roof.