Three professionals discuss company values and the ways DailyPay’s Employee Resource Groups (ERGs) create a sense of belonging and shared purpose.
Written byRobert Schaulis
Robert Schaulis
Staff Writer at Built In
Robert Schaulis is an author and journalist who has written on the subjects of agriculture, business and technology.

“I think our corporate values have played a big part in informing our ERG’s culture and success,” Josh Jackson, Senior Director, Market Strategy, and founding member of DailyPride said.

DailyPride boasts more than 80 members. It’s dedicated to advancing a culture of openness, tolerance and understanding at DailyPay and in the communities in which DailyPay operates. DailyPride’s history — like DailyWomen’s — has been a success story. But the core value that Jackson has in mind is a modest one: “start simple.”

“We started when there were only about 50 employees at DailyPay,” Jackson said. “We started as a Slack channel for people to connect with LGBTQ individuals and allies throughout the organization. The focus was initially on visibility and making sure that there was a community in place.”

DailyPride continued to follow the guidance of DailyPay’s core values. After starting simple, DailyPride began executing on another value, “we win with diversity,” expanding by bringing on members with diverse backgrounds and aspirations for the group.

McDougall points out that all DailyPay’s ERGs favor an intersectional approach to growth and participation.

“We have so many ERGs in our growing company, and we have a lot of investment in this area because our customers and partners are extremely diverse,” McDougall said. “We knew that we couldn't build or create a better experience for our partners and our users unless we had talent that had a unique and diverse set of experiences.”

DailyPay’s ERGs work in collaboration to build that better experience. And it shows, when, for example, DailyVida members create and share a Latin music playlist companywide.

Below, Built In spoke with three leaders to discuss the impact that their ERGs have had on the company — beyond eight hours of globe-spanning tunes from Celia Cruz to Selena to Willie Colón.

How did you come to be an ERG leader at DailyPay? What kind of work does your ERG do? 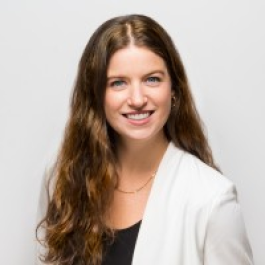 Senior Director, Growth Program Strategy Jaime McDougall: DailyWomen was the first ERG created at DailyPay. We were a small company trying to grow our footprint in New York as an employer of choice when we started. We were in fintech, which is a predominantly male-dominated industry. As one of the most senior women leaders at the time, it made sense to me that we should figure out how to foster development and advancement  opportunities for women at DailyPay — in order to attract and retain the best talent.

So the mission we started with was to inspire the women of DailyPay, foster connection, empower women to excel in their careers and provide a safe space to share diverse thought. Since then, we've created an ongoing cadence and calendar of activities and initiatives to help the women of DailyPay to succeed. Whether that looks like bringing in external speakers, providing networking opportunities, creating clear leadership tracks or fostering dialogue with executive leadership, we’ve built our entire curriculum around that mission. 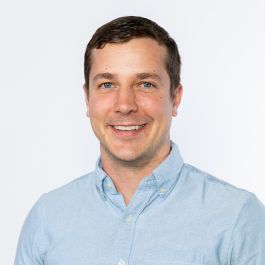 Senior Director, Market Strategy Josh Jackson: DailyPride really grew organically, and then we put a structure around it.

We focus on three pillars. The first is visibility. Being LGBT is a little bit different from certain other classes of individuals because you have to actually come out and tell people that you are LGBT. Visibility is a huge subject that affects our community. We put on and coordinate events that try to promote visibility throughout the organization.

The second pillar is having a network of support throughout the organization. We put on events to increase the organization’s understanding of what it’s like to be in one of these communities.

The third is a service component. We engage with and serve the community in order to give something back. We’ve done fundraisers in conjunction with organizations like the Ali Forney Center here in New York, where we’re raising funds for homeless LGBT youth. 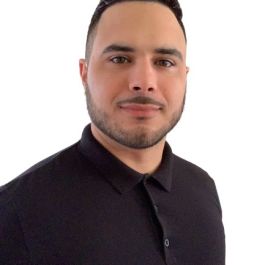 Enterprise Partnership Manager Nicholas Crespo: In the scheme of DailyPay’s ERGs, DailyVida is just getting its feet on the ground. Although we just launched, we definitely aspire to DailyWomen and DailyPride’s maturity.

I’ve been with the company since January. In that time I’ve been able to see a lot of the events and educational resources that DailyPay’s more mature ERGs offer. The reason we started DailyVida in the first place is that when I first joined and found out about all these amazing resource groups, I was surprised to see that there was not a Hispanic or Latin resource group.

It was an opportunity for me. We started DailyVida with the mission of cultivating and inspiring Hispanic and Latino employees and allies — in an effort to promote the cultural diversity and professional development of our members.

How do ERGs share information and interact at DailyPay?

Crespo: It’s one thing to be seven individually strong culture groups; it’s another thing to be a unit altogether. And that’s really what the next phase of the ERG culture is at this company. We (Jaime, Josh, myself and other ERG leaders) are working to become much more collaborative — because not only do our individual victories eventually become group victories, but we are also all already part of each other's lives. DailyVida has LGBTQ members and Black members. Some of our members are also in DailyPride and DailyWomen and our other ERGs. And so our goals align in many ways.

We know that each ERG has its own individual goals to accomplish. Growing stronger collectively helps us accomplish these goals, as well as the wider goals of the organization.

McDougall: Intersectionality is super important. People share multiple identities and come from a variety of backgrounds. It’s expected that we, as ERGs, share and promote each other. The spotlight may be on an ERG’s heritage month or heritage week, for example, and all of our groups will support that with its own initiative in a unique way.

In terms of how we work with executive leadership, this is an evolving area and probably the biggest area of opportunity for us. Our people team has outlined four pillars that they want to infuse into ERGs and build a DEI framework around — talent, culture, business and community.

We’re working on how we attract diverse talent and help it develop. From a cultural perspective, we’re looking at how we ensure a great work environment for people of different backgrounds and identities.

Jackson: DailyPay is the first tech company that I’ve worked for, and it’s always surprising to me that when we’re working with our clients they’re not just shopping for a technology. Our clients want to shop for a group of people whose values align with their own.

On the revenue side, we’re building partnerships and relationships with a lot of Fortune 500 companies. Many of those companies chose us because they connect with our values. I think the next step for us as a company is to project what we as ERGs are doing into the day-to-day business of DailyPay.

What is an initiative that your ERGs are currently working on or a challenge that you are excited to be undertaking?

Jackson: One of the things that we, within DailyPride, identified recently is that our leadership group is very skewed toward white gay men. So we’ve been focused on how we do outreach within the LGBTQ community. We have launched a targeted campaign that we’re going to roll out toward the wide array of people within our community who are not represented in our leadership group.

October 19 was International Pronoun Day; we led a session on that. There’s also a Transgender Awareness Week in November, so we’re trying to promote visible support for the transgender community. We’re actually working with our employee benefits team to do an education session for folks on what kinds of open enrollment benefits might be available for transgender health issues that might impact transgender people’s lives.

Crespo: One of our main goals is to really take a look at the recruiting and the professional development of our members here at the company. It’s one thing to educate and highlight voices; it’s another thing to promote and develop that talent from our individual cultures. So one concrete goal is to develop a mentorship or leadership program and have something in place where we can recognize the talent from our ERGs and promote that talent so that we continue to develop diversity in management.

McDougall: What I’m attuned to right now is the question of how the women at DailyPay are thriving and how they would represent DailyPay as a place to work. What are the women’s job satisfaction scores at DailyPay? Are we attracting top women talent? And if not, are they going elsewhere? We want to foster opportunities for the women of DailyPay, and then we want them to go out and be our voice at events like NYC FinTech Women.

Our CEO is having active conversations with our leadership to understand what our vision looks like and how he can support it. And I see the executive leadership team and the people organization as sort of helping execute or empower us to run with those initiatives ourselves.

As a rapidly growing, global organization, our mandate keeps on evolving with the changing needs and the scale of the organization.

Get Alerted for Jobs from DailyPay, Inc.
Responses have been edited for length and clarity. Images provided by DailyPay.
Brand Studio