Unit21’s tools, technology and talent are helping fraud-fighters vanquish foes and conquer crime.
Written byRobert Schaulis
Robert Schaulis
Staff Writer at Built In
Robert Schaulis is an author and journalist who has written on the subjects of agriculture, business and technology.

“We’re not the superheroes of this story. The risk and compliance professionals are.”

Aditya Vempaty is head of marketing for fintech company Unit21. Vempaty and his colleagues work to empower professional “fraud-fighters,” a term he has printed on a t-shirt designed in anticipation of a company-wide event dedicated to financial crime protection. The team aims to give clients the tools they need to comb through data, identify fraudulent transactions and shut down other financial crimes. In his capacity as a marketer, he works to “spread the gospel” of the work that fraud-fighters undertake — to lionize these humble heroes.

If this means emphatically adopting a supporting role, Vempaty and the Unit21 team are happy to do so. 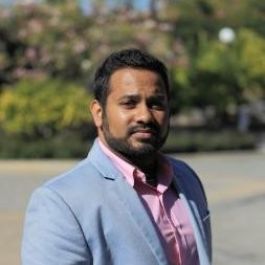 “We are the Yodas, the Obi-Wans who are here to guide risk and compliance professionals and give them the tools so they can go do the job they need to and be successful in it,” Vempaty said.

And while Vempaty and his colleagues could never be accused of suffering from main character syndrome, the Jedis at Unit21 are nothing if not motivated by the very serious impact that their work has in the real world — an impact that goes far beyond protecting clients’ bottom lines. By identifying and stopping transactions such as money laundering, Unit21 and the fraud-fighters the company partners with are helping to shut down an entire ecosystem of illicit behavior.

“When you can see money laundering happen and shut it down, it has a direct impact on somebody in real life,” Vempaty said. “The work that we’re doing stops people from being potentially kidnapped or trafficked. It stops drugs like fentanyl from hitting the streets and killing people. I get invigorated when I talk about it. I get emotional. It’s why we do the work that we do.”

Following a 2020 and a 2021 that saw Unit21 secure $13 million and $34 million in funding, respectively, the company is continuing to scale. Leadership is currently hiring across the breadth of the organization — including roles in engineering, product and go-to-market teams.
They're Hiring | View 10 JobsUnit21 is Hiring | View 10 Jobs

More Than a Whack-a-Mole Approach

CEO and co-founder Trisha Kothari first encountered the pervasiveness and serious implications of financial crime while working for an online lending platform — an early practitioner of buy-now, pay-later lending. As Kothari and her colleagues worked in the developing BNPL market, she saw a profusion of fraudulent schemes intended to prey on the nascent market, its companies and its users, first hand. 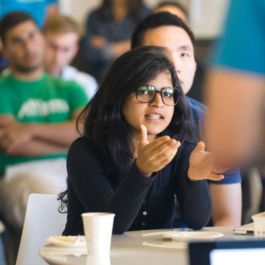 “I realized that, ultimately, fraud and money laundering are continuously evolving. It’s not something that is solved for once. It’s a constant game of whack-a-mole,” Kothari said. “Unfortunately, today, many of the teams that are supposed to work on these financial crimes are not equipped with the data and capabilities to be able to do their best work.”

Even with an abundance of data and an embarrassment of resources, companies as well-established and sophisticated as PayPal — who recently discovered 4.5 million fraudulent accounts implicated in a referral fraud scheme — can be overwhelmed by the volume and the constantly evolving pressures of financial crime.

Kothari and co-founder Clarence Chio saw the need for a no-code platform designed to empower risk and compliance teams, allow them to quickly and efficiently recognize fraudulent behavior, make modifications and stop schemes before they reach fruition.

Laura Kassovic, head of research and technical writing, is tasked with understanding the nature of scams past, present and future, and finding new ways Unit21 can expand on the scope of its mission.

“There’s always going to be another form of scam, and we want our users to be able to stay ahead of them,” Kassovic said. “Scammers always seem to be one step ahead. There are romance scams, credit card scams. You may have read about a Keurig cup scam.” 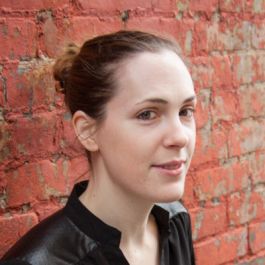 Fraudsters are nothing if not nimble and numerous. And while these atomized scammers are constantly probing and prying at security infrastructure, even large and sophisticated organizations fighting against these adversaries are oftentimes put at a disadvantage because they don’t share data and strategy.

“The latest scam is already on YouTube. All the scammers talk to each other. They share their know-how. And they learn from each other,” Kassovic said. “But all of these companies afflicted by fraud and financial crime don’t talk to each other. They don’t share how to combat these latest fraud schemes. There’s no huddle. So Unit21 is attempting to bring all this learning together and enable companies to share ways to fight the latest scheme. We’re finally giving them a place to share how to fight fraud. And we're giving them a way to keep up with the fraudsters.”

It’s almost impossible to overstate the scale of the problem that Unit21 addresses. To date, the company has monitored over $250 billion in transactions, saving its clients more than $1 billion in fraud loss and money laundering.

“Unit21 has a mission that’s very real. It’s concrete. It’s measurable. We can actually tell you each year how many billions of dollars we’ve reported to the government. We’re not this abstract idea,” Kassovic said. “When you have an engine that can take any kind of data and flag it, then let a fraud or trust and safety team review that fraudulent act and take action on it without needing any code, then we can enable people to do a lot of really powerful things.”

In an effort to stop more bad actors, protect more users, and to conscript more companies into the fight against fraud and financial crime, Kassovic and the Unit21 team is exploring ways to expand.

“My role is to look at what we have now and what we can do with our platform in these different sectors. I think it’s pretty limitless. We’re expanding the platform into new spaces and new verticals that can benefit from what we’ve already created,” Kassovic said. “We’re looking at marketplaces like Uber and other ridesharing services where people are using ridesharing for nefarious uses like dealing drugs. We can use our technology to flag these suspicious transactions and ultimately stop them. It doesn’t have to be a monetary transaction; it can be user actions; it can be content. There are so many ways we can grow our technology. For me, being at the forefront of it all doing research is super exciting. I could not be in a better place right now.”

Ultimately, for Kothari and the Unit21 team, abstractions and metrics of success are a testament to the work that they do. But it’s the ability to protect people, to ameliorate suffering on a personal level, that informs the company’s mission. Unit21’s cri de cœur is ultimately about protecting people from the very serious implications of financial crime and other fraudulent activity.

Kothari recalled the particular story of a burgeoning romance between a client company’s end user and a military service member deployed to Afghanistan — a romance that ultimately proved to be a scam to defraud the user out of thousands of dollars.

“It was so sad to see someone who had been so badly misled into a situation of potential hope. The company could not really stop this fraud and exploitation because they didn’t have the tools or the empowerment,” Kothari said. “That’s really what they’re trying to solve with Unit21. It makes us fight the good fight and continue to work hard to make this a reality — because this actually matters. And not in a way of a Silicon Valley cliche or a generality about how we're going to change the world. It has real-world impact to real people facing real problems.”