Starburst’s Team Is on a Mission to Improve Diversity in Tech Sales. Here’s Why You Should Care.

In September, Starburst CRO Javier Molina wrote an article for Forbes entitled, “Four Ways to Enhance Your Hiring Strategy.” One of those steps was to prioritize diversity — and mean it.

When Christine Nolan heard that, she was skeptical. 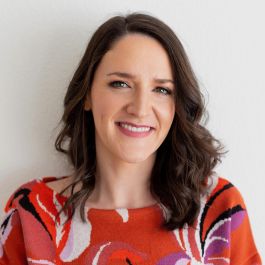 “I wasn’t actively looking for a new opportunity, but I had worked with an awesome Dallas-based recruiting firm to hire managers for my team,” she said. “I told them to let me know if they came across a company I’d work really well with, and one day they found someone for me to talk to.”

That someone was Molina. Nolan had always had a passion for diverse hiring, and had made it a priority in her previous role — after all, as a leader in enterprise sales and tech, she was often the only woman in the room. She’d been told that Molina shared that passion, but she took that information with a grain of salt.

“I called him out a little bit,” she confessed. “I said, ‘Javier, you say this is important, but what are you doing to prove it?’”

His response, according to Nolan, is the reason why she joined Starburst.

“He pulled up this presentation where he had done all the numbers on where we were, where he wanted us to go and why it was important,” she said. “It made me realize that this person not only recognizes that diversity is important, but that it’s something he’s cared about for a long time — and he is actually doing something to change the future of the industry.”

Diversity in Tech, According to Built In’s 2021 State of DEI Report

“I wasn’t looking for a new opportunity, either,” he said. “But Marissa Walden, Global SDR Director at Starburst, reached out to me and said they were looking to build a diverse team and wanted me to come on as a leader.”

As a Black leader in tech sales, Smith is used to being one of few people of color in his workspace but Molina’s commitment to diversity is changing that — and not just at Starburst. Molina and his team are confident that their work is the beginning of a larger, more long-term change. 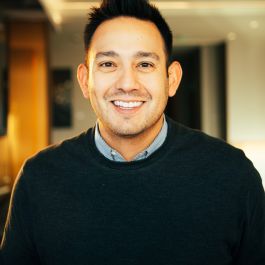 “There’s a diversity gap when it comes to software, certainly enterprise sales,” Molina said. “And it was done inadvertently because of the way hiring was done where diversity wasn't as much of a focus and the awareness and availability of software sales roles wasn't as well known for all candidates. I think I’m an example of this; going to a smaller university myself, I had no idea software sales was a career path. I thought ‘tech sales’ was just Dell or AMD. So I think there’s a lot of that out there.”

Molina theorizes that it’s a problem of inertia: When things are one way, they tend to stay that way unless acted upon by an outside force. He aims to be that force, and thus change the direction of hiring for years to come.

“The real opportunity for us is not just to hire present-day sales leadership and diverse sellers, but also to build the future,” he said. “If we hire and develop 100 to 200-plus people into the technology landscape that had no idea that was a career option for them, and then give them the opportunity to grow their career through Starburst, we’ll have a greater impact on technology as a whole.”

“Building a diverse org is a huge differentiator, but that isn’t necessarily why I joined Starburst,” said Molina. “I was looking for a company that had great people, was in a very large market and had great investors that were taking an SaaS product to market. Mix all that together, and you’ve got a great technology company with tremendous long-term potential. That then provides us an opportunity to impact diversity long term.”

That lofty mission has to start from the first step of the hiring process: recruitment. In order to create a diverse team, Starburst strives to reach out to people not just of different races, genders and sexual orientations, but also backgrounds and life experiences. James Smith, whose team is primarily made up of those early in their tech sales career, is a firm believer in giving everyone a chance to thrive in tech sales. 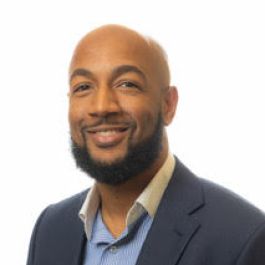 “I have sellers on my team that identify in a number of different ways, and many of them have never sold before — some are just out of school and some are career changers,” said Smith. “We don’t want to prohibit someone from being great — and there’s greatness in everyone, if you give them the opportunity.”

To extend that opportunity, Smith and his team have partnered with local colleges that have high Hispanic enrollment and historically Black colleges to connect students and organizations to Starburst.

“I’m going out into the community and being a constant spotlight of what opportunities there are in the organization,” said Smith. “I’m showing them that the face of technology isn’t just one face — it’s great people, not great people that look a certain way.”

In addition to being a person of color, Smith is a veteran and participates in Starburst’s veterans employee resource group (ERG).

“We don’t want to prohibit someone from being great — and there’s greatness in everyone, if you give them the opportunity.”

Hiring people with less-traditional backgrounds into tech sales has major benefits, which is something Molina knows from experience. He began his sales career selling security systems for home builders, unaware that software sales was even an option — and now, he’s a CRO with a history of success.

“People make early career decisions for various reasons at that particular time of their life, and then they get put in a box and excluded from further consideration for those decisions,” said Molina. “As a hiring leader, you need to see through all of that and balance experience with potential. Are they smart enough, do they work hard and are they coachable to learn what you’ll need them to?”

Companies have to train new hires regardless of their experience level. According to Molina, any company of Starburst’s size worth their salt will put seven figures worth of funding into training. As such, it’s worthwhile to prioritize a person’s ability to learn and grow, rather than whether or not they come from tech or sales previously.

“That, to me, is how you hire the best diverse talent available and differentiate yourself from the pack — you open up a whole new pipeline of talent if you can do this successfully,” he said. “If you hire people based on experience, you hire people that look the same and come from the same places. I’ve worked for companies where most all sales executives come from one or two companies and the decision making reflects that.”

While Smith is responsible for the beginning of the pipeline, Christine Nolan directs her diversity focus toward managers. Her task includes not only hiring diverse leaders herself, but helping current managers hire and care for a multicultural team.

“I know hiring a diverse team is important,” she said. “But if I don’t teach anybody else about it, and they don’t value it intrinsically, then I’ve failed — it’ll just be a flash in the pan.”

Nolan’s role in keeping the diversity pipeline flowing upwards into leadership is just as important as Smith’s role in starting the flow. Nolan knows this from experience — she’s been impacted positively by women in leadership roles, and has impacted others in turn.

“I have five-year-old twins, and I definitely would not be here if I didn’t have a woman mentor who returned to work when she came back from maternity leave,” she said.

For Nolan, that guidance from her mentor trickled down to others by means of Starburst’s women’s ERG. By sharing her experiences, Nolan could guide other women in the group through their own trials.

“After a recent meeting, someone thanked me for sharing how I balanced having twins and working — she was thinking that she couldn’t have kids because she wanted to focus on her career,” Nolan explained. “We’re building a support network to help each other through challenging times and make sure people continue on their desired path. I’m thinking about the kind of environment I want to create for my daughters. I want them to be sitting in a room with people from all walks of life, where nobody is thinking, ‘I’m the only x-y-z person here.’”

“I’m thinking about the kind of environment I want to create for my daughters.”

For Nolan, Smith and Molina, that’s the ideal future — not just at Starburst, but throughout the tech and sales industries.

“It’s not lost on me that people won’t work for us forever,” said Molina. “If we have people working with us for two-to-five years — hopefully longer, of course — they can get really good at selling and go become a leader somewhere else — senior enterprise sellers, VPs of sales, anything like that. We’re not just high diversity for us, we’re also training diverse talent to be great at other companies.”

In his Forbes article, Molina highlighted why diverse talent improves growth and creativity for individual companies. But the broader benefits of Molina’s efforts — and the efforts of any company that intentionally prioritizes diversity — is a world where everyone has the opportunity to succeed in whatever field they can imagine.