Home Improvement: How Qualia Sets Engineers Up to Build the Future of Real Estate

San-Francisco-based Qualia has a “voracious appetite” for engineering talent, with a roadmap in place to address a fragmented real estate industry.
Written byJeff Kirshman

The first time Sarkis Varozian encountered Qualia — a startup that had been building digital infrastructure for real estate and mortgage transactions since 2015 — he was buying a home and the escrow company that was supporting him used Qualia for its real estate transactions.

This wasn’t Varozian’s first real estate purchase, and during his previous purchase the senior software engineer had concerns about how the process unfolded. He couldn’t help but notice how frequently agents emailed sensitive documents and information back and forth with so many different people. 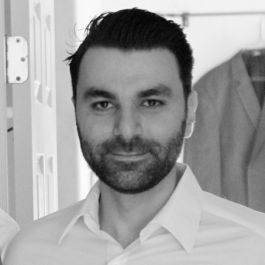 “As a developer who knows how insecure emails can be, I was kind of cringing at the number of sensitive documents that were being emailed in the transaction,” he said.

Not only was he concerned about how insecure that process was, but he felt in the dark about where everything was in the process. Updates were infrequent and he rarely saw the paperwork he was responsible for understanding and filling out. Even his agents seemed stressed over the high volume of manual, complex work they were doing. Not only was it stressful, but the process seemed so chaotic and inefficient.

So when he got to experience the homebuying process using Qualia, he was amazed how different it was. His agents seemed calm and in control. He had visibility into what was happening and confidence in those who were supporting him in the transaction. It felt much more like a modern purchase experience, aligned as it was with Qualia’s mission of powering a simple, secure and enjoyable homebuying experience.

“Looking back at the different real estate transactions I’ve done, the old way seems pretty archaic now that you compare the two,” Varozian said. “The amount Qualia has changed the way buying a home works is definitely something you take for granted once you start working here.”

Locking Hackers Out of Home Sales:

It’s a trend that’s become alarmingly familiar: homebuyers losing thousands of dollars to cyber thieves who hack into transactions, masquerade as real estate agents over email and trick victims into sending down payments overseas. Qualia aims to stop the scam by providing software with a digital “safe room,” allowing only trusted and verified participants inside and keeping their clients’ information secure.

These sentiments are part of why Qualia has been able to amass a user base of more than half a million real estate and mortgage professionals closing more than 1 million home purchases and refinances a year.

It’s an area ripe for transformation. Data from Homes.com shows that nearly 40 percent of first-time homebuyers found the experience to be the most stressful event of their lives, with mountains of inscrutable paperwork serving as the main source of their mental strain. For Varozian, stats like these reinforce the huge gulf between how he felt during his first transaction and his second.

“That was the mind-blowing moment for me. Why isn’t this something that’s been standardized across the real estate and mortgage industries?”

“I loved the user interface, just having a tracker as a homebuyer to know exactly where I was in the process, and then also how seamless it was,” Varozian said. “That was the mind-blowing moment for me. Like, why hasn’t this been a thing before? Why isn’t this something that’s been standardized across the real estate and mortgage industries?”

If Qualia’s accelerating momentum continues, it someday will be. Founded by a team of engineers seeking to transform how complex real estate transactions work, the San Francisco-based company aspires to become the system of record for real estate and mortgage transactions.

From Co-Founder and CEO Nate Baker on down, Qualia’s engineering culture permeates every aspect of the company as it continues to expand from the core pillars of its business to other areas of the real estate space.

“For the first time, I’ve seen it done right. If something happens to one of the systems, it just fixes itself.” 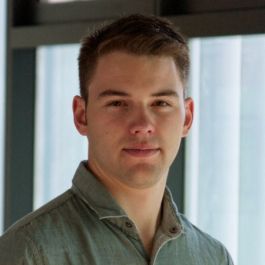 “Our cofounders spent a lot of time focusing on the developer experience before we started developing the product,” said Director of Engineering Eric Birdsall, who has been part of the company’s growth since its early days. “If you look at it from then and now, we have grown and evolved a tremendous amount. I’m excited about what’s next.”

Qualia’s ability to adapt as it continues growing stands as one of its greatest virtues, said Lead Engineer Nick Miller, who joined the company after an eight-year stint at video game giant PlayStation. 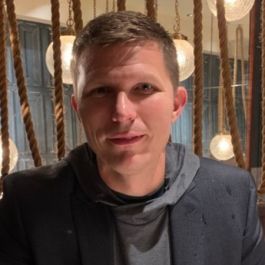 While the company has a “voracious appetite” for engineering talent, Miller said, with a roadmap in place to build connections within the fragmented real estate industry, “there is still flexibility to act quickly. If there’s a problem, or if you need to push something through faster than what the process is designed for, there are valves in that process to allow for it, which is great.”

“What I found after I joined was exactly what I was promised.”

Qualia exists to solve complex problems within real estate and mortgage workflows — and that service extends beyond its enterprise customers to its engineers. Whether it’s implementing command-line tools to automate workflows or architecting applications that optimize developer productivity, the team at the digital real estate closing platform fosters a culture of high autonomy and alignment, enabling its engineering team to lead innovation within the industry.

“You hear a lot in engineering circles about self-healing systems,” Varozian said, “and these are the systems that are running Qualia, with the different applications and services that these developers are going to be working on. This is something where, for the first time, I’ve seen it done right and it makes our work so much better. For instance, we’re architected so that if something happens to one of the systems, it just fixes itself. You might get an alert, but by the time you go look, it’s already resolved.”

Varozian expressed a similar appreciation for Qualia’s approach to transparency. That has been apparent everywhere from the interview process to Qualia’s regular town hall meetings. Throughout his recruiting conversations, Varozian enjoyed talking directly to engineers who gave him a greater understanding of what they’re actually building. This stands in stark contrast to the typical job application process, which can be a stultifying one, leaving participants awash in information and yet compelled by none of it.

“We talked early on about the things they still want to accomplish and some of the upcoming initiatives that I might be able to tackle if I were to join the team,” Varozian said. “Having that transparency upfront — because you know as a jobseeker that you’re not going into a situation where everything’s automated and perfect, because they wouldn’t need you then, right? — it really helped with my decision-making process. What I found after I joined was exactly what I was promised, which was super important to me as a jobseeker.”

“Since the beginning, we’ve always said that we like to hire conscientious hackers.”

Birdsall noted that the team takes their responsibility to support users through one of the most important purchases they may make in their lives very seriously.

“Since the beginning, we’ve always said that we like to hire conscientious hackers,” Birdsall said. “We like people who are innovative and willing to go the extra mile to get something done.

The focus on innovation at Qualia appears to have paid off. The company has been valued at more than $1 billion following a $65 million Series D funding round, according to reports, with leadership predicting that the biggest transformations in real estate and mortgage are still yet to come.

“I believe that the business is doing so well because we are genuine in everything we do,” Miller said. “The direct impact we’re having is really important, and it’s definitely helped me get behind these pretty ambitious goals as we go from a small, scrappy startup to scaling out with a lot of resources focused solely on that goal. We have a lot of big plans on our roadmap and lots more to build. Our hunger for engineering talent right now is absolutely voracious. We can’t get enough.”