The Most Brilliant Minds in America Are Thankful for Unanet’s Software. Here's Why.

Unanet’s team of engineers and UX designers are building frictionless software for industries like GovCon and Architecture, Engineering and Construction (AEC) — those that are ripe for disruption.
Written byBrendan Meyer

Assad Jarrahian knows that government contracting is probably not the first space a budding engineer or user experience designer might think to disrupt. But Unanet’s chief product officer thinks it should be.

And these industries need it.

“Oftentimes, our customers are stuck with this antiquated software that looks like it's still lost in that Windows 95 era,” Trista Whitehead, Unanet’s director of UX, said. “How do we make something that is more intuitive, modern and makes their experience as frictionless as possible?”

That’s the question that Unanet is seeking to answer every day. And with customers who are some of the most brilliant minds in America, the stakes are high. 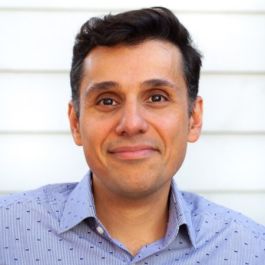 “They’re a diverse set of users, from rocket scientists who are contracted out to NASA, to defense contractors who are working on the next version of defense when it comes to protecting our country at large,” Jarrahian said. “We are helping some of the most well-educated, meaningful people who are trying to do a good thing for our country.”

Built In sat down with three Unanet team members to learn more about the impact of their work, and what it’s like to work at the organization.

How does your work impact Unanet’s customers?

Trista Whitehead, director, user experience: The customers who work in the industries that our software is meant for don’t typically have a say in the software they use for their day-to-day activities. Since these industries normally use antiquated software, these customers are stuck using it. And that’s a problem. Especially since we’re moving into this next generation of the workforce of millennials and Gen Z’ers who’ve been raised with modern day technology — smartphones, PlayStations, tablets, etc. At Unanet, we’re allowing these customers to have access to something that’s frictionless and more intuitive. 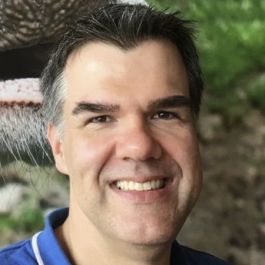 Chris Smouse, VP development - CRM and integrations: The goal is to simplify our software. So many enterprise software products of a certain age have tons of knobs and settings that it can be a configuration morass. That term — enterprise software — not only connotes a Windows 95 metaphor, but also a sense of complacency and apathy among enterprise software vendors. These vendors know it’s difficult to displace their software, so they just get lazy. At Unanet, we adopt a startup mindset instead. We focus on responsiveness and quality, and that responsiveness comes in the form of more frequent software releases than you might see from a typical enterprise vendor. We deliver about 12 releases a year. You don’t see that from a lot of enterprise vendors.

Madhavi Jasti, VP development - ERP: Simply put, our software automates and solves the complex business problems that our customers and users have. This leads to a culture of experimentation at Unanet — we’re always trying to improve our product.

Unanet’s mobile apps utilize a user-driven approach to inform feature updates. How so?

Whitehead: The ultimate goal was to add value for our customers, so I spoke with six of our core customers to learn what we could put into the mobile app that would make an impact. The response I heard over and over again was timesheets. Government contractors have to enter their time on a daily basis, and our customers were having a hard time getting their employees to do that. And when I spoke with some of these employees — the actual end users who are entering their timesheets — I kept hearing that the reminder emails get sent to spam. So when we put out the mobile app, I added the ability to set up your own timesheet reminder. When you downloaded the app, there’s a welcome page, and then the next screen is a way to set up a reminder for your timesheets. 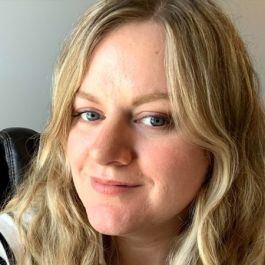 The app has been out for a little more than a year. It has 2,200 reviews on the Apple Store and a 4.8 star rating. One of our customers at our user conference recently said he has seen a 95 percent daily compliance rate of daily timesheet entry, compared to the 20 percent they saw prior to the app.

Jasti: That’s one of the best parts that came out of these apps — the success of the user-driven approach. Now, my team is using that same process for many of our other initiatives as we work on the transformation of front-end development, usability and user experience for other features in the product. It’s so important to do user interviews and talk to them about how they use the app for their daily activities, and what problems need to be solved.

How does internal mobility affect product development at Unanet?

Smouse: Unanet is a relatively flat organization. Being able to have that visibility and transparency up, down and across the org helps me identify opportunities based on what people are looking for. On a few occasions, Madhavi and I have said to each other, “Hey, I need some skills from somebody outside of my team for this integration. Can you help?” There’s side-to-side mobility, and then because we’re growing at such a fast rate, we’re also grooming and developing the next generation of leaders who want to move up into those roles. We even look for those traits when we recruit — our first conversations explain that we’re not just hiring for today. We’re looking 18 to 36 months out. 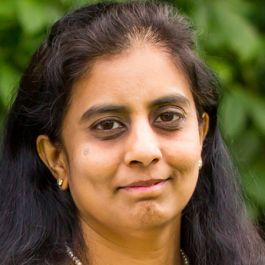 Jasti: For example, some of our developers were interested in going from the Java backend to working on frontend React. So we gave them an opportunity to learn React and start developing and building. Now they’re experienced developers on React and contributing toward our features. Simultaneously, we had a team lead who had a passion to grow into a managerial track. We gave her an opportunity to grow into director of product development for the GovCon product. Now, she’s leading and empowering our team for the webapp and the front end teams.

GOVCON IS SEXY, TOO

Whitehead understands why many budding UX designers are looking to get into the e-commerce and social networking industries — they’re sexy! But she’s glad her career didn’t wind down those paths. “Because if I was in e-commerce, I’d be trying to figure out conversion rates on checkout and how I could get people to spend more money. If I was in social media, I’d be trying to figure out how to get people to change their habits and stare at the screen longer,” Whitehead said. “At Unanet, I’m trying to figure out how to make employees more effective and make their lives just a little bit easier. I feel like I have more of an impact in my role right now than I would have ever had when I first got out of college thinking that I should go work for some of the bigger, sexier companies in the world.”

What does culture look like on the product development teams and how does that impact day-to-day work?

Jasti: We have a culture committee, which drives multiple activities like our book club. We also have employee resource groups like Women at Unanet or Parents Network Group. Recently, I went to a STEM for Her event where I had the privilege of sponsoring girls who are interested in STEM.

Smouse: Our culture is built on trust. The book, The Five Dysfunctions of a Team talks about the hierarchy of what a high-performing team looks like, and at the foundation of that is trust. To get there requires candor. We have a lot of respectful candor within our teams. We call things out when we see something wrong. We really work hard to get it right; not because we want to be perfect, but because we know that the pursuit of excellence is going to end up making a difference in our customer’s life, and ultimately, employee’s life.