At Armorblox, ‘People-First’ Means Thinking of Employees as People, First

Armorblox is where employees harness the power of tiny gains to build something bigger, together.
Jeff Kirshman
Jeff Kirshman

Preet Kumar was putting the finishing touches on a client’s customer onboarding process when she realized a previously jilted feature hadn’t been turned off as requested.

The senior director of growth and customer experience glanced at the clock and weighed her options. Armorblox, the cybersecurity company where Kumar works, typically requires 24 to 48 hours notice for its engineers to handle similar demands. But with the customer call scheduled for later that afternoon, an accelerated timeline was necessary.

Kumar knew she faced an uphill battle, but she also knew help was on the way. Rather than fixate on the error or assign blame to the mistaken colleague, Kumar contacted Adam Burns, a site reliability engineer for the company’s email security platform, for a much-needed favor. 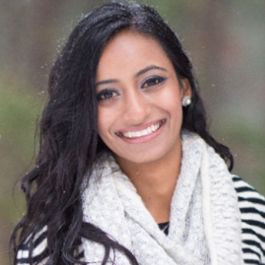 “Adam and I had never had a one-on-one conversation, but I felt like I knew him and his personality just by seeing his engagement through Slack,” Kumar said, recalling a recent company event where Burns donned a customized apron during a virtual cooking demonstration.

“When I connected with him, it felt like I was talking to a real person and that we were coming at each other from a place of good intent,” Kumar continued. “Something that could have turned into a lot of finger-pointing instead became a situation of mutual understanding, and everything was resolved smoothly before the customer call.”

Burns’ response was noteworthy for several reasons, the first of which was that for most people at Armorblox, it wasn’t noteworthy at all. The California-based company has taken great lengths to foster collaboration between its employees, creating a collective sense of purpose that keeps team members engaged despite a largely virtual office setting.

This commitment to culture has created an intensely felt reciprocity between Armorblox and its employees. While team members make a concerted effort to appreciate each other’s contributions and cherish the absence of departmental conflicts, the culture’s evolution dictates that such attitudes should also be expected.

“We don’t want to just contribute to a company. We’re here to build something together.”

“One of the reasons people join a startup is to be a part of something bigger,” Kumar said. “We don’t want to just contribute to a company. We’re here to build something together.”

Built In caught up with Kumar, Burns and Production Engineer Holly Pike to learn more about Armorblox’s approach to company culture, and how investing in employee happiness translates to an improved customer experience.

What steps has your company taken to foster a people-first culture?

Burns: A big part of our culture stems from the Better Together activities that we do. We recently made boba tea, which I wasn’t able to attend, but it’s always nice to get that care package every month and learn, “Hey, we’re about to make tie-dye,” and meet with the rest of the company online, or the Brazilian dessert called brigadeiro we all made as a group. It’s really fun, and it really connects the company together.

“It’s not about the activities. It’s about the bonding and the organic engagement that stems out of it.”

Kumar: I love those, because I get to learn about different people, and then it’s like, “Oh, Fruit Loops is my favorite cereal, too!” That organic engagement, especially when we aren’t interacting in hallways as much as we used to, creates some of my favorite interactions, and they’re also a reminder that being “people-first” means understanding that we’re people, first.

To me, that’s what culture is. It’s not about the activities. It’s about the bonding and the organic engagement that stems out of it.

How do you achieve such an empathetic company culture?

Pike: On the one hand, it doesn’t seem that difficult. Things are better when people are nice to each other. But if we really walk through the dominoes that had to line up for those things to be the standard, it becomes something more. First, you need a customer team that’s willing to say, “Hey, we messed up,” and that has to be OK. That lays the groundwork for an engineering team that finds value in their roles and feels appreciated for what they do. So while it’s very simple and very basic, you also need to have a lot of things go correctly for that simple interaction to happen the way that it did. 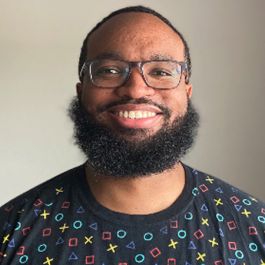 Burns: Like Holly said, it’s not profound. But it’s still refreshing to see. Coming here from previous companies, I feel more empowered to try new things and increase my competency with tools I’ve never touched before. Knowing that you’re on a team that’s open and flexible, with people who have different specialties, it’s really nice to have that feedback loop, because that’s how you get to a company where everyone is just treating you with kindness.

Armorblox culture at a glance - The company’s core values include:

How are employees empowered to help shape or participate in the company culture?

Burns: I feel like I’m actually being heard. If you need to provide feedback on any sort of process, whether it’s specifically on the engineering side or about the company as a whole, there’s a sense that it’s going to be taken seriously. An example that comes to mind is a conversation with our people team here that resulted in the opportunity to help organize activities for Black History Month. It was completely voluntary, but they wanted to know what ideas I might have in mind, and it led to a lot of great discussions around topics that felt important. I really appreciated the company’s willingness to listen and give me a voice to be heard. 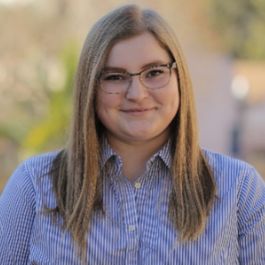 Pike: So many of the activities we do start with somebody saying, “Oh, I really like it when my kids get to participate,” and then the next month we have something like a LEGO set their kids can join in on, or someone brings up that we haven’t had a happy hour in a while, and the next thing you know we’re doing a cocktail mixing session.

It’s not just the team coming up with fun ideas. It’s a two-way street where there’s a dialogue and a willingness to change directions and do something different. Because the only way to get people involved is if they feel like it’s something they can care about or create. You have to want to be a part of what’s happening, and I think we do that really well.

Kumar: Employees get to be involved. That was one of the key things for me when I was joining Armorblox. I wanted to help build the culture, which is something you don’t always get at larger companies, where you’re just getting the remnants of what’s already in place. Here, we can actually influence it, change it and make it better to make sure it continues to evolve as the company evolves.

Ahead of the curve

Armorblox is proud to have an industry-leading product, a gender score that ranks in the top 20 percent and a diversity score that ranks in the top 30 percent, according to Comparably. Armorblox was awarded Great Place to Work, Omni Award for Outstanding Wellbeing and Benefits, Best Company Leadership, Best CEOs for Diversity, Best Company Compensation, and was featured in the 2019 Forbes AI 50 list and was named a 2020 Gartner Cool Vendor in Cloud Office Security. Armoblox seeks to celebrate diversity and cultivate unity. Employees are always looking for ways to strengthen their DEIBA initiatives and strive for that extra degree of excellence because diversity makes the company stronger.

How does company culture influence the work you do?

Kumar: Being a small company, you have a real impact. What you do is very noticeable, and what you don’t do is also very noticeable. So I think always trying to lead by example, regardless of your role, is really valued here. Everybody is willing to step up because everybody can see that they have an impact on the company, the culture and the business.

“Everybody is willing to step up.”

Pike: There’s a really nice feeling of accountability that comes from getting to know each other and caring about each other. I genuinely know my coworkers, so when it comes to doing my best work, I know that it’s not just going to impact me and that I’ll feel good about my day, but it’s going to impact the company positively and affect whether my teammates are in a good mood as well.

That sense of caring about each other — not in a creepy “we’re a family” way, because frankly I think that can be a little bit toxic — but knowing that if we all do our best work that we’re all succeeding together. There’s a bond we’ve made by getting to know each other that makes our work meaningful in a way that isn’t always easy to find.

Burns: We want you to be happy — mentally, spiritually, all that good stuff. That can mean telling someone you hope they’re having a good day or reminding someone to take a break because they’ve been sitting in front of a monitor for three hours. It’s the little things like that — the ants and the mosquitos, as my old football coach used to say — that can really get you, and Armorblox goes out of its way to help alleviate that stress and put us in positions to succeed.

What does it mean to know your company is invested in you as people?

Pike: As a woman in engineering, I came into my professional life kind of bracing myself, assuming that I was going to have to fight to be taken seriously. And that’s not something I have to do at Armorblox. It was very refreshing to get here and have that be the feeling. I can speak up in a meeting and make my opinions known. I’m not fighting to be taken seriously or forced to prove myself before people will listen to what I have to say. For each employee, we have a baseline assumption of, “We want you here, we trust you, we think that you’re going to have good ideas, so bring it on.” It’s a very nice way to start a job, and to continue to see that grow as I’ve been here is a whole area of worry that could be on peoples’ shoulders that I just don’t have to worry about.

“Being here — and being heard — it changes so much.”

Burns: The word that comes to mind is “empowering.” When someone listens to you, you’re not alone. You aren’t siloed off. You’re not out in space while everyone’s on Earth doing their thing. Instead, you feel like you’re a part of something. One interaction that stuck out to me from my last job was, “Hey, Adam, you’re a rockstar,” which in reality meant, “Go be a rockstar and put out this fire that we aren’t going to help you with.” But being here — and being heard — it changes so much. Especially on a mental level, you can see people kind of losing their minds when their feelings aren’t taken into consideration. I don’t take it for granted. It’s a blessing in and of itself.