Investors cashing in on big data but risks remain 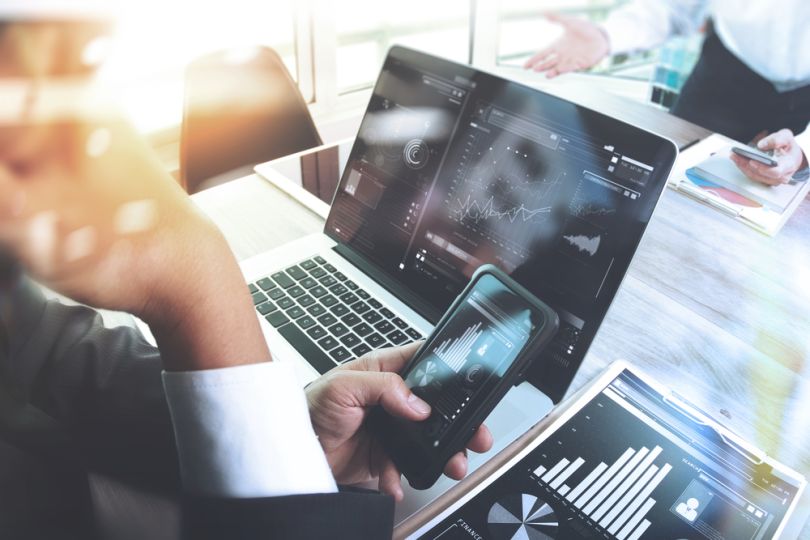 With examples ranging from Ph.D noting declining cell phone “pings” as an early death knell for the shopping mall to web-scraping company Thinknum spying as drop off in Tesla job listings prior to a company announcement of a restructure, big data is helping investors get creative in their bid to expand their sources of information as companies become more tight-lipped.

“This data is lying all over the place. If we can analyze it and figure out who’s really gaining market share, then we can make better investment decisions. Knowing exactly who is winning in the marketplace in real time is going to be a huge advantage.”

“This data is lying all over the place,” explained Michael Recce, who became the first chief data scientist at asset manager Neuberger Berman last year, to Barron’s. “If we can analyze it and figure out who’s really gaining market share, then we can make better investment decisions. Knowing exactly who is winning in the marketplace in real time is going to be a huge advantage.”

Research has been used in portfolio management for some time now, but this data is finally having a prime time moment.

Barron’s notes that a new division popping up at JPMorgan Chase called Intelligent Digital Solutions along with plans for the firm hosting its first “data science hackathon” this month. Ravit Mandell, the chief data scientist at J.P. Morgan Asset & Wealth Management, called it a “paradigm shift” in how the firm invests, according to Barron’s. Even historically conservative investors such as pension funds are getting in on this alternative data trend.

Privacy issues still loom large in this sector and regulation presents uncertainty. “I find it hard to believe that eventually this intersection between privacy issues and insider-trading issues isn’t going to be of some interest to folks like the New York attorney general or the Securities and Exchange Commission,” Jonathan Streeter, a former federal prosecutor and legal expert, observed to Barron’s.

“Ultimately, alternative data is just data,” Ashby Monk, executive director of Stanford University’s Global Projects Center, told Barron’s. “It’s only defined as alternative because we actually took the time to define conventional. We define it as the thing that is not commonly used in investment decision-making but which could have value.”