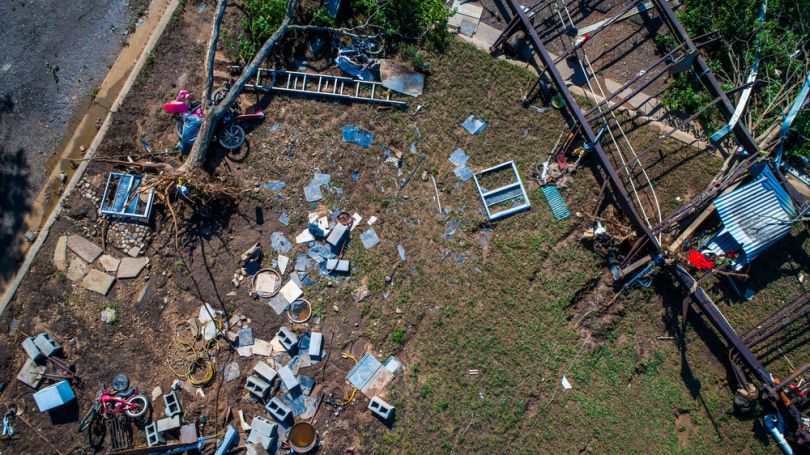 FEMA determines how much aid to administer based on applications for assistance, but this system overlooks those who lack the know-how or ability to apply, or whose damage has gone unrecognized. This problem prompted the Houston HCD to turn to big data.

“Houston’s been hit by five federally declared disasters in three years,” HCD director Tom McCasland tells Fast Company. “If the damage from these disasters is chronically undercounted, then we’re being chronically under-resourced for recovery. Harvey presented an opportunity to take on the problem of undercounting with this data project.”

Data consultancy firm Civis Analytics is taking on the challenge, pulling from existing city data as well as compiling survey data through outreach. “We focused on helping them understand, at a really individual level, exactly which households were impacted by flooding,” explains Amy Deora, Civis’s director of public sector analytics.

The numbers tell a sobering story: a whopping half of all Houstonians with flood-damaged properties were not on FEMA’s radar, resulting in an estimate off by $2 billion.

“The data will help us identify priority areas for starting our outreach for disaster recovery so that we’re prioritizing helping those people with the fewest private resources to recover."

Civis’ analysis also demonstrated that the lack of aid correlated with lower socioeconomic backgrounds. People from high poverty areas faced significant damage that would pose financial hardship to repair, but relatively more federal aid has poured into wealthier enclaves to-date. The traditional FEMA-centric system presents accessibility challenges for residents of lower-income communities for a variety of reasons, including English language barriers. Their model also found that the hurricane disproportionately impacted people with disabilities and seniors and also observed in a 15% uptick in homelessness after the storm.

“The data will help us identify priority areas for starting our outreach for disaster recovery so that we’re prioritizing helping those people with the fewest private resources to recover,” McCasland adds. His agency is using the data as a rallying point for fundraising efforts from housing projects to homeless services efforts. Meanwhile, Deora is confident that their model can add value to not only Houston’s recovery efforts for Harvey, but also propel disaster relief in other cities as well.