Big-Picture Thinking: Why Engineers at Babylist Work in Cycles Instead of Sprints

The Shape Up Method calls for six-week cycles followed by a two-week cool down period.
Written byBrendan Meyer
tech team outside on a lawn

Kristen Turner was applying for jobs two years ago when the product manager discovered something unique in a company’s job description.

The company stated it used a product development process called the “Shape Up Method.” Created by Basecamp, the method calls for six-week cycles followed by a two-week cool down period. This was radically different from Scrum, the mainstream Agile process that adheres to a one-week or two-week cycle.

“I found the Shape Up booklet online, read it, and thought, ‘This sounds amazing.’”

At the time, traditional Agile processes like Scrum had started to burn Turner out. They were rough on product managers, Turner explained, because the onus is on PMs like herself to constantly create work for engineers, leaving little time for longer term planning and strategic thinking. It felt like Scrum’s two-week cycle was an endless grind of, “don’t think more than two weeks ahead.”

The Shape Up method appeared different.

Turner was set on finding other companies that used Shape Up.

“I searched online and found a very small list of companies that claimed to use this process. I asked product managers and engineers in my network. But none of them had ever heard of Shape Up.”

Next, Turner thought she’d gently bring it up in her job interviews as a tool she was interested in trying. But because nobody had heard of it, she mostly heard vague responses about being open to new things.Turner finally stopped mentioning it and accepted that she probably wasn’t going to find a company eager to try out an esoteric product development methodology. Until she interviewed with TJ Moretto, the VP of Engineering at Babylist.

At the end of their interview, he offered her this tip.

“By the way, the entire product and engineering team is going to try a new process called Shape Up,” Moretto said. “So you need to read the booklet.”

Turner got the job. Since then, she has been loving the Shape Up process. And she’s not alone. In a company survey last fall, Babylist engineers said the Shape Up method was a big reason they joined the company and contributed to their loyalty.

Babylist’s baby registry drives purchase decisions for more than 8 million people each year. The company has been using the Shape Up Method for two years. One recent project the tech team worked on involved figuring out a way to let people send thank-you notes through their system.

Babylist
View Profile
We are hiring

What makes the Shape Up Method unique? 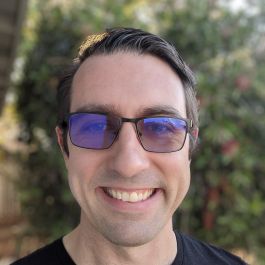 Engineering Manager Jeff Gaskill: A lot of companies use Scrum, where every two weeks, you do your grooming and you figure out the next set of tasks. But what makes Shape Up unique is we have the cooldown period between our six-week cycles. That allows engineers, product managers and designers to reset between pushes, clean up and tidy their work. The Scrum two-week cycle can feel like this endless hamster wheel. Every two weeks there’s a new slate of stuff and no time to reflect or prepare for the next big project. 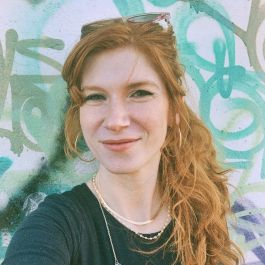 Product Manager Kristen Turner: Six weeks is the maximum amount of time for any given milestone or project. Not all projects take six weeks. They can be anywhere from a one-week project to a six-week project. So maybe we’ll stack a two-week project with a four-week project, followed by the cooldown. It’s just that six weeks becomes your constraint to prevent projects from taking forever. Because with Scrum-type work, sprint planning can become an exercise of dragging things that didn’t get done in the last sprint into the next sprint. There’s no mechanism to stop it. But with Shape Up, we actually factor in that caveat: If you don’t hit your timeframe, which is called “Appetite,” you stop. You don't keep going. You don't ship your project. And you start scope cutting in order to hit your deadline.

How has Shape Up impacted your role at Babylist? 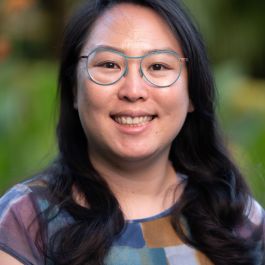 Senior Software Engineer Karynn Ikeda: It’s really elevated how much time I put into the technical design of a project. When you’re going from task to task with Scrum, you’re not really thinking high level or long term. You’re just completing tickets. But Shape Up forces you to plan and look at the code base to see if it’s actually going to take you six weeks, or if you see something that’s going to become a big blocker. When we implemented Shape Up, I started writing out my designs in more detail. That meant that before I started writing any code, I would already have feedback from people. It’s essential to receive feedback so early in a project. It creates efficiency.

Gaskill: As a manager, one of my main priorities is project estimation. Prior to using Shape Up, I would be asked, “How long is this going to take?” Now it’s, “Can you do this in X number of weeks?” That’s a huge difference. Engineers are notorious for being bad at estimating how long things will take. That’s because we only work on things that are complex and new. Shape Up has saved me a lot of hassle in preventing projects from being overrun from their scope and timeline. I think we dedicate more time to figuring out if something will fit into Appetite than other companies spend in their software estimation. But we have higher quality results, and it’s a lot easier for us to say that the scope is not going to fit within Appetite at an earlier stage. A lot of other companies will wander in and just start working on it, and then realize after they’ve wasted a month that they should probably stop. It’s been a huge relief to not have a bunch of angry people saying, “We’ve already spent so much time on this, let’s just finish it.” We know our timelines ahead of time.

Turner: I get to think more long term. I get six weeks of time to think about the work for the next six weeks. And I don’t do it alone. At most companies, the PM has to do a bit more alone, or you’re tracking down engineers and saying, “Hey, can you just double check that this would work?” But within the Shape Up method, there are dedicated “shapers.” I have a designer and a technical lead, and the three of us meet anywhere from two times a week to daily on how we might solve a problem. And it’s very important to me to work directly with my engineering team; it brings me a lot of happiness. I like to be deep in the weeds as I plan for the long term. This is the only process that has allowed me to do both.

What’s the biggest positive you’ve seen from Shape Up?

Gaskill: As a manager, there are a lot of big projects going on. I’m less directly involved with each one. But let’s compare it to a grooming session in Scrum. Engineers are provided a bunch of tickets that may or may not be related to each other, and I have to get two to five engineers to actually think critically about each one. It’s like pulling teeth. But I don’t see that with Shape Up. Each shaper is focused on an individual project as they're qualifying it, and they’re more engaged. They're owning a one-to-six-week problem, and being responsible for the technical delivery and making sure it can happen.

Turner: I’ve seen a lot of ownership from the engineers. When they present their work, they can tell you why they did it and what problem it solved. That’s not always the case with Scrum. This is an extreme example, but I’ve had times after a ticket was completed, I’d do UAT (user acceptance testing) and say, “Wait, there’s not even a button here?” And the engineer would reply, “It wasn’t on the ticket.” It got to the point where the engineer would read the task on the ticket and only do exactly what it said. So the onus was on the product manager to be incredibly pedantic about what to do. I don't have to do that at Babylist. Because everyone knows the problem and the goal, and we're all responsible for the solution.

Ikeda: I feel like the conversation between engineering and product is really fruitful. We all know the long-term goal — not just the technical details or implementation, but the actual goal. It keeps everything purposeful. Because when you’re working technically, it’s so easy to just get buried in the details. Shape Up lifts everyone to a higher level of perspective.

Tell me more about what happens during these two-week cooldowns.

Gaskill: Here’s a funny story. I once had a candidate ask if we really got two weeks of vacation every six weeks because they saw Shape Up in our job description. It’s not a vacation. But if you hit your deadline on the project, then maybe you use that cooldown to learn something new. Or maybe you want to refactor some code or add some additional tests. Maybe we need to upgrade a dependency or make some database query more efficient. The key is making use of the unstructured time. I challenge the engineers and ask, “What are the things that have been annoying you during your cycle work that you’d like to address?”

Ikeda: The cooldown is great. One of my colleagues used that time to release a new feature on Android. As an engineer, there are all sorts of things that annoy me that would never, ever get written up into a ticket. But with Shape Up’s cooldown, if I want to fix something, I can just write off a couple of tickets. I now have that time.

HISTORY OF SHAPE UP