Across the country, ultra-fast 5G connectivity is coming online right now. At the same time, businesses and governments alike are deploying vast new IoT networks (like autonomous vehicles) and newly connected business operations that require faster connections with higher capacity and lower latency. But the limiting factor in this nationwide effort is spectrum.

Faced with a finite amount of spectrum to support an exponentially increasing demand for wireless connectivity, service providers are in the process of freeing up new frequencies to use for data transmission.

Efforts are underway to improve the transmission distance for millimeter-wave 5G — or mmWave, as it’s known in the industry. In the last few months, UScellular, Nokia and Qualcomm Technologies conducted a series of tests that successfully transmitted 5G connectivity more than six miles — a world record. The test was conducted on UScellular’s commercial network in rural Nebraska.

In an interview with Built In, UScellular Executive Vice President and Chief Technology Officer Michael Irizarry explained exactly what the cross-company team achieved, how it changes the game for 5G delivery and how technologies like artificial intelligence create even more possibilities for wireless connectivity. 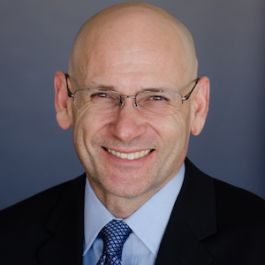 From a technical perspective, what did your team achieve during the recent network tests?

In a Q2 2021 mmWave network test, UScellular — along with Nokia and Qualcomm Technologies — set a new world record achieving near-gigabit speeds for distances of 10 kilometers, delivering high-capacity and ultra-low latency benefits associated with 5G mmWave to a wider customer base.

This significant milestone shows that Nokia’s 5G extended-range mmWave solution and Qualcomm Fixed Wireless Access Platform gen 1 enable mobile operators such as UScellular to address the connectivity gap in communities that previously were not serviced or may not have an adequate internet connection.

What was your team’s biggest challenge during this project?

Our greatest challenge was aligning internally and externally with our partners on what was possible with the technology and thinking differently about various solutions to get more from the technology.

“Mobile edge computing will help improve how consumers perceive speed when they interact with the internet.”

Are there any emerging technologies that you believe will help deliver faster internet in the years to come?

We believe artificial intelligence and machine learning will play a critical role in getting more out of the various technologies used to build networks that provide connectivity. Mobile edge computing will help improve how consumers perceive speed when they interact with the internet, and great progress has been made in finding the best places in wireless networks to deploy artificial intelligence and machine learning.

Our team will continue testing mmWave technology and use our findings to create a more robust wireless network. This includes ongoing testing of fixed wireless access that delivers fast broadband speeds on a cost-effective basis, thereby providing “last mile” access — especially in rural areas — and providing much-needed connectivity to schools, hospitals and other anchor institutions. In addition to our mmWave work, we will continue to deploy 5G across our footprint, ensuring our customers have a network they can depend on.

Get Alerted for Jobs from UScellular
Mobile Technology