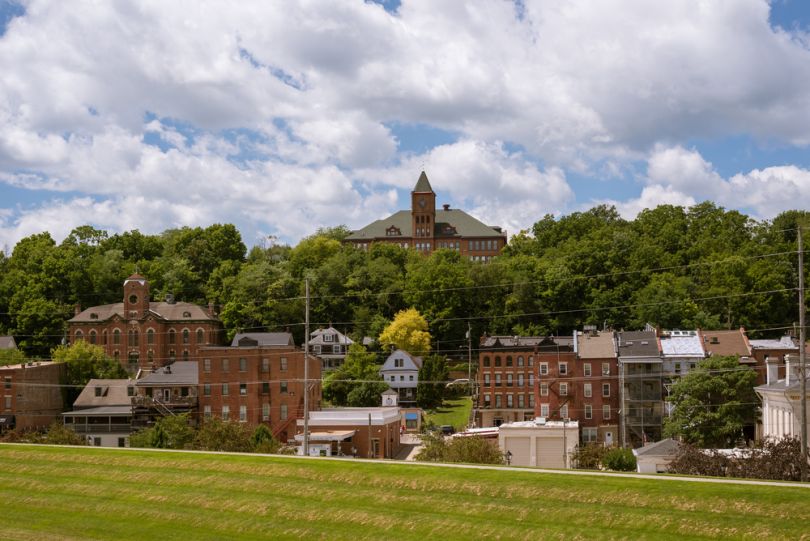 Economic development and data have something in common: it all comes down to the numbers. Mark Peterson, head of economic development efforts for the state of Illinois and president and CEO of privately funded development firm Intersect Illinois, divulges the role of data in the state’s economic plan in an interview with U.S. News.

"Data is king," he tells the media outlet. "I think the point needs to be made that the world of economic development is very much about facts and data and then building relationships."

Data keeps Peterson plenty busy in Illinois where he is tasked with facilitating business for the nearly 2,000 foreign-owned companies currently operating in Illinois. These companies account for more than $100 billion in the state's gross domestic product each year.

His interview with U.S. News was far-ranging, but he spoke at length about how his team specifically invests in building data resources for the state of Illinois as a means of attracting top business:

"The reality is companies are making legacy decisions that sometimes have 30- or 40- or 50-year ramifications. They want to do their due diligence, and data is king."

“Our world is really about data. You can look in the paper and find all kinds of good things and bad things about any place in the world. The reality is companies are making legacy decisions that sometimes have 30- or 40- or 50-year ramifications. They want to do their due diligence, and data is king. Just saying you have the labor pool isn't good enough. You have to prove it.

“If they're a manufacturing-intense entity, you've got to prove you have the power and the site and the permits. Even if they're a financial tech organization where the site's not that important and they're going to take a downtown office, you need to prove you have partners for them and you can plug them into an ecosystem that's rich and diverse.

“We're trying to give information to companies and to market ourselves. When I say: ‘We have 65 direct flights to anywhere in the world and you can get anywhere in the (continental) United States in under four hours from Chicago,’ I have that. And other places don't, so that gives me a strategic advantage for certain types of companies.”

When U.S. News asks Peterson how he successfully draws investments from particular companies and industries that he views as a good fit for the states, he describes his approach as rooted in data analysis. He lists advanced manufacturing, business and professional services, and agribusiness and food processing as the top three Tier 1 priority sectors and calls Germany, Japan, the U.K. and Canada the four primary top targets of Illinois.

While he explains that relationship building is paramount and many of these ties, particularly between Illinois and Japan, are long-standing in nature, at the end of the day, data is a huge part of maintaining this trust. “You've got to prove that that's a good move,” Peterson explains, “and it's worth it to extend resources and time there.”