A comprehensive breakdown of software engineers and programmers 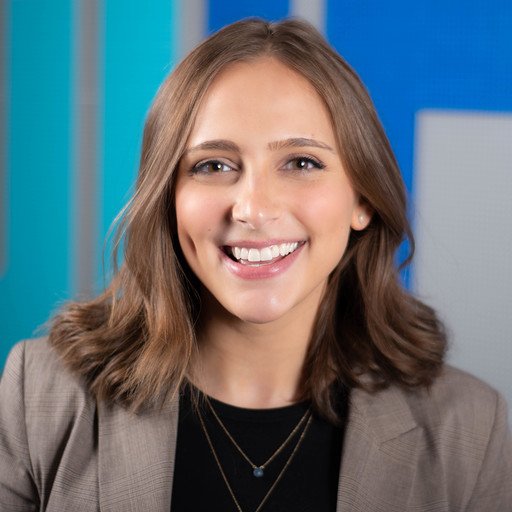 Kate Heinz is a Built In product marketing manager who formerly covered career development, HR and tech recruiting topics. She previously worked as a content strategist for Yakkety Yak. Heinz holds a bachelor of arts from the University of Michigan.

Kate Heinz is a Built In product marketing manager who formerly covered career development, HR and tech recruiting topics. She previously worked as a content strategist for Yakkety Yak. Heinz holds a bachelor of arts from the University of Michigan.

While the tech unemployment rate rests at 1.3%, recruiters are scrambling to find, hire and retain strong candidates. In order to bring in the right people, you need to know who you’re looking for first.

The demand for software engineers is on the rise, but the role is often conflated with programmer and developer positions. While it’s ultimately up to the employer’s discretion on how to title open roles, tech recruiters should understand some of the commonly discussed differences.

In this article, we’ll distinguish software engineers from programmers and highlight six key differences between these roles. Use this resource to recruit smarter and source better tech candidates.

What is a Software Engineer?

A software engineer is often called a developer, but IT professionals and tech recruiters know there is a difference between engineers and developers. While there tends to be overlap between the two roles, the key distinction is the formal training engineers receive. In some countries, it’s legally required to have a degree in engineering in order to hold the title.

An engineering background is what makes the software engineer’s role within the development life cycle unique. With knowledge of advanced mathematics and the scientific method, software engineers are responsible for the big picture; they evaluate client or company needs in conjunction with those of the user and methodically conceptualize a systematic solution. Engineers also require a strong programming background to be able to communicate with programmers effectively.

Software engineers evaluate client or company needs in conjunction with those of the user and methodically conceptualize a systematic solution.

Software engineers are known as the “software architects,” meaning they create the guidelines — think: blueprints — of the software framework. Their designs are then passed on to programmers and software developers who translate the engineer’s directions into instructions the computer can read and understand, i.e. lines of code.

Often working in teams, software engineers oversee the development process. They apply engineering best practices to create a stable system that mitigates unnecessary transactions and is comprised of interdependent programs and software. When the system is complete, software engineers are tasked with regularly testing and maintaining the software. Their ultimate concern is the quality and stability of the system. When a bug is introduced, software engineers ask, “What are its implications and potential impact to the system?”

What is a Programmer?

A programmer — also called a computer programmer — is the “software contractor.” They’re responsible for taking the software engineer’s guidelines and developing the programs and software. They are occasionally called “coders” or even “developers” as their primary focus is writing, evaluating and editing lines of code. Programmers are involved in a single stage within the development life cycle and concentrate on one component at a time.

Because programmers must be able to write code as well as identify and debug errors, programmers often specialize in only a few programming languages. With coding bootcamps on the rise, it’s not uncommon for programmers to be self-taught or come from interdisciplinary backgrounds, such as computer or information science. In most cases, experience trumps education when it comes to coding knowledge.

Programmers are involved in a single stage within the development life cycle and concentrate on one component at a time.

Programmers often work independently, building the system piece by piece. They must possess strong technical skills, including the ability to design and understand algorithms. Ultimately, a programmer is responsible for interpreting a software engineer's guidelines for a framework and coding it into existence.

What is the Difference Between a Software Engineer and Programmer?

Now that you know what each role serves within the development process, let’s take a look at six of the key differences between software engineers and programmers, which we’ve highlighted below.

Keep in mind that, despite the differences, these titles are subject to employer preference. You can hire a candidate who calls themself a software engineer for your open programmer role as long as you make the job requirements and responsibilities extremely clear. It comes down to your candidate persona and job description; make sure the two are in alignment to hire the most qualified candidate for these highly technical roles.

Software Engineer: A software engineer has formal training and a degree in engineering.

Programmer: A programmer often has a bachelor’s degree in computer science, but some employers will hire an individual with an associate’s degree and relevant experience.

Software Engineer: The “software architect.” A software engineer evaluates client/company needs alongside user needs to conceptualize a software system with the necessary requirements. They are responsible for testing and maintaining the system.

Programmer: The “software contractor.” A programmer translates the software engineer’s instructions into lines of code the computer can understand and follow. They are responsible for identifying and fixing bugs in the system.

3. Role in the development lifecycle

Programmer: A programmer is involved with one stage of the development life cycle.

Software Engineer: A software engineer leverages the scientific method and engineering best practices to come up with solutions. They are analytical, consider the entire system and are concerned with its stability and interdependency.

Programmer: A programmer develops one component at a time. They consider individual programs and are concerned with each one’s functionality and visual appearance.

Software Engineer: A software engineer has extensive knowledge of advanced mathematics and a strong background in programming.

Programmer: A programmer should be fluent in a few programming languages, as well as have the ability to read and write algorithms.

Software Engineer: A software engineer typically works as part of a team of engineers.

Finalize your candidate persona with the hiring manager and several team members prior to writing a job description for either a software engineer or programmer. Doing so will make sure you identify and hire the candidate with the right skills for the role. Need help writing your next job post? Check out our job description examples.