What Is Diversity & Inclusion in the Workplace?

Diversity and inclusion are interconnected concepts that refer to the variety of unique individuals that make up a group of people and the environment that allows them to work together as equally valued contributors. Workplaces that prioritize diversity and inclusion efforts have been statistically proven to be safer, happier and more productive work environments.

What Is Diversity in the Workplace?

Diversity in the workplace means that an organization employs a diverse team of people that’s reflective of the society in which it exists and operates.

Unfortunately, determining what makes a team diverse isn’t so simple.

Diversity incorporates all of the elements that make individuals unique from one another, and while there are infinite differences in humans, most of us subconsciously define diversity by a few social categories, such as gender, race, age and so forth.

In its simplest form, diversity means being composed of differing elements. In a workplace, diversity means that the workforce is made up of employees with different races, gender identities, career backgrounds, skills and so on. Diversity is proven to make communities and workplaces more productive, tolerant and welcoming.

In the United States, the Equal Employment Opportunity Commission (EEOC) enforces laws to protect individual employees in the workplace based on specified social categories that commonly face discrimination in American culture. These social categories are typically defined in some version of a Non-Discrimination Statement and Policy, such as this one by the U.S. government:

There are certainly more visible and invisible elements that make individuals diverse from one another than those defined by these statements, but these broad categories can help companies identify gaps in diversity. They also provide measurable metrics for companies to set goals and make concerted efforts to boost diversity in the workplace.

There’s no doubt that improving diversity and inclusion will be at the forefront of just about every company’s agenda from here on out. In fact, more that 1,600 CEOs have signed onto the CEO Action for Diversity & Inclusion Pledge, which aims to rally the business community to advance D&I efforts. The pledge focuses on commitments towards more open conversations towards diversity and inclusion, expanding unconscious bias training and having a strategic plan of action for all D&I efforts that has to be approved by each company’s board of directors. These are solid first steps in creating a more diverse work environment, but true progress involves holding leadership accountable for following through on these actions.

What Is Inclusion in the Workplace?

Although often used in tandem with diversity, inclusion is a concept of its own.

SHRM defines inclusion separately from diversity as “the achievement of a work environment in which all individuals are treated fairly and respectfully, have equal access to opportunities and resources, and can contribute fully to the organization’s success.”

Inclusion is the practice of providing everyone with equal access to opportunities and resources. Inclusion efforts in the workplace help to give traditionally marginalized groups — like those based on gender, race or disabilities — a means for them to feel equal in the workplace. Inclusive actions, like creating employee resource groups or hosting information sessions, make the workplace a safer, more respectful environment for all employees.

According to the Harvard Business Review, promoting and measuring inclusion among employees is extremely difficult. First, leadership must come up with a well-rounded definition of “inclusion.” Then, people and HR teams must consistently gather feedback from all employees regarding their current or proposed efforts. (This is an important step because you can’t have inclusion without having the opinions of all employees.) Then, D&I leaders can take some of the following actions to promote inclusivity in the workplace:

Diversity refers to the traits and characteristics that make people unique while inclusion refers to the behaviors and social norms that ensure people feel welcome. Not only is inclusivity crucial for diversity efforts to succeed, but creating an inclusive culture will prove beneficial for employee engagement and productivity.

What Is the Difference Between Diversity and Inclusion?

Diversity is the presence of differences within a given setting. In the workplace that can mean differences in race, ethnicity, gender identity, age and more. Inclusion is the practice of ensuring that people feel a sense of belonging and support from the organization.

According to Rita Mitjans, ADP’s chief diversity and social responsibility officer, diversity is the “what” and inclusion is the “how” in your workplace. Diversity focuses on the demographics of your workplace — for instance, gender, race, age, professional background and sexual orientation — while inclusion focuses on efforts towards helping employees — with all of those different aforementioned traits (plus thousands of more) — feel safe, happy and respected.

The more diverse an organization gets, the more important inclusion becomes. Inclusive efforts need to focus on making every single employee feel like they are respected and trusted, regardless of their background. Making the Black mother of three in accounting or the non-binary employee in engineering truly feel they share an equal voice with all other employees is imperative towards crafting a thriving diverse and inclusive workplace.

Read This NextHow to Build an Inclusive Environment

Business Benefits of Diversity & Inclusion in the Workplace

Aside from being a clear social, political, ethical and moral responsibility, there are some serious benefits associated with diversity in the workplace, especially since it has a significant impact on how customers and employees perceive a business.

Diversity and Inclusion Benefits in the Workplace

An emphasis on diversity and inclusion can help with revenue, customer reach and employee recruiting and retention.

Diversity in the Workplace Statistics

Those figures alone should be enough to convince any business that fostering a diverse workplace is a top priority, but when we break down the latest statistics it’s evident that we still have a long way to go.

Diversity in the Tech Industry

The tech industry, in particular, has some startling diversity statistics. An analysis by Findem, a company whose AI platform helps fill talent gaps, looked at diversity among 10 leading tech companies, including Apple, Microsoft, Amazon, Google and Zoom. Here are some of the findings: 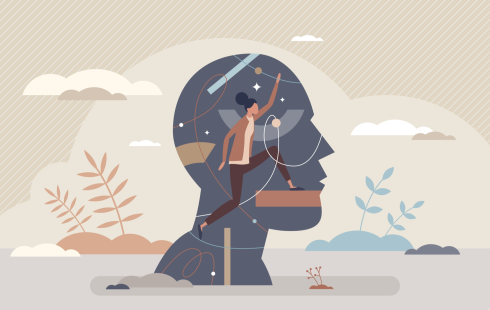 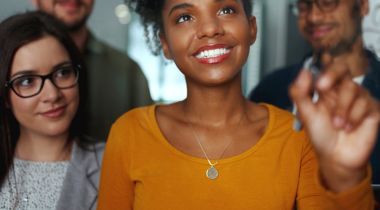 What Does Diversity, Equity and Inclusion (DEI) Mean in the Workplace? 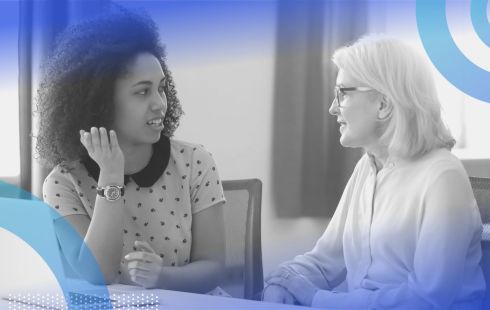 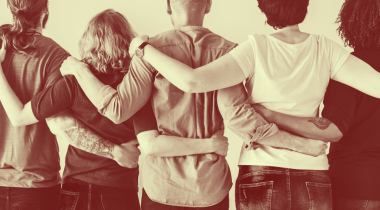 Inclusive Leadership: Why It’s Important and How to Improve It 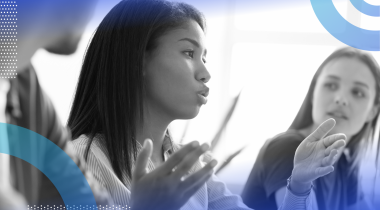 What Is Intercultural Competence? 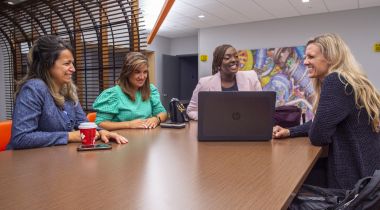 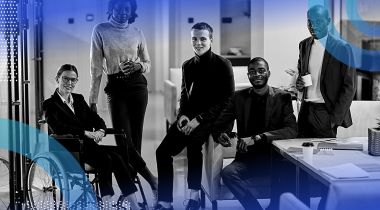 Why Social Class Matters in Diversity and Inclusion 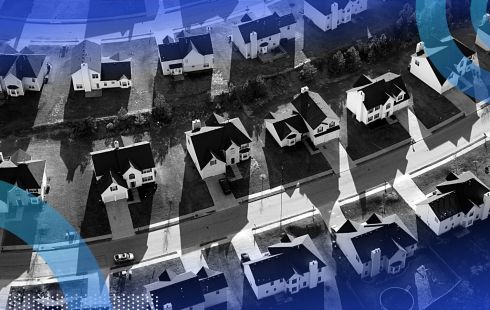 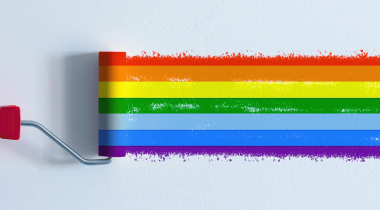 Rainbow Washing: What It Is and How to Avoid It 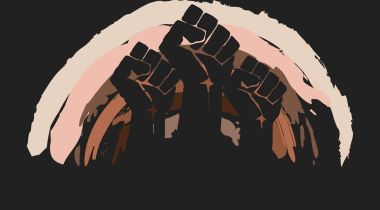 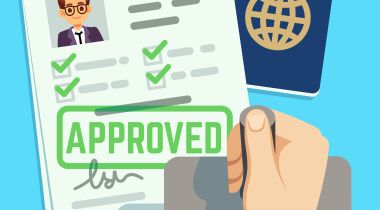 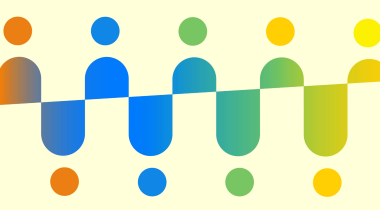 54 Diversity in the Workplace Statistics to Know 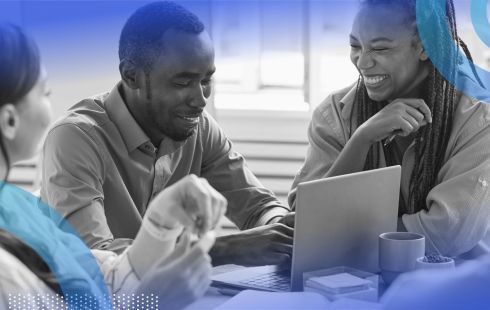 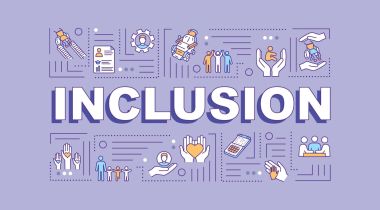 How to Build an Inclusive Workplace Environment