57 Diversity in the Workplace Statistics You Should Know

Stay on top of the latest trends, facts and figures in the future of workplace diversity. 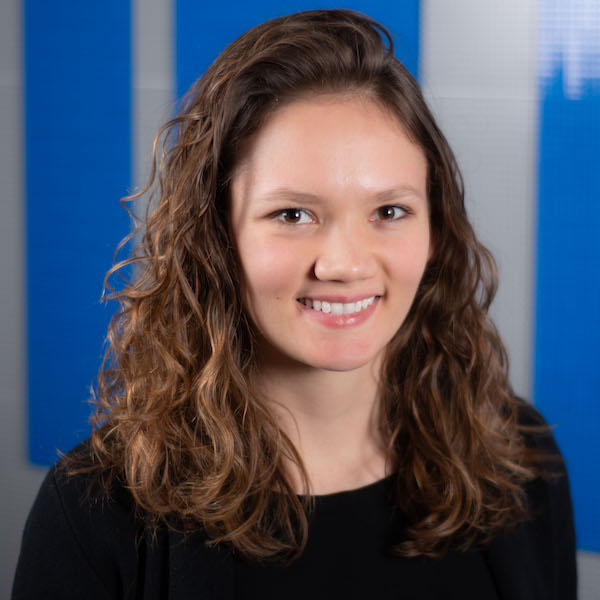 Bailey Reiners
Content Marketer at Built In
Bailey Reiners is a former Built In content marketer who covered recruiting, tech trends, employee engagement and diversity and inclusion for BuiltIn.com. Reiners holds a bachelor of arts in art history and psychology from Lawrence University.
Image: Shutterstock

Diversity and inclusion in the workplace are among the most important topics facing HR and recruiting professionals.

Knowing a wide range of statistics related to diversity and inclusion might help you and your team better understand the complex nature of the topics, as well as learn the importance of building a better internal workforce that will ultimately yield higher revenue and boost employee performance.

A Guide To Racial Equality In The Workplace

People who identify as white, non-Hispanic in the United States declined in numbers for the first time on record, falling below 58 percent of the country’s population in 2020. It decreased from 63.7 percent in 2010.

By 2044, Groups Formerly Seen as ‘Minorities’ Will Reach Majority Status

Historically underrepresented groups, combined, are projected to account for the majority of the U.S. population by 2044.

By 2065, the U.S. Population Will Not Have Any Single Ethnic or Racial Majorities

In the not-too-far future, as the majority white population declines and underrepresented demographic populations grow, there will eventually no longer be a single ethnic or racial majority in the United States, according to Pew Research Center projections.

48 Percent of Generation Z Are Racial or Ethnic Minorities

A Pew Research Center report from 2018 says that nearly half of Post-Millennials or Gen-Zers (people born between the mid-1990s and mid-2010s) are non-white.

Census data shows that 57 percent of Millennials are white. And there are more Millennials now than Baby Boomers.

The Veteran Unemployment Rate Increased in 2020

In 2020, unemployment rates among veterans increased for both men and women, which are now at 6.5 percent and 6.7 percent, respectively.

In 2020, the Unemployment Rate for Disabled People Rose to 7.9 Percent

Across all age groups, disabled people are less likely to be employed than people without disabilities.

The Unemployment Rate for People With Less Than a High School Diploma Is 7.9 Percent

In 2020, 21.8 Percent of Families Didn’t Have a Single Family Member Who Was Employed

That’s up from 19.2 percent of families the previous year. Additionally, that percentage goes up to 24.3 percent for Black families.

In 19.1 Percent of Heterosexual Married-Couple Families, Only the Husband Was Employed

26.7 Percent of Heterosexual Married-Couple Families Live on a Single Income

A little over a quarter of this population lives on a single income, with one of the parents staying home with the children.

In 2020, the Unemployment Rate of Foreign-Born Workers Rose to 9.2 Percent

Much of that may be attributed to the pandemic. In 2019, the unemployment rate of foreign-born workers was 3.1 percent. For reference, 17 percent of the U.S. workforce is foreign born.

Gender Diversity in the Workplace Statistics

Women Are Expected to Make Up 47.2 Percent of the Workforce by 2024

Within a few short years, women could make up 47.2 percent of the workforce. But there’s a long way to go to make it a more equitable environment.

Women’s Wages Are 82 Percent of Those of Men’s

42 Percent of Women Have Faced Gender Discrimination at their Jobs

A 2017 Pew Research Survey revealed that 42 percent of women in the United States say they have faced workplace gender discrimination.

Men Are Twice as Likely to Be Hired, Regardless of the Hiring Manager’s Gender

A study found that hiring managers — regardless of gender — are twice as likely to hire candidates who are men.

Just over 8 Percent of Fortune 500 CEOs Are Women

In 2021, the number of women who are chief executive officers of Fortune 500 companies was 41, which is the highest it’s ever been.

Women Are More Likely to Be Hired With Blind Applications

One study conducted by Harvard University and Princeton University researchers found that when men and women submitted blind applications or auditions for a job, a woman’s likelihood of getting the job increased by 25 to 46 percent. And under these conditions, women were more likely to be hired than men.

More and more women are getting higher education degrees, making them more competitive candidates in the workforce compared to their counterparts who do not have a degree.

Senior-Level Women Are Twice as Likely as Senior-Level Men to Focus on Diversity, Equity and Inclusion

In a 2021 report, McKinsey found that women in senior management were twice as likely as men in similar roles to spend “substantial time” on DEI work falling outside their normal job responsibilities, such as supporting employee resource groups.

Women of Color Account for 4 Percent of C-Suite Leaders

Additionally, the same report found that, between entry level and the C-suite, the representation of women of color drops off by more than 75 percent.

That number drops to 14 percent when looking at women holding C-suite roles at tech hardware companies. (That’s why some companies are focused on increasing the amount of women in tech leadership positions.)

For Every 100 Men Promoted to Manager, Only 86 Women Are Promoted

As a result, men significantly outnumber women in manager positions.

Women Ask for Pay Raises at the Same Rate as Men, But Receive Them Less Often

Women ask for pay raises just as often as men at similar positions. But they receive them 5 percent less often than men do.

Racial and Ethnic Diversity in the Workplace Statistics

The Majority of the U.S. Workforce Is Made Up of White People (78 percent)

As of February 2021, four Fortune 500 companies have a chief executive officer who is Black.

Research published in 2015 by Bersin by Deloitte found that, over a three-year period, companies with highly diverse teams noticed a significant increase in cash flow — to the tune of 2.3 times per employee.

A Boston Consulting Group study looked at companies with diverse management teams and found that, on average, they enjoyed a 19 percent increase in revenue compared to their less diverse counterparts.

Not only is it beneficial to have diverse employees and management, but companies with diverse boards also noticed significantly higher profits, according to a 2018 McKinsey study.

Executive teams that are highly gender-diverse are found to be 21 percent more likely to outperform on profitability.

Gender-diverse companies that are in the top quartile for gender diversity on executive boards are 27 percent more likely to have superior value creation.

McKinsey found that companies in the top quartile for gender diversity are 15 percent more likely to have financial returns above their respective national industry medians.

Companies in the top quartile for racial and ethnic diversity are 35 percent more likely to outperform their respective national industry medians’ financial returns.

According to a 2013 report, diverse companies are 70 percent more likely to capture new markets.

When companies foster a more inclusive work environment, 83 percent of Millennials are found to be actively engaged in their work.

Global GDP Could Increase 26 Percent by Equally Diversifying the Workforce

If the global workforce became equally gender-diverse by 2025, global GDP could increase by $28 trillion.

For every 10 percent increase in gender diversity among senior executive teams in the United Kingdom, companies earn 3.5 percent more in earnings before interest and taxes.

When compared to other companies in the same industries, companies that are highly gender-diverse are much more likely to gain higher financial returns than their competitors.

Importance of Diversity Among Job Seekers and Employees Statistics

More Than 3 out of 4 Workers Prefer Diverse Companies

According to a 2020 Glassdoor survey, 76 percent of job seekers and employees polled said a diverse workforce was an important factor for them when evaluating job opportunities and companies.

According to a Deloitte survey, 80 percent of over 1,300 respondents said inclusion efforts were an important factor when choosing a company.

Another Deloitte survey found that 39 percent of respondents believed diversity and inclusion offers a competitive advantage in the marketplace.

Some employees actively keep tabs on diversity and inclusion efforts within their companies. In fact, 13 percent of employees monitor how often senior managers discuss the topics during meetings.

Nearly Half of Employees Believe Their Company Needs to Improve Diversity of Gender, Race and Ethnicity

Employees aren’t just looking at one facet of diversity. An Atlassian study of 1,500 employees found that nearly half of respondents said their companies could improve diversity of gender, race and ethnicity.

In the same study as above, 40 percent of respondents noted their company could improve its diversity of sexual orientation.

24 percent of Employees Have Experienced Discrimination at Work

Nearly one-fourth of employees in one survey that polled just over a thousand people shared they have experienced discrimination at their current job.

40 Percent of Employees Leave a Company After Experiencing Harassment, Bullying or Stereotyping

Another study found 40 percent of employees who have experienced harassment, bullying or stereotyping quit their jobs and seek alternative employment opportunities.

Since 2014, 32 Percent More Executives Care About Diversity and Inclusion

86 Percent of Women Seek Employers With Diversity and Inclusion Strategies

Not only that, but, according to PwC, 74 percent of men also seek employers with diversity and inclusion strategies in place.

Empowering Women in the Workplace

A guide to supporting the development of rising women in tech.