35 Robotics Companies on the Forefront of Innovation

These companies represent some of the key players in the robotics industry. 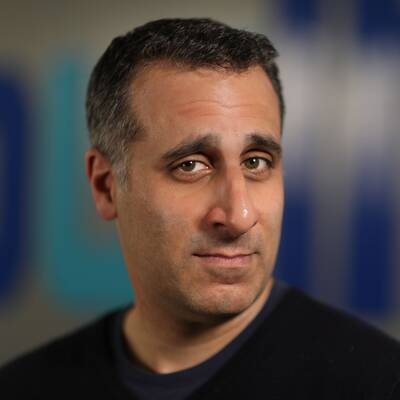 Mike Thomas
Senior Features Writer at Built In
Mike Thomas is a former Built In senior features writer covering technology trends and the software industry. Prior to joining Built In, Thomas was a reporter for the Chicago Sun-Times for 14 years. He is a graduate of John Carroll University.
Image: Shutterstock / Built In 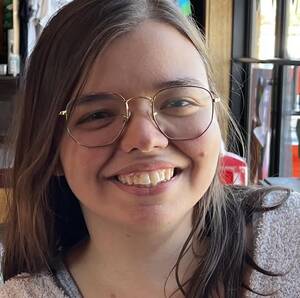 Robots are taking over the world. OK, not really. Not yet. But they are becoming increasingly prevalent in almost every industry, from healthcare and manufacturing to defense and education.

At robotics companies across America, the co-mingling of engineering and science is producing some truly innovative products — things that do what humans have typically done, only better. Whether it’s welding, teaching, assembling cars or performing surgery, these inventions are changing the way we live and work.

The following 35 companies are contributing to the robotics revolution.

Anduril
View Profile
We are hiring

Anduril builds hardware and software products designed to solve the biggest security challenges of America and its allies. From Lattice, an AI-backed platform that integrates real-time data from Anduril and third-party systems into a single dashboard, to sentry towers and intelligent air support devices, Anduril presents mission-effective technology that deploys in hours, not years.

Get Alerted for Jobs from Skydio

Boston Dynamics makes robots that have human- and animal-like dexterity. The company’s robot Spot is able to move through difficult terrain and carry up to almost 31 pounds to support automation and safety in industrial inspections. There’s also Stretch, built to take on case handling and truck unloading for warehouse operations.

Get Alerted for Jobs from Boston Dynamics

Outrider
View Profile
We are hiring

Shapeways offers on-demand 3D printing services that allow companies to scale their business and reduce assembly time. The company has printed more than 21 million parts to date and is capable in aspects of 3D printing from rapid prototyping to additive manufacturing and custom design, applicable to industries including robotics, aerospace, healthcare, architecture and more.

Get Alerted for Jobs from Shapeways

Get Alerted for Jobs from Tempo Automation

HoneyBee Robotics’ technology has been used in multiple NASA space missions (Mars visits included) since 1983. It’s also a big player in the defense, mining and oil and gas industries, making intelligent excavation systems and autonomous drills and sampling systems, among other innovations. On the medical front, the company’s products include a neurosurgery robot and a robotic endoscopic laser scalpel.

From the Piaggio Group that brought you the Vespa scooter comes Piaggio Fast Forward, a robotics company dedicated to creating lightweight mobility solutions for people and goods. The company’s flagship robot, gita, is a mobile carrier that follows people around and carries up to 45 pounds. Gita can be used to carry everything from heavy books between classes to groceries.

AMP (Autonomous Manipulation and Perception) makes a robotic system called Cortex, which can be used in a variety of environments, such as mixed waste, construction, demolition and more. It uses AI to quickly and efficiently pluck recyclable materials off a conveyor belt.

Get Alerted for Jobs from Vicarious

Nuro drives robotics technology to the forefront of everyday life, developing technology that helps people make more efficient use of resources, time and attention. The company’s flagship product is a line of fully autonomous vehicles made to transport goods quickly, safely and affordable, bolstered by a flexible interior design to handle errands ranging from picking up dry cleaning to delivering groceries.

Get Alerted for Jobs from Nuro

Ouster
View Profile
We are hiring

Ouster is a pioneer of the autonomous revolution, producing and manufacturing 3D lidar sensor technology that allows machines to perceive their surroundings. The company works with engineers leading the way in robotics, autonomous vehicles, mapping technology, security systems and additional areas of technological development. Its partners have included Honeywell, Kudan and Mechaspin.

Sphero invented a now world-famous app-enabled robotic ball, which is used in classrooms to teach through play. In addition to the original ball, other products include the Sphero Mini and Sphero indi designed for early learners. The company’s Sphero Edu app is a hub for programming its robots and more.

Get Alerted for Jobs from Sphero

Diligent’s AI-enabled robots work with people in everyday environments. The company’s autonomous Moxi robot can be left alone to perform time-consuming logistical hospital tasks like setting up patient rooms and restocking supply rooms. Capable of navigating hallways and other tight spaces, Moxi is imbued with social intelligence that’s conveyed through its head movements

Related ReadingWhy Are Robots Designed to Be Cute?

PickNik collaborates with businesses to help them solve their robotics challenges, with services including feasibility studies and strategic development. The company brings a range of robotics expertise to the table, including robot arm planning, real-time motion control, simulation and virtual reality, collision avoidance and cloud integration. Google, Amazon and Hyundai have been among PickNik’s clients.

Get Alerted for Jobs from PickNik Robotics

Sarcos builds multiple robots that perform vastly different functions. Used to explore storage tanks, vehicles and other things while transmitting data, the Guardian S robot is operable from long distances, can tackle tough terrain like stairs and also snakes through pipes. The Guardian GT is made for heavy lifting and welding. It also has first responder, logistics and humanitarian applications. The Guardian XO is “a powered, untethered, industrial exoskeleton suit that improves human strength and endurance without restricting the operator’s freedom of movement.”

Get Alerted for Jobs from Sarcos Robotics

Barrett makes articulated arms and hands — what it calls “advanced robotic manipulators” — for a variety of applications. The WAM Arm mimics “human-like grace and dexterity.” The company’s BH8-series BarrettHand can grasp an array of different objects. And Burt is designed for upper extremity rehabilitation training and robotics research.

Get Alerted for Jobs from Barrett Technology

A division of General Dynamics Mission Systems, Bluefin makes unmanned and autonomous underwater vehicles for clients in the defense, commercial and scientific sectors. Offerings include more than 70 different sensors on 100-plus vehicles.

Get Alerted for Jobs from Bluefin Robotics

Applied Aeronautics makes drones, and its main product, the electric fixed-wing Albatross, is used in a variety of sectors ranging from agriculture and research to disaster management and defense.

Get Alerted for Jobs from Applied Aeronautics

Get Alerted for Jobs from Modular Robotics

Get Alerted for Jobs from DroneSense

Embodied makes “companion” robots that exhibit human-like care and compassion to enhance individual wellness and quality of life. The company’s Moxie robot “is an AI friend that supports social emotional growth through fun activities and play.”

Get Alerted for Jobs from Embodied, Inc.

Get Alerted for Jobs from Energid Technologies

According to Harvest, its HV-100 model was the world’s “first fully autonomous robot that works alongside people in unmodified industrial environments.” They help major agricultural players across the United States increase productivity, efficiency and plant quality. Harvest’s robots lessen the load when it comes to manual labor so their human counterparts can focus on other facets of the growing process.

Get Alerted for Jobs from Harvest Automation

Get Alerted for Jobs from Intuitive Surgical

Founded in 1990, iRobot makes a variety of smart vacuuming, floor-scrubbing and mopping devices. Products include the Roomba and Braava. The company is also involved in providing STEM education for children.

Get Alerted for Jobs from iRobot

Myomo’s powered brace MyoPro assists those who’ve experienced paralysis or weakening in their hands and arms due to a variety of conditions. The device reads nerve signals from the skin’s surface, then activates small motors that facilitate natural arm and hand movements.

Get Alerted for Jobs from Myomo, Inc.

Rethink Robotics, part of the HAHN Group, manufactures collaborative robots, known as cobots, that perform functions for several industries. They include: “pick-and-place,” the process of moving parts to and from various locations; co-packaging and end-of-line packaging; CNC machine tending; plastic injection and blow molding and more.

Get Alerted for Jobs from Rethink Robotics

Get Alerted for Jobs from Vecna Robotics

Get Alerted for Jobs from Miso Robotics

Starship Technologies’ self-driving robots can make deliveries over short distances. After placing an order, a customer can track the robots’ journey through a mobile app. Weighing less than 100 pounds, the devices move at a walking pace and can navigate around people and other obstacles. The items being delivered remain in a locked cargo bay until the customer uses the app to open the compartment and retrieve the delivery.

ReWalk Robotics uses robotic technologies to design solutions for medical rehabilitation. The company produces exoskeletons that aid in functional gait training for people who have lower limb disabilities from a stroke and allow users with spinal cord injuries to sit, stand, walk, turn and go up and down stairs.

Get Alerted for Jobs from ReWalk Robotics

Covariant
View Profile
We are hiring

Covariant’s goal is to develop a universal AI so robots can “see, reason and act on the world around them,” with the ability to adapt to various tasks. The technology has potential applications for a range of industries, including retail, healthcare and manufacturing.