3D printing can be used to build low-cost houses — but it’s not right for every manufacturing scenario.
Written byMae Rice
Mae Rice
Staff Reporter at Built In
Mae Rice is a former Built In staff reporter covering marketing and emerging tech trends. Formerly editor in chief at MarketerHire, she is currently a writer for the media startup Workweek.
Image: Shutterstock
Jessica Powers
Updates Reporter at Built In

For most people, 3D printing sounds less like a manufacturing technique than magic. Often, people misunderstand it as “a replicator from Star Trek,” said Kent Mages, owner of Custom Color 3D Printing. “Some sci-fi thing [where]... I can just snap my fingers and boom.”

That’s not how it works, though. Yes, you can 3D-print lots of things, including large-scale things like bridges. But you can’t do so instantaneously, Mages explained. It takes time. It also takes the right hardware and support structures. “You need something to actually print on,” he said.

Here are the broad strokes of how the process works: You start with a printer. Some models can fit on a desk. Industrial versions, on the other hand, can measure more than 20 feet tall and need lots of space. But they all work roughly the same way: rather than printing line by line, like their 2D brethren, 3D printers print layer by layer.

Instead of printing from PDFs, however, they rely on digital blueprints — or computer-aided designs. And in place of printing ink, they use sculptural materials like plastic, metal and concrete

The printers forge objects one at a time, typically in 0.1-millimeter layers. The exact process depends on the printer and the material, but it usually involves heating and cooling. Users can print with molten material that cools to a solid, or powder that fuses into a solid when it’s heated

As early as 2012, 3D-printing was heralded as the future of manufacturing. As the hype at the time went, people would no longer need to buy replacement parts for their air conditioners and computers because they’d just print them at home. Products would become far easier to customize

But while 3D printing certainly has opened up new possibilities, it hasn’t taken over yet. And though it’s been put to some incredible uses — the designers at Rael San Fratello used the technology to print homes from mud, nutshells and coffee grounds — it isn’t right for every manufacturing situation. In fact, it can even create some problems. In 2019, we talked to three professionals in the industry about the pros and cons of 3D printing. 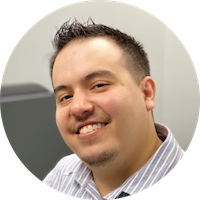 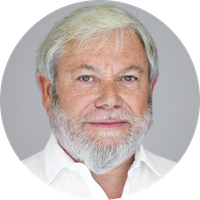 The CEO of Nexa3D and a digital manufacturing entrepreneur

With 3D printing, we get to reclaim some design and craftsmanship skills. If you look back 100, 150 years ago, in every community and every town we had all the artisanship and craftsmanship that we needed to support a hyper-local community. The industrial revolution and manufacturing robbed us of those capabilities. 3D printing connects creativity with an output device that allows almost everybody to create and make. 3D printers are getting faster and more accessible. Print speed, material performance and cost are reaching a level of democratization. It allows for a generation of digital craftsmanship

At the same time, traditional CAD is undergoing a massive transformation. CAD — one of the digital tools in which designers and engineers could conceptualize and detail their ideas — used to be complicated and labor-intensive to use. But today, we have what’s called generative design, or computer-generated design. If you can set up a design challenge, a computer-generated design assisted by machine learning materializes. This design will be very efficient, and your computer can autonomously check it to confirm it’s structurally sound. Think of what Siri for CAD might look like — that’s kind of what I’m talking about. 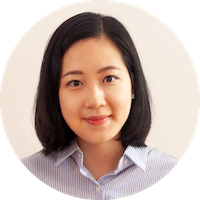 When we design eyewear, the first step is coming up with the front shapes. We come up with a good range of different sketches, and usually in our office we do a quick paper cutout of the  shape to see if it really looks good on faces. But eyewear is a 3D product. With just a cutout, it’s really hard to see the head curve and the tilt of the frame, which are more related to the third dimension of the product.

That’s where 3D printing becomes really handy. We use it for prototypes before we do injection molding, because injection molding is really expensive. And once you’ve done a batch of injection molded frames, you can’t really make adjustments to the design.

Mages: 3D printing enables design concepts that aren’t capable of being produced in any other medium. I came to this industry from the world of 2D printing. We would get requests for signage from clients in my previous job where we couldn’t fulfill it because it wasn’t technically possible. The 3D printer that I use, and just 3D printing in general, opens up a lot of sign possibilities — in terms of color and style — that you can’t accomplish in any other medium.

Reichental: In many instances 3D printing allows us to create more efficient products that mimic the efficiency of nature. What do I mean by this? If you look at the way that we are mechanized for mobility — how our arms or legs function  — you realize that these great, efficient, lightweight, load-bearing structures like bones, joints, were already patented by nature millions of years ago. But most of those highly-efficient, lightweight, topology-optimized structures are not readily manufacturable. 3D printing allows us to unlock and commercialize some of it; the technology makes complexity free

Mages: I come from the 2D printing world, and I was floored by how much waste there is in 2D printing. I think it’s one of those things where most people knew how much waste there was, it would be disturbing. But right now, I have a powder-based system. (Mages’ printer involves layers of dry powder, custom-dyed and then heated to form a solid.) If I make a bad part, it can’t be recycled, but at the end of a job, the powder that didn’t get turned into a part gets shaken off and reused. The next build that I do is 80 percent old powder, 20 percent fresh material.

I’ve been very pleasantly surprised at not just how efficient 3D printing has become, but how focused a lot of the manufacturers are on making the materials more sustainable and reusable. We don’t print a lot of plastic — it’s called PLA — but it’s probably the most common filament type on a hobbyist level. When you print with it, it creates a lot of garbage plastic that you snap off the final product and throw away. But quite a few companies are now looking at taking that material, recycling it and melting it down so you can then run back through your printer.

Reichental: Generally speaking, I am concerned about how the convergence of technologies will affect jobs. It’s not just 3D printing — it’s ubiquitous connectivity, the infinite computing power in the Cloud, the motorization of robotics, autonomous drones making deliveries and driverless cars replacing Uber drivers and so forth.

In many industries, though, 3D printing creates a lot of jobs. There’s no question these will be different jobs, but there’ll be more jobs in terms of laying out and creating the factory automation enabled by 3D printing — so setting up factories, running factories, re-imagining the supply chain and procurement, dealing with price and logistics. Today we have inventory managers, tomorrow we’re going to have the digital inventory manager. I think manufacturing is coming back, but I think that manufacturing is becoming more distributed and localized. The production jobs that we’re going to see in the future are going to look very different from the assembly lines of yesterday.

Choi: As I learn more about 3D printing, I’ve realized that it can create jobs outside manufacturing and design, too. I went to this food 3D printing class one day. You can create something edible that’s beautiful — it’s almost like a sculpture, in a way. The teacher, Luis Alcalde, was telling me he wants to create 3D printing restaurants. It could really happen. And I feel like 3D printing could create new industries, not just in food. I can’t wait to see how people use it.

3D Printing Can Be Inefficient for Large Project

Mages: The 3D printer that I’m on — HP’s MJF 580 — can produce quite a few parts at the same time. From a volume perspective, I can make 300 of something the size of a small key chain at a time. If you’re doing injection molding, though, you could make 30,000 of those in a day of production.

At the same time, injection molding can be really costly for a small production run. The dream is talking to a consumer about where 3D printing makes sense in their production line. If they’re looking to test the viability of something, or if they’re making something really customized or bespoke, it might be more cost efficient to look at 3D printing than injection molding.

Reichental: Speed is a hurdle. We need to be able to work at speeds comparable to injection molding presses. That needs to be done at scale. But at NEXA3D, we are now printing at speeds of one centimeter every minute. That’s a first in, call it shattering some of the remaining barriers or challenges in 3D printing. We feel for the first time that we can take 3D printing from dial up internet speed to broadband speed — it’s that dramatic.

Reichental: Most of the materials used in 3D printing are more expensive than comparable materials used in other manufacturing processes, like injection molding or CNC machining. One of the hurdles to mainstreaming 3D printing is bringing materials to market that are much more affordable. That’s something that I am personally committed to and am doing through NEXA3D.

Choi: I think we’re still in the process of exploring 3D printing materials. I know there’s a variety of materials out there, but I think they’re not as flexible as acetate, which is what a lot of glasses frames are made out of. With acetate frames, there’s a specific way of shooting the core wire and the hinges into the frame. They heat up the acetate so it gets a little softer, and then they shoot that metal into it, which gives them a cleaner way of putting in the hinges.

With 3D printing, one of the hard things is metal mechanics. Around the hinge area, the frames become really messy. They actually have to connect the fronts and the arms, which we call the temple, by hand, one by one. The alignment is not perfect. It’s not as exact as it is with acetate frames.

Mages: Technology in itself doesn’t have ethics. People have ethics. I think the vast majority of people — hobbyists, or people like me who run a 3D print service — are looking to just create and be creative. Are there going to be people that do things with 3D print technologies that are questionably ethical? That’s a question more about humanity than 3D printing.

I think we might see technology creep into 3D printers the same way that it’s crept into scanners, where if you try to scan a dollar bill, the scanner shuts down. But you know people are crafty and people find ways around that too.

It doesn’t have to be guns. 3D printing can also be used for counterfeiting, or just stealing somebody else’s design and replicating it. It could be potentially circumventing duties and customs fees when you teleport a design digitally. All these issues will have to be thought through and resolved, because the moment that you make your inventory digital, the moment your designs can be teleported, the conventional way of doing trade and commerce and all of what we call legally accepted transactions gets challenged.