Microrobotics: Tiny Robots and Their Many Uses

From targeted drug delivery to environmental monitoring, microrobotics is poised to have a big impact. 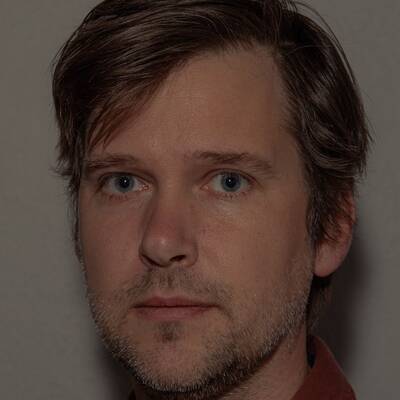 Jacob Biba
Staff Reporter at Built In
Jacob Biba is a Built In staff reporter covering robotics and hardware. Prior to Built In, he worked as a freelance writer and photographer. His work has appeared in the New York Times, the Washington Post, the Intercept and The New Republic.
Image: Shutterstock

This journey began in the stomach of a mouse.

More than seven years ago, a team of researchers led by Joseph Wang, a professor of nanoengineering at the University of California San Diego, deployed a small, zinc-based robotic motor inside a mouse’s stomach. The motor — which measured less than the width of a human hair and was propelled by the mouse’s own gastric acid — delivered a payload of gold nanoparticles before self-destructing.

It’s believed to be the first in vivo use of a micromotor inside a living creature, Wang told Built In, drawing comparisons to Fantastic Voyage, a science-fiction film released more than half a century ago. In the film, a nuclear submarine and its human crew are shrunk down and sent on a life-saving mission — inside a human.

Microrobotics is a term that refers to robotics on a much smaller scale. It involves miniature robots, known as microrobots, that are often developed for research purposes or specific uses in the biotech industry, like diagnostics and treatment. These microrobots typically measure less than 1 millimeter. Size limitations, however, aren’t fixed and can vary among researchers and use cases. Some microrobots developed for uses outside the biotech industry, like engine inspection and search and rescue may be much larger — over a centimeter in size.

Following the success of Wang’s experiment, more gastric acid-fueled and treatment-focused voyages inside mice and larger animals, like pigs, have commenced, paving the way for potential human trials. It’s possible, in the future, a wave of targeted treatment and therapeutic applications for the biotech industry will be developed, all likely starting with a simple swallow of an encapsulated microrobot.

“You’ll take your pill,” Wang said. “But the robot will do the job.”

Microrobotics is basically an all-encompassing term covering the development of small robots. Microrobots typically measure less than 1 millimeter, though sizing can vary based on researcher and use case.

Today, microrobots are mainly used in the biotech industry, aiding in the development of diagnostic and targeted therapeutic tools to monitor and treat disease. They’ve also been developed to aid in environmental monitoring and remediation, search and rescue, engine inspection, and for agricultural research.

Researchers are currently exploring how these tiny robots could potentially respond to chemicals or other biological signals they may encounter in the human body, as well as work together and communicate with one another in swarms during environmental remediation applications.

Advances in robotics are typically spurred by the innate desire to eliminate those mundane chores, like vacuuming, we no longer want to do. But with microrobotics, it’s different. The jobs these robots are designed for could save our lives.

“If you look at the main motivation of tiny robots, even from the beginning, it’s always been medical,” Metin Sitti, director of the Physical Intelligence Department at Max Planck Institute for Intelligent Systems in Stuttgart, Germany, told Built In. It’s where the greatest scientific and societal impact can be made, he said, the dream being that one day robots would be miniaturized and put inside the human body to monitor and treat disease.

“If you look at the main motivation of tiny robots, even from the beginning, it’s always been medical.”

Sitti’s first project inspired by this dream was a soft robotic capsule targeting the GI tract. To create it, Sitti and his team turned existing capsule camera technology being used commercially in healthcare into a small robot that could potentially deliver drugs and perform biopsies and other treatments.

“We started with pill-size robots that could be put inside the body,” Sitti said. “And then we miniaturized [them] down to microscale.”

Over the last 10 years, Sitti and his team in Germany have developed untethered microrobots measuring as large as the diameter of a catheter down to cell size for applications targeting certain diseases where limited access poses a high risk, like pancreatic and brain cancers, cardiac diseases, blood clots, strokes and aneurysms.

“We are trying to identify such critical diseases where wireless microrobots can make a big difference,” Sitti said.

Microrobotics Outside the Human Body

Of course, developments in the field are poised to have an impact outside the human body, too.

Imagine being buried under rubble, or trapped in some other confined space after a natural disaster when suddenly, from the nookiest of crannies, a tiny, cockroach-like robot comes to your rescue. While it won’t physically pull you out from wreckage, this bio-inspired microrobot would work in concert with search and rescue teams, potentially providing communication capabilities while relaying location and other vital information that could aid in your rescue.

Developed by researchers at Harvard University’s Wyss Institute, the Harvard Ambulatory Microrobot, known as HAMR, has more than 60 joints and can move at four body lengths per second. New developments like electroadhesive foot pads and origami-based ankle joints in HAMR-E, a more recent iteration of the microrobot, allow it to traverse more challenging surfaces that are curved or inverted, giving them the potential to work in those hard-to-reach places and navigate confines like jet engines for safety inspections.

Noah Jafferis, an assistant professor of electrical and computer engineering at the University of Massachusetts Lowell, is also working on a bio-inspired microrobot — a robotic bee capable of shaking pollen from flowering plants with “high frequency” vibrations emanating from the device’s “artificial muscles.”

The microrobot’s vibrating muscles would enable researchers to mimic the vibration of a buzz-pollinating bee, Jafferis told Built in, and ultimately help them learn more about the buzz pollination process.

Jafferis and research partner Mario Vallejo-Marin, an associate professor of biological and environmental sciences at the University of Stirling in Scotland, were awarded an $840,000 grant from the Human Frontier Science Program, a French non-profit that funds collaborative life science research, to support their project over the next three years. “Potential benefits of our research, down the line, include understanding better what kind of bee vibrations are best to pollinate different types of flowers, including perhaps even crop species like tomato,” Vallejo-Marin told the Boston Globe in April.

Tiny robots also prove useful when it comes to biodefense and environmental remediation. According to Wang, special receptors can be added to microrobots which can then be released to capture, transport, isolate or destroy nerve agents, other biological weapons like Ricin and Anthrax and even viruses.

In response to the pandemic, Wang worked on a microrobotic model based on algae capable of removing the COVID-19 virus from wastewater. Like other environmental remediation tools, this bio-inspired microrobot, which is paired with an antibody of the virus’ spike protein, works as a swimming sponge to detoxify its surrounding environment.

But there’s only so much a single microrobot can do when it comes to remediation. That’s why researchers like Sitti believe swarms of microrobots, with onboard sensing capabilities, will one day be deployed to monitor sensitive environments, quickly detecting toxic and other dangerous chemicals if some sort of spill or accident were to occur.

“I think rather than these passive techniques that we typically use right now with some chemicals, we’d like to change it with active microrobotic collectors or swarms doing that, which will be much smarter, effective and faster,” Sitti said. “As an autonomous system, if we can build and leave them in the environment, they can do this continuously without human intervention.”

More on Robotic Innovation35 Robotics Companies on the Forefront of Innovation

The Future of Microrobotics

Like Wang and Sitti, Jinxing Li, an assistant professor in the department of bioengineering and the Institute for Qualitative Health Science and Engineering at Michigan State University, is also working to unlock the health benefits of microrobotics. Li is especially focused on the targeted therapeutic potential of microrobotics, like tiny robots that could enter the human body to detect and kill cancer cells with thermal ablation, or extreme heat.

And for Wang, his team’s in vivo microrobotic motor experiments are an exciting step toward detecting, treating and managing diseases like diabetes. One day he envisions humans taking a daily multi-segment microrobotic pill — one with multiple targets that releases drugs sequentially all at the appropriate time.

But for this to be realized, a number of barriers will have to be overcome.

“Are they powerful enough to move in your body, and if so, how am I going to see them?”

In the last 10 years, questions around how to power microrobots have been solved: They’re typically powered either with magnets, acoustic or light, or self-propelled through chemical reaction, like Wang’s micromotor. But Li told Built In it gets more complicated as you look to the future.

“Are they powerful enough to move in your body, and if so, how am I going to see them?,” he said. “I think imaging and navigation are going to be the next challenges for medical applications.”

Then regulators, doctors and the general public have to see, and believe, that these devices can operate safely. There’s also a psychological barrier to overcome, according to Sitti, like the belief, promoted by books and films, that these devices could prove dangerous. “In that sense, we need to educate the public on the positive uses of these tiny devices for medical and other environmental applications,” Sitti said.

Another challenge lies in commercialization, and whether companies can bring these technologies to market, which may prove difficult until investors are convinced that these tiny robots can be used to effectively treat disease. Though one startup, Bionaut Labs, is planning clinical trials within the next two years for its robots — microrobotic devices that can be injected into the human body and guided to the brain with magnets to treat brain disorders like the congenital brain malformation known as Dandy-Walker syndrome and certain brain tumors, Agence France-Presse reports.

But much of the future of microrobotics will likely rest in the ability to manufacture these devices at scale. “Manufacturing is a key for any technology improvement,” Li said.

3D printing is one promising technique, according to Sitti, though he cautions that while it could prove effective for medical applications where costs can be high, lower-cost options — like roll-to-roll systems and molding-based approaches — are needed to scale manufacturing for uses outside biomedical, in areas like environmental monitoring.

Manufacturing, cost and other barriers aside, the potential benefits of microrobotics to change how we respond to disease and our environment will fuel even greater advances in the field.

“With some successful results, then hopefully, the whole field will even speed up more,” Sitti said.