How These Tech Companies Get More Women Into Leadership

Here are a few strategies to implement on your own team. 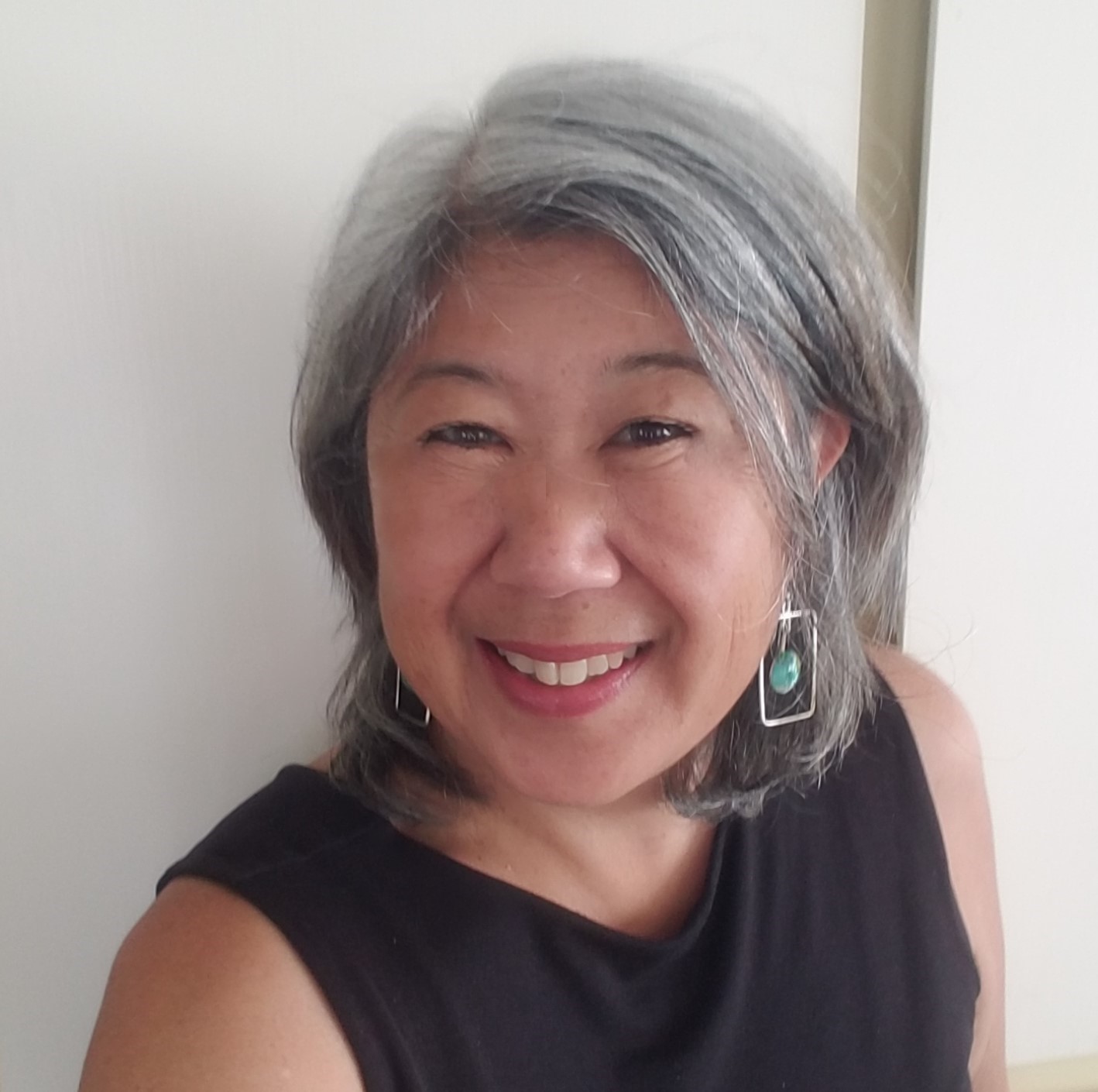 Dawn Kawamoto is a Built In staff reporter covering jobs and career development, with a focus on tech workers.

Dawn Kawamoto is a Built In staff reporter covering jobs and career development, with a focus on tech workers.

Ask Robin Ducot the secret to her success in becoming a CTO, and her reply? She didn’t know better.

“My dad was an engineer, and my mom ran a research team at MIT involving distributed systems. I also went to a high school that offered programming long before it was commonplace,” Ducot told Built In. “Not only did I start programming when I was a kid, I had a strong female technical role model so I just never knew I wasn’t supposed to do this kind of job.”

Ducot, a high-ranking tech executive at San Mateo, California-based AI company Momentive, formerly known as SurveyMonkey, is part of an executive group where half of her company’s senior vice presidents and C-level executives are women in leadership roles — a rarity among the male-dominated tech industry.

“When people used to ask Ruth Bader Ginsburg how many women would be enough on the Supreme Court, she famously said, ‘When there are nine.’ We had decades of exclusively white male tech leadership teams, and no one blinked an eye until recently,” said Ducot. “I’d love to see more companies that are 100 percent women. Until then, I guess we’ll have to settle for 50-50.”

9 Tips to Increase Women in Leadership

But despite such a low percentage of women in tech leadership roles, some companies like Momentive, Intuit and Workday have managed to onboard leadership teams of 30 percent or more who are women.

Like all strategies, they’re born out of a desire to achieve or fix something. So when it comes to increasing the number of women in leadership roles, these companies point to the benefits of attracting and retaining more women at their companies, such as, providing a diversity of thought when developing products and services for customers and creating an inclusive environment.

And in the case of companies listed on the Nasdaq, the interest in filling more executive positions with women will now spill over to their boardroom as well. Earlier this month, the Securities and Exchange Commission approved Nasdaq’s proposal to require companies listed on its exchange to have at least one board member who is a woman and another who is diverse from an under-represented group.

Here’s how Momentive and other companies have managed to get more women at the whiteboard and in the boardroom.

Knowing where to go starts with taking stock of where you are. Crunching data as a starting point may seem like a no-brainer for some tech companies, but it’s important to add context.

“Measuring diversity is straightforward. We can look at representation using our human resource information system data. But when we layer that representation data with results from our employee experience surveys, that’s when we see really interesting insights into the experiences of women and non-binary employees in the product and engineering organization, as well as other parts of the business,” Ducot said.

Taking a deep-dive approach is also crucial. Rather than solely taking a 10,000-foot view of the company’s gender balance, it’s better to assess gender representation and diversity on a department-by-department basis. This is the approach Pleasanton, California-based, Workday has taken at its HR and finance cloud applications company.

Thirty-four percent of the employees on Workday’s leadership team are women. The company’s in-house diversity partners, for example, work with each business function, such as technology, marketing, and sales, to not only assess the gender representation at each level of their operation but also reassess promotion and compensation programs and establish new mentorship and sponsorship opportunities, said Carin Taylor, chief diversity officer at Workday.

Collaboration Is Key to Landing Leaders

The effort to identify and hire women for leadership positions in tech is an even greater challenge than in other industries, given that women represent only a quarter of the tech workforce.

As a result, a collaborative approach is needed, even though it may seem counterintuitive given the scarcity of available tech talent who are women. But it has apparently served Workday well.

“I’m part of several women CIO groups and we share referrals with each other around women we would consider rock stars who are ready for their next role or next opportunity,” said Sheri Rhodes, CIO at Workday. “I think it’s about not letting that constant flow of good technical talent get away from you.”

Workday is not alone in teaming up to increase the number of women in leadership positions for their tech teams.

Intuit uses a number of strategic partners to identify potential hires, such as the National Center for Women & Information Technology (NCWIT), said Tracy Stone, a global leader, and director for Tech Women at Intuit, an initiative to recruit, develop and advance women at the Mountain View, California-based financial software company. She added that the company also has a large presence at AnitaB.org’s annual Grace Hopper Celebration.

Momentive, meanwhile, uses Path Forward, an organization that helps women return to work after a long absence because they were taking care of children or family members. Companies bring the women on board under a returnship program, similar to an internship. It has paid off for Momentive in increasing the number of women who later become leaders at the company, said Sasa Ferrari, vice president of talent at Momentive.

Gender-neutral job descriptions and having women represented on the interviewing panel are critical to securing interest among potential women leaders.

Momentive has had great success by using gender neutral job descriptions, Ferrari said. Women tech executives, across the board, say it’s imperative for companies to include women on their interviewing teams.

“If your interview panel is entirely male, that is a ginormous red flag,” said Kara Sprague, executive vice president and general manager of BIG-IP at cybersecurity company F5 Networks in Seattle. “That is one of the easiest things for a company to address and if they haven’t addressed it, that’s a big problem.”

Running a diversity sprint may be one of the biggest game changers a company can undertake to alter its leadership gender balance. That was the case for Momentive.

Under Momentive’s diversity sprint, anytime it has a job opening for a director position or above, it reserves the first 30 days of the search to identify women and people of color as part of the applicant pool, before widening the search funnel.

“We do this because we recognize and appreciate the fact that if we just rely on applicants who apply for these roles, the majority of those candidates will probably be white males, particularly in tech,” Ferrari said. “We essentially won’t be giving our hiring managers any choices to make.”

“I would say that culture, by far, is typically at the top of the list,” Momentive’s Ferrari said. “A lot of women leave the workforce due to a hostile work environment, particularly in tech. So, culture becomes really, really critical to them.”

“Once women are in the door, companies need to ensure that they are creating an environment where women can thrive,” Hutchins said. “It’s not enough to invite them to the party. They’ve got to feel like they belong at the party and belong at the table.”

Autodesk also puts culture top and center. It initiated Culture Code in 2018, which among its guidelines calls for supporting employees’ courage by fostering psychological safety by listening openly and providing only constructive feedback.

“Since the rollout of our Culture Code in 2018, we have seen women’s engagement and belonging scores rise and they are essentially equal to men,” said Rita Giacalone, vice president of culture, diversity, and belonging at Autodesk, a San Rafael, California, design software maker. Autodesk’s leadership ranks include 30.5 percent who are women.

Offering a range of benefits is a huge attraction and retention tool for women, said Rhodes, adding that the ability to take extended paid parental leave is particularly important from a family perspective. Workday offers 12 weeks of paid parental leave for those who have had a baby or adopted one within the past 12 months, regardless of when employment at the company began.

Conducting regular pay equity reviews may not only help companies keep out of hot water, like the class action lawsuit against Google, but it also sends a message to prospective job candidates and existing staff who are women that the company strives for equitable compensation among its workforce. Both Intuit and Momentive conduct pay equity reviews and note there are no real statistical differences in pay between men and women at their companies.

Structured advancement programs that entail mentorships and sponsorships casts a bright spotlight for women to follow on their path toward leadership. It’s a common thread among tech companies where 30 percent or more of the leadership teams are composed of women.

For example, at Workday, high-potential women and under-represented employees who aspire to become directors and vice presidents are matched with key leaders who can drive their career progression and growth, Taylor said, in reference to the company’s Aspire Sponsorship Program.

The program is paying off in spades. Sixty-two percent of the women who hold the title of director or higher were promoted from within the company and previously held no leadership role when initially hired.

Raji Arasu, executive vice president and CTO at Autodesk, agrees leaders should extend a helping hand to potential leaders. It happened to her.

“For both women and men who are already in leadership roles, I would encourage them to look for people with potential and take a chance, because someone did that for me,” said Arasu. “I used to be a developer who wrote code. I was a team leader and organized and inspired people, and leaders around me saw the potential in me to be a good people manager. I didn’t think I was ready, but if that manager didn’t take a chance on me it would not have happened.”

Offering a combination of career advancement programs and providing opportunities for current and potential women tech leaders to grow their skills is also a key strategy in increasing the number of women leaders at a company, advises Stone.

“We work on giving women opportunities by giving them projects to showcase and stretch their skills. We ask ourselves if we are giving them the opportunities to be developing and growing so they’ll be ready for the next cycle of promotions,” she said.

Intuit is aiming to increase the number of women in technical roles at all levels of the organization from 28 percent last year to 35 percent by 2023. Currently, women overall represent 33 percent of its leadership team.

Drilling into performance management and talent management processes to ensure bias isn’t creeping in and affecting people’s promotions can potentially remove a huge stumbling block in getting more women leaders onboard, said Sprague.

“Those are the formal interventions that are needed,” she said. Thirty-three percent of F5’s executive team posted on its website are women.

And when will the tech industry achieve enough women in leadership roles? Global gender parity isn’t expected to happen for another 136 years, according to the World Economic Forum’s Global Gender Gap report. That’s up by a third from the WEF’s pre-pandemic estimates of 100 years.

“That’s way too long. Nobody has the patience for that,” said Sprague, a board member for Girls Who Code. “Humanity and our civilization simply can’t afford for it to take that long.”